(That used to be one of Austin's favorite songs to belt in the car. Classic.)

We've been trying this whole young-couple-poverty thing lately, which I'm really bad at.  Basically, I see money in our accounts and want to spend it, but Austin sees children and school and emergencies in the future and wants to save it (the monies).  He's right.

So, to show him how dedicated I am to the cause, I decided to find us a free Friday night date. I didn't want to do anything lame or common, and luckily I saw a post on Facebook that was just the ticket.  125th Year Celebration - Palmyra, NE This town of 600 was doing fireworks and I knew we had to get in on it.  We drove out there through the quaint Nebraska countryside (Austin tried to convince me we should live in the country...I told him I was game if it was within a 10 mile radius of Target) and made it to Palmyra right as it got dark outside. We didn't really know where we were going but we saw cars and people and took that as our cue, so we parked and brought our blankets out and found a nice patch of grass.
I noticed a bunch of fire trucks and ambliances (isn't it adorable when kids pronounce it that way?) really close to where we were camped, and I was kind of like what the beep but I figured it would be fine. Turns out, we were riiiight up where they were lighting the fireworks! It was so intense! I tried to capture how close we were but it turned out kind of lame...
Because we were so close it was SO LOUD and SO AWESOME! We were giggling like we had never seen fireworks before.  They were right overhead so we had to lay down on our blanket which made everything more cozy and fun. 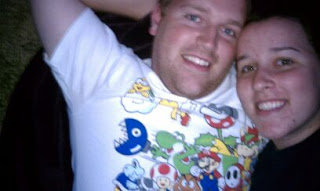 It was a pretty long show and the finale was grand - our ears were bursting and we loved it! Our baby was NOT pleased, however, kicking every time there were big booms and finally just keeping up a constant beat on my tummy until the fireworks were over.

Cue montage of fireworks pics that never turn out right: 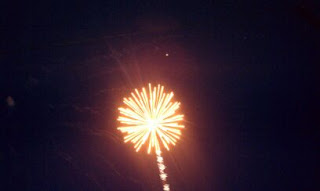 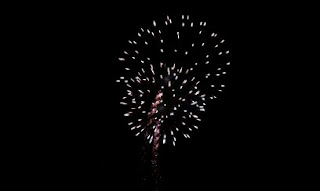 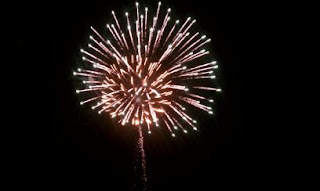 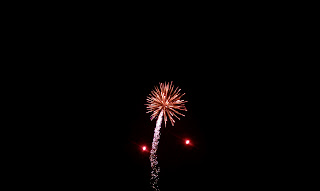 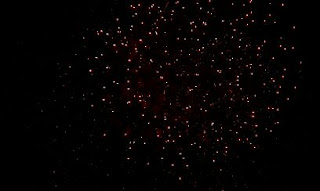 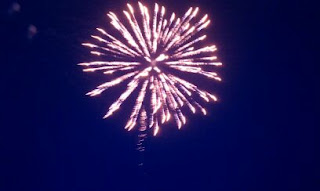 We are absolutely going next year too! (Anyone wanna come with?)

Afterwards we walked to our car (which we thought was an awesome sneaky park job) and found out that our careful plan was thwarted by this total NOOB who thought it would be a good idea to park directly behind us. (We are the white car.) 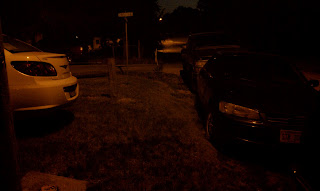 Oh well. It was still a great adventure and FREE and spontaneity at its best!
Posted by Jessie and Austin at 9:58 PM