I forgot to mention a couple of things in my Les Mis/boredom/awkward pictures stupor, so forgive this extra post (or don't read it if you want to be that way!).

One of the reasons I love being at my parent's house is the time I get to spend with my siblings. They are all the best, the best the best. Jack (21), Max (19), Sam (17), and Annie (13) make me laugh, sometimes make me cry, and always make me proud. Yesterday Annie and I went to Target to look at baby things, nail polish, and office supplies, and then she played Call of Duty (no joke) and I read my book next to her. I can't believe she'll be an 8th-grader this fall! 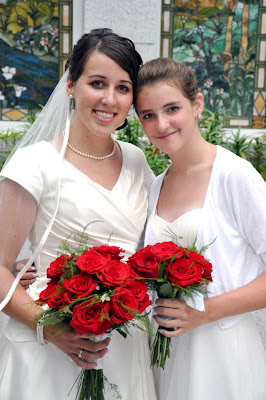 Last night we had Domino's pizza for dinner (woooo Mom left the credit card, the only time we ever get the extras like parmesan bread bites and cinnamon stix!) I made a comment that I felt bad for the 50-year-old delivery boy (man?) and Jack said, "At least he has a job," which prompted Sam to segue (<-- the spelling for the verb that sounds like "sehg-way"...I had to look it up) into a discussion about how people who do drugs still have a day job but own Bentley's and other expensive things. (Wait, what?) I guess you had to be there, but conversations are always interesting at the Plumb's. (Annie kept quiet because she was just glad she got more than one piece of pizza - being the smallest and youngest member of the family, she often gets pizza-shafted.)

Earlier when Jack came home he said, "There was nothing on the radio so I was listening to the classical station" -  props #1, he listens to this kind of stuff occasionally! - "you know, 90.7" - #2, he knows the station! - "and that guy, Vladimir Horowitz" #3, he actually knew who this famous pianist was! "you know? He is amaaaazing. Seriously." I was basking in the glory of this pronouncement. My fabulous twin brother who likes, shall we say, distinctively un-classical music normally, listened to this piano legend, LIKED it, and then cared enough to remember and comment on it! I love him.

Sam and I watched HP4 after dinner just for the "Chinese fireball...oooooooh" part, and then I tried to persuade him to go see the What to Expect movie. I was making significant progress when Max walked in from work to this discussion and said, "Sam...you've got to be kidding. You aren't seeing that." It was bad timing because I know he would have gone with me (which he admitted), mostly because we would have laughed later about how ridiculous it was that we just went saw that movie together. Sigh.

A quick note about my brothers:

Jack was always the protector. I never saw him more mad than when someone pushed Max on a camping trip, and I was careful not to tell him who had said something mean to me because I know he would have beaten them up. I knew my "older" (by 5 minutes) brother always had my back, and still does.

When Max and I were little, we used to get out our parents' nice goblet glasses and have chocolate milk and sit down for what we called "heart-to-hearts." We usually didn't have anything to talk about as 4th- and 2nd- graders, but we still liked to pretend. Now talking to him is still one of my favorite things to do.

As the fourth Plumb to go to the same high school, Sam could have been nervous about living up to the legends (not an exaggeration) that we had left before him, but not only is he becoming his own legend, he is possibly the most successful of us all! (And very humble, which makes me even prouder.) 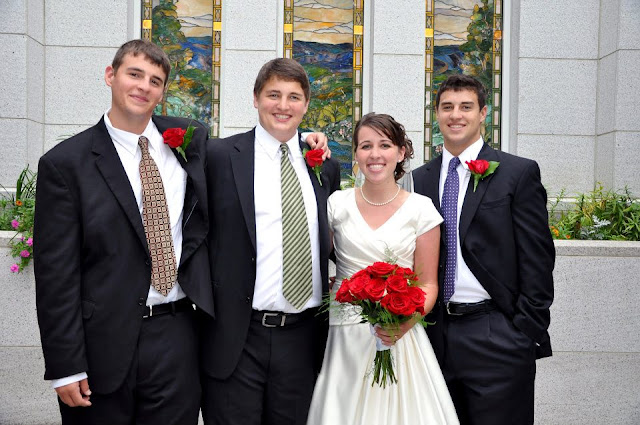 I love my siblings! I can't wait for them to be uncles and an aunt : )
Posted by Jessie and Austin at 1:29 PM