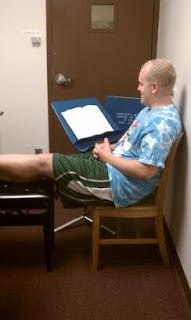 Okay, this isn't Michael (yeah, we're on a first-name basis, no big deal), but it is my fabulous husband who supports me in practicing. He brings a book and reads as I bang out Beethoven and Scriabin. He's such a winner : ) (And, incidentally, ten times more ripped than Michael Phelps.) 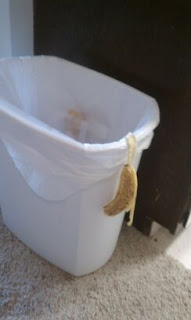 And this is just a funny picture - for some reason the placement of this peel cracked both of us up.

Okay, now to the big guns: U.S. Olympic Swim Trials 2012! My sister won tickets from her swim team so we split them up (thanks Shoogs!). My mom and I went to the Tuesday morning session at the CenturyLink Center in Omaha and it was the BOMB! Naturally, we got treats for pre-, during, and post-trials, but Miss Five-Minutes-of-Power standing at the front doors wouldn't let us bring them in. (As if I'm going to be carrying a bomb in a Panera bag...sigh.) I was ready to let it go but then they wouldn't let me bring in my water bottle full of ice cubes and delicious freezing water, and I wanted to say "exCUSE me, I'm eight months pregnant and I like my water cold, okay?" but I contented myself with a withering glare and proceeded to dump my beautiful water into the flower beds, making sure to sigh audibly. I wasn't willing to part with my bagel, however, so I decided to sneak it in. 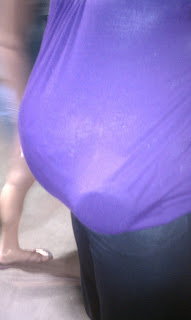 I was daring someone to cross me. We made it in without any more productions though, sending crusties to the rude door monitors (crusty: a look of revulsion, exasperation, and totally deserved judgement). Once we found our "seats" (we may have been a little, shall we say, loose with the numbers on our tickets) we were totally in the zone! It was a BLAST! The pool is awesome, so big and official and legit. 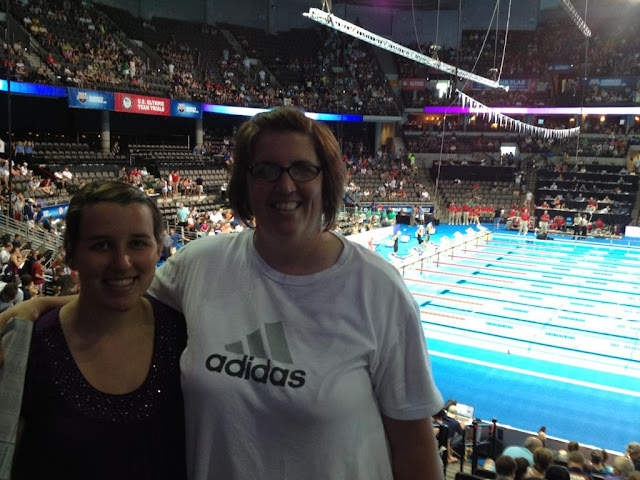 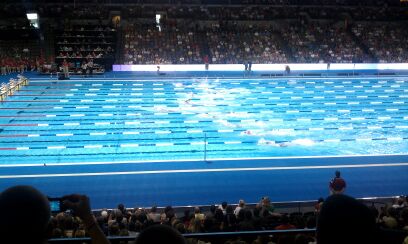 We would choose random people to cheer for and got really into comparing seed times with heat times etc, pretending we were experts. (Which we kind of are, at least a little bit, with all of Annie's swim meets.) Towards the end of the second event I got chills all of a sudden and I said in a hushed voice, "Mom. That's Michael Phelps."

We gaped for what was probably an unacceptable amount of time, but hel-LO! It's Michael PHELPS! Basically we're best friends now. 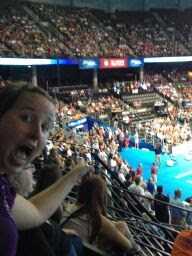 After the race he waved to me (duh...we're bffs, remember?) and did some stretches that I taught him. I mean, the town he is from is like half an hour from where I lived in Maryland...so we're basically related. 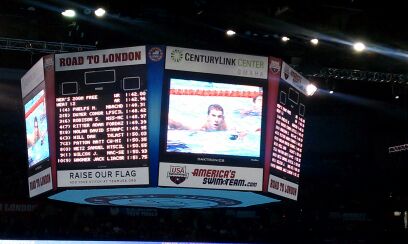 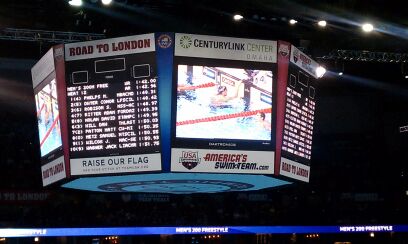 We also saw Ryan Lochte and Natalie Coughlin swim, among others. It was fantastic! I wish I was an athlete - they are so legit. I think that I'm going to walk around in a swim suit when they do the 2016 trials and look official. (Too much?)

My mom and I actually had some practice last weekend for this event - we helped at a swim meet in Lincoln and were obviously the best timers there. 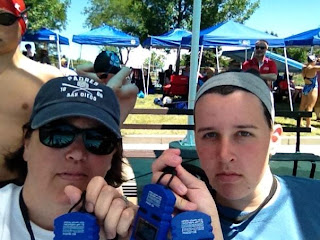 Someone came around with the cart of wonders and offered us freezing, delicious, caramel-colored carbonated beverages. Who were we to say no?! 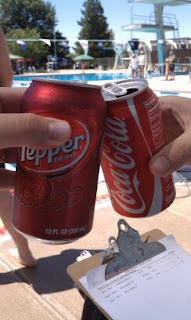 It was a pretty sweet deal. Plus we got to watch Annie swim! She is AWESOME - seriously, she will be at the Olympic Trials in four years. We are already making shirts. (Don't worry, when they pan to the family section, I'll be recognizable even though I'll be sobbing with pride.) 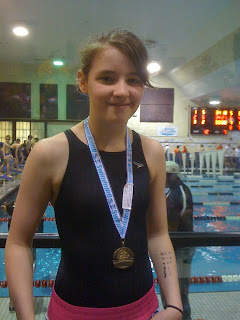 WOO! Go USA! I can't WAIT for the Olympics!
Posted by Jessie and Austin at 3:27 PM