Eight Month Pics and a Lesson

My Grandma sent us some money to get a portrait of Natalie done professionally, so I looked up a cheap deal at Portrait Innovations and off we went to get her pictures taken. Natalie was very curious about everything, so even though we got some great pictures she wasn't as smiley and laughy as she usually is. It was "ooh what's that?" face instead of "look at how cute I am!" face most of the time. 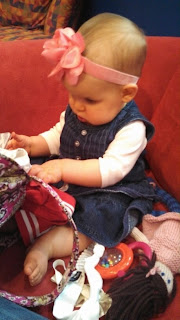 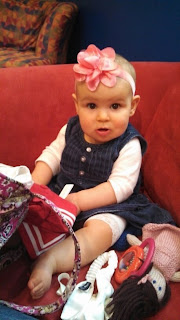 Natalie thought it would be fun to take everything out of the bag while we were waiting. 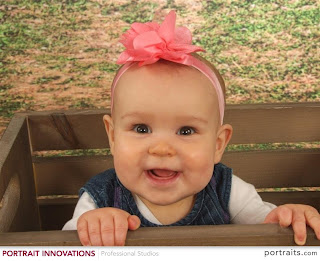 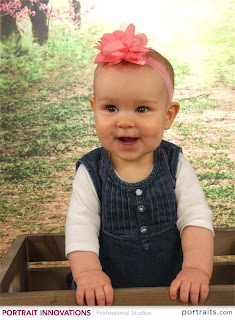 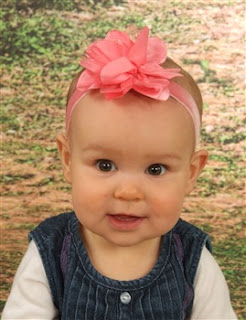 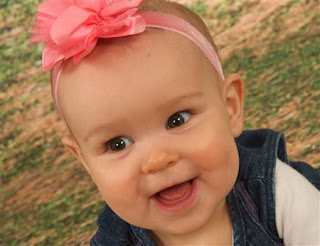 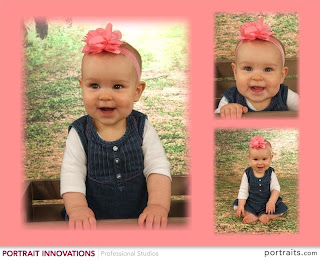 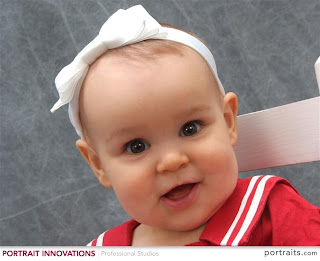 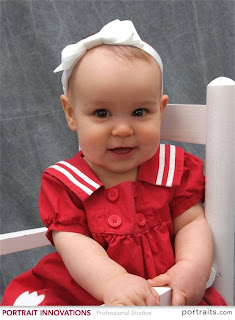 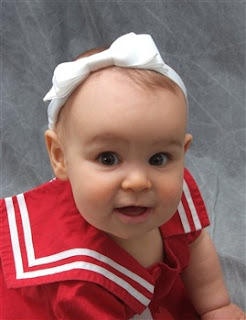 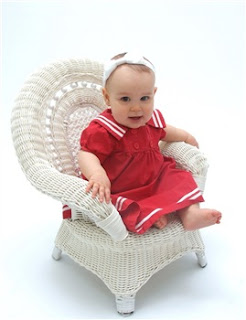 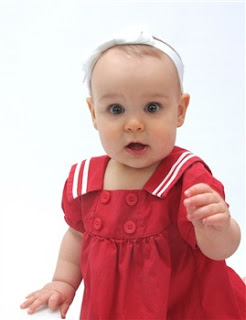 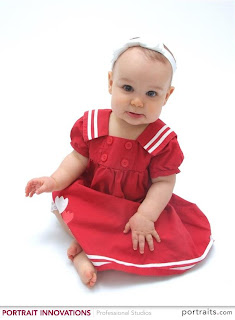 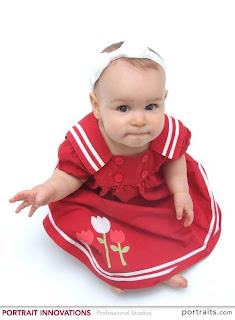 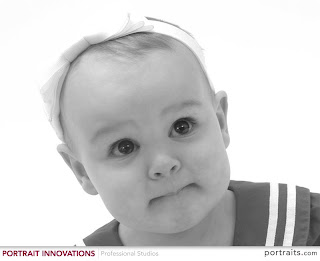 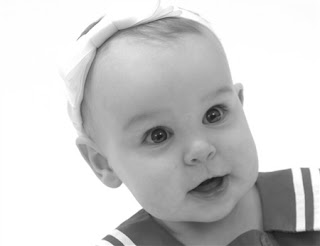 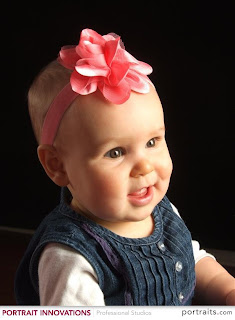 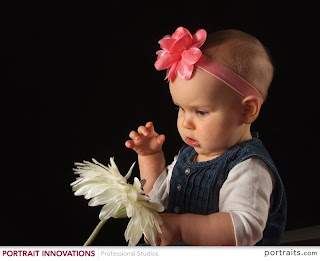 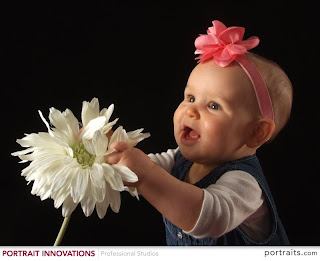 MY LESSON LEARNED...it's long and mostly for me to remember, so feel free to pass by

So we took all the pictures, and then of course they want you to buy the biggest package with four photo books and a canvas picture and five CDs of the shoot and blah blah blah all the unnecessary stuff. I told the lady that I had come with just this coupon in mind ($16.99 for different sized prints of just one photo, and a free tote bag with photo on it) and I wanted to stick with that, even though the pictures were all so cute. She kept trying to bribe me into spending hundreds of dollars and I was like no, no, take that out, I don't want that, until finally she got it down to $99 with three different shots and a CD of all the pictures and some photobooks. All I wanted was the CD and some printed pictures of different poses, but they do it so that when you buy things separately, it ends up being more expensive. She talked me back up to $129 and 9 poses and all the extries, and I was hesitant but the kicker was if I didn't get this package that came with the CD, she told me that all of my pictures would be deleted and I could never order more. This was distressing, since I wanted the sweet shots of my precious baby! But I also wanted to please my husband and keep my word that I was only going to spend what I planned for.

It was HARD. I hate saying no, I hate feeling like I don't get what I want (selfish, I know), I hate having money in the bank but being good and not spending it, and I hated that all the great pictures were going to be deleted if I stuck to the original coupon I brought in. I made excuses and justifications and went ahead with the deal, picking the shots and special effects etc, and then she brought up the last screen with the order summary and total and it ended up being $148. I told her to wait before she sealed the deal, because I just felt really wrong about this decision. I wanted the pictures, I wanted the CD, but I really felt prompted that I needed to do what I promised my husband I would do and stick to my allotted amount. So, sort of begrudgingly, I told her nevermind and that I wanted to go back and just get the one picture with the coupon. She was ticked, and rightfully so because I had wasted all of this time and gotten her hopes up for a big sale, but I knew I had made the right decision.

I got in the car, and burst into tears. I had lost all of those pictures! AH! No one would ever see them, I couldn't make copies for all of our family, and I was so sad that I didn't buy them. But I felt like I had followed the Spirit and made the right decision, right? So why did I feel so bad? Because I'm not used to saying no. I'm not used to going without, not used to sacrificing. I say "I want that!" and then go get it, and it's not healthy, even if we can afford it. What if we can't afford it later? What if we needed that $150 for an emergency or something? Who knows, and none of this was really making me feel better anyway. I called my friend and sounded ridiculous crying over these lost pictures, but I really was upset. Why didn't making the right decision make me feel good?

I was bummed about it when I picked Austin up from work, and he listened to me blab about it for a while, and assured me that he was proud of me and I made the right decision. I perked up, tried to get over myself, and stopped lamenting the lost pictures. After dropping Austin off for his workout, I went home and checked my email. Much to my surprise, I had a message from Portrait Innovations with a link to a gallery of all of my pictures!!!! I couldn't believe it. All of the precious pictures I had been so sad to let go were right there! The lady neglected to tell me that even though they were deleting the pictures from their in-store system, they were still available online...cheap salesmanship that I almost fell for! All of my pictures were right there, ready to order or save to the computer or do whatever I wanted with, and I didn't have to spend $150! I was SO grateful I followed the promptings to just do the coupon and listen to my husband and make the right decision...all of my negative, self-pitying feelings flew away and I was so happy! It really does pay off to do what's right and support your family and stick to your word.

Phew. I just wanted to remember this seemingly unmomentous occasion because it was an important lesson to me about not being greedy or selfish, about thinking of others first and about not excusing yourself away into buying extra things.
Posted by Jessie and Austin at 3:10 PM