As many of you probably don't know, I am totally one of those extreme science fiction/fantasy geeks who dresses in Elvish clothing to go to J. R. R. Tolkien conventions.

Every once in a while I will read what I have deemed "Jessie books," which are books that I would never have thought twice about if Jessie hadn't recommended them to me. Some recent examples have included: Watership Down, The Story of Edgar Sawtelle, and Cold Mountain. But my one true love is and will always be fantasy. I love traveling to other worlds where magic is possible and people solve problems with swords amd magic instead of computers and smart-bombs.

Anyways, one of my all-time favorite fantasy series is the late Robert Jordan's Wheel of Time. It is a 14 volume, 12,000 page behemoth of a series, and every chapter is absolutely fantastic. 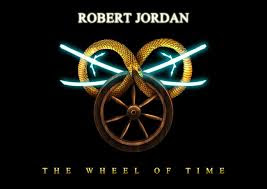 Unfortunately, Robert Jordan himself died after 11 books, and the world groaned as every Wheel of Time fan across the globe simultaneously began to weep. Uncontrollably. We thought our beloved series would never reach a conclusion. Fortunately for fantasy fans everywhere, Brandon Sanderson stepped onto the stage. Robert Jordan's wife, Harriet, had previously read some of Sanderson's work, and decided that he would be the best choice to write the final books of the series. And he did. And it was beautiful. It was quite honestly the most satisfying conclusion to a series that I have ever read. I won't even hesitate to say that I cried when I read the last 2 chapters.

Anyways, after reading the final books of the Wheel of Time, I quickly became obsessed with Brandon Sanderson's work. He has 17 published works, and I read all of them within a matter of weeks. THEY ARE SO GOOD! I recommend them to everyone I meet. I even convinced Jessie to read one, and now it is on her list of top 5 favorite books, even though she is normally not a fantasy fan.
Anyways, one of my wildest dreams came true yesterday. I was able to meet Brandon Sanderson himself! He is currently on tour for his new book The Rithmatist, and he made an appearance at the Barnes and Noble in Omaha! It was seriously one of the greatest moments of my life. Here is the list of the greatest moments of my life:
1. Marrying my perfect wife.
2. Having a perfect little baby girl.
3. Meeting Brandon Sanderson.

He is a really cool guy. He is funny, charismatic, and extremely good to his fans. Every person who stood in line to meet him was able to get as many books signed as they wanted, and he let everyone ask him personal questions and get pictures with him.
Anyways, he's the man! I exhort everyone who reads this blog to read a Brandon Sanderson book!
Posted by Jessie and Austin at 11:01 PM