Natalie is in a very independent (read: MESSY) mode currently. She prefers the room to look like she has been in it and leaves a trail of toys, food, etc wherever she goes. Usually she just dumps out her toy basket or spreads blocks all over the floor, but sometimes she gets a little more creative. 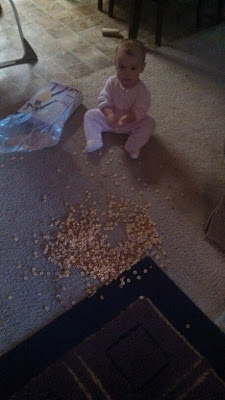 I left her alone for literally 30 seconds while I put my socks on. She went to the cereal cabinet, dragged the box out to the carpet, and right as I got off the couch post-socks she dumped it right out in between us. She looked at me for maybe five seconds and then decided, "well, Mommy's not saying no, and I'm hungry and did all this work, soooo impromptu snack time!" 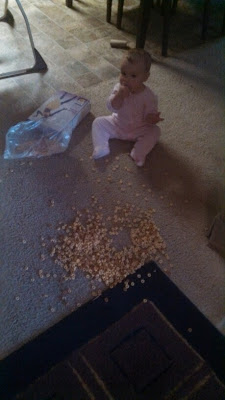 I chalked it up to a good excuse to vacuum, no harm done. Right? 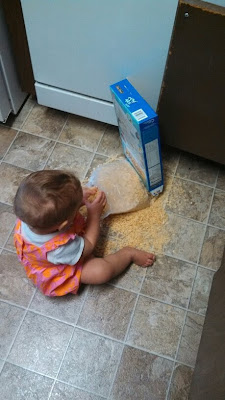 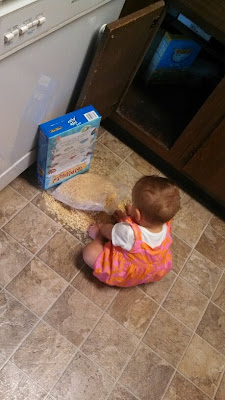 This time I was extra wary and when I noticed her gravitating towards the cereal cupboard I listened extra close, but the water was boiling for lunch and just as I turned around I heard the cascading waterfall of rice crispies going onto the floor. She's a master cereal dumper! She got away with it twice, right under my nose! I was tempted to be sort of frustrated but I decided it was a good opportunity to let her play and explore, so she proceeded to get messier and messier until I didn't want the radius of the crispies to spread any farther. 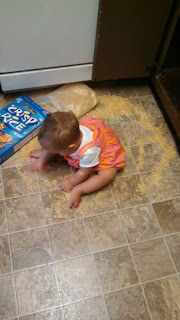 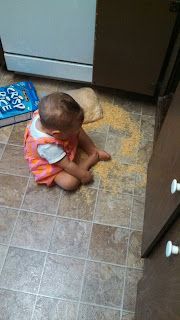 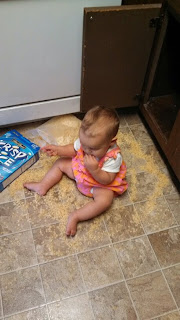 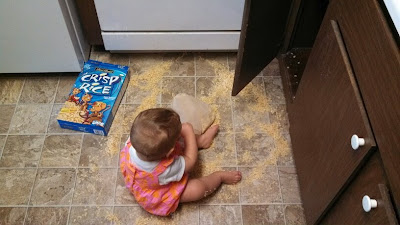 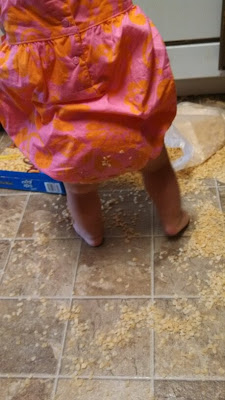 Those little puffs got in every crevice of Natalie's outfit and body - she was leaking crispies the whole rest of the day. I found them on the changing table, in her carseat, and, of course, on the floor. I made her sit in the high chair and watch me sweep up all the debris - she had her milk and scepter, so she didn't mind. 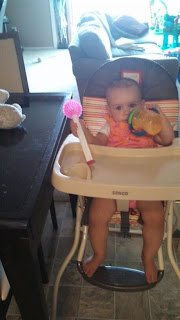 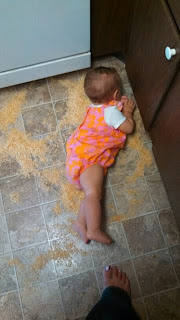 Oh yeah, and when she was done playing she kept trying to stand up and walk out, but the cereal was so slippery she kept losing her balance and slipping all over the place, spreading the crispies even further and frustrating herself. It was pretty amusing : )


Also: rice crispy dust is impossible to get rid of. It literally panned out in a layer over everything within five feet of the incident. The whole rest of the day our toes had a light flaky film whenever we walked in the kitchen. Thanks, Natsby!

On the SAME day, she decided to do Kitty's hair and makeup while I was in the shower: 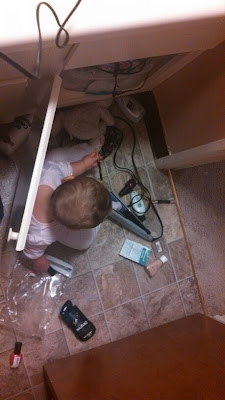 She loves clamping the straightener and chewing on nail polish bottles. Notice Kitty stuffed under the cabinet to her left.

Other messes Natalie has made lately:

We gave her a ball of yarn and she went CRAZY over it - she dragged it everywhere, got it all tangled up, and tried to pull it by just the very end, getting the rest caught on everything as she walked down the halls. 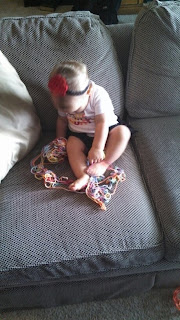 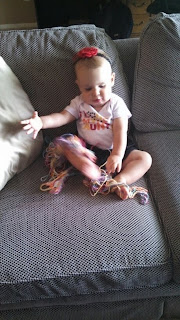 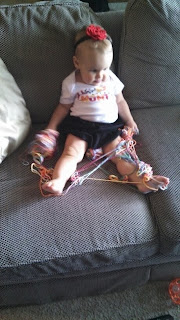 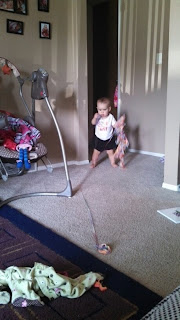 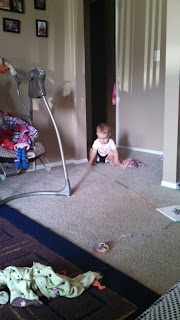 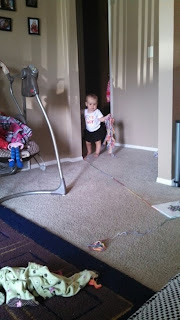 Now that she eats primarily "real" food, mostly with her hands, mealtimes are messy occasions, too. She loves fruit, toast with jam, cereal, and pasta, plus moochings of whatever Austin and I are eating. 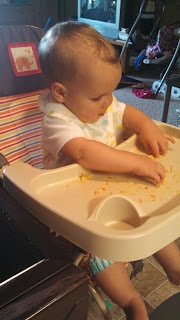 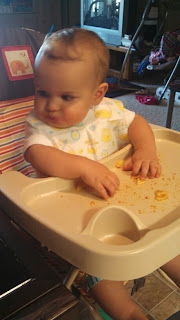 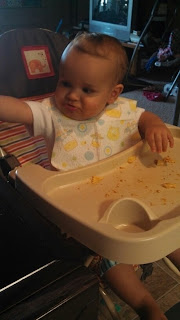 We tidy every night so it doesn't get into full disaster mode, but sometimes it does get a little out of control.

Other times it looks neat and organized, and it makes me happy: 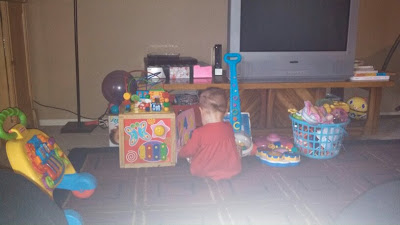 I guess I'd rather have messes all over the place than a pristine home, because that means I have a happy rambunctious little person running around : ) (However, I shudder to think what state my house will be in when I have more children...jump that hurdle when I get to it, I guess!)
Posted by Jessie and Austin at 3:15 PM