Yup, we have a Crankalie on our hands. I think teeth coming in, nap issues, and more independence are all conspiring against us to make for one fussy baby. Actually, "fussy" for Natalie is probably "normal" for a lot of others, but we are used to all smiles and cooperation all day, so this is one of those unusual times for us. We just do what we can, stay patient, and have lots of cozies and loves to help her know it's going to be okay.

We also do fun things to try to stay happy! This morning before church Natalie played with a spoon/ball contraption and the classic jar/lid entertainment. 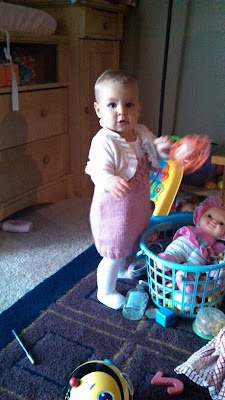 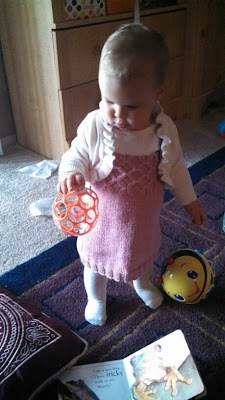 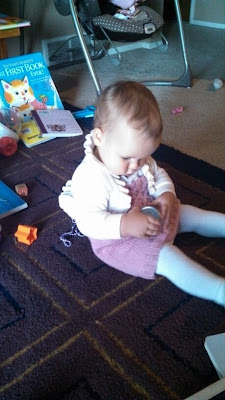 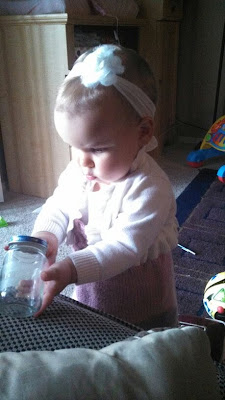 We also visited Papillion to hang out with the Plumbs and Natalie had fun playing outside, even though she stayed close to my knee most of the time. 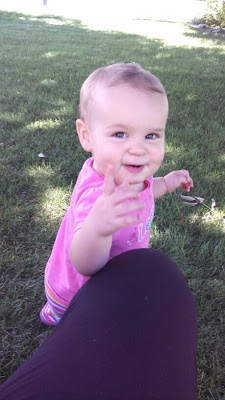 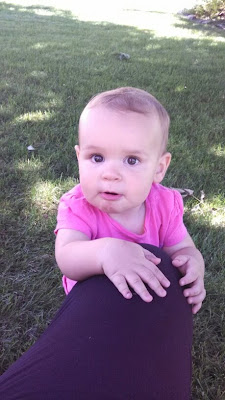 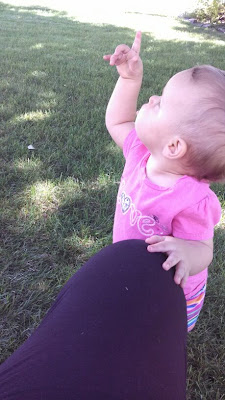 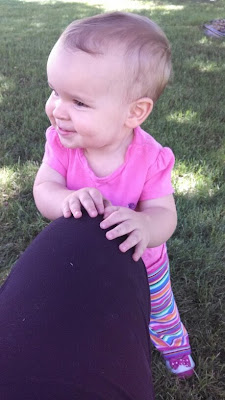 I went to see my dad in action at his band practice - yes, my dad is in a rock band and it is awesome. He's the man!

Natalie and Austin came with, but she fell asleep on the way so Austin stayed out there and read his book. They were both asleep when I came back : ) 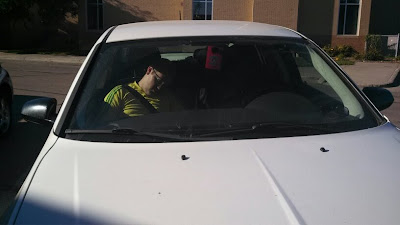 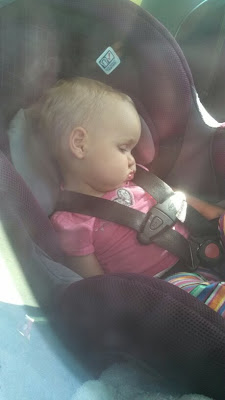 This weekend we also "watched" the first Husker game of the season...I say "watched" skeptically because it wasn't broadcast on any of our channels and Natalie was asleep when the game started so we couldn't go anywhere; we tried streaming it online but it was shotty so we just did ESPN GameCast while we moped on the couch. Hopefully we'll actually see next week's game! 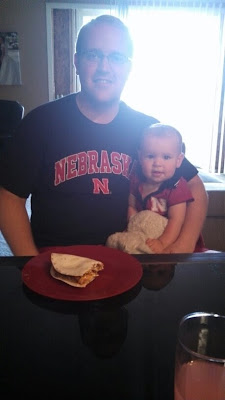 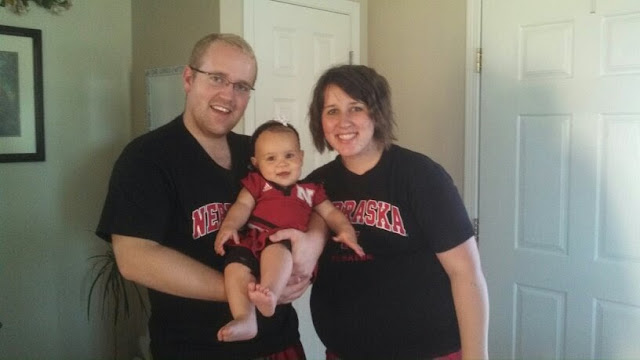 Speaking of college football, my brother Sam played at his first game of the season (and ever, actually) in the U of Michigan Marching Band, and this week he made the actual marching block so he gets to be on the field and play in the pre-game march...SO AWESOME! My parents have been planning a trip to see him march at one of the games in Michigan in November, and Austin surprised me tonight by saying that we should try to go too!!! Even if it doesn't work out, it made me love him even more that he would be so thoughtful and cute to suggest something that he knows means so much to me. The best!

Aaaand this is how I drove home tonight : ) Natsby was not being happy and needed her mommy in the backseat, but I barely fit between her and the laundry, I couldn't get the seat belt to fit right, and then the seat belt locked and it was too much of a hassle to try to meander my way through all the obstacles to fix it. And it was digging into my neck, so I used Natalie's shorts to try to soften the situation. The things we do for our children : )

Here's to a happier, less cranky week!
Posted by Jessie and Austin at 9:18 PM