A Day in the Life of a Ladybug

On Halloween, Natsby wore her costume alllll day. It made mundane things exciting, and I never got over how adorable she looked in her little black tights and fluffy furry ladybug costume, complete with floppy antennae. 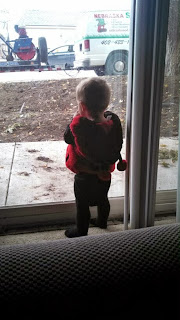 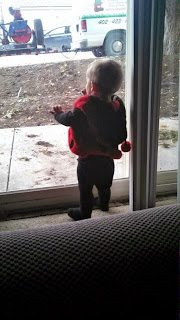 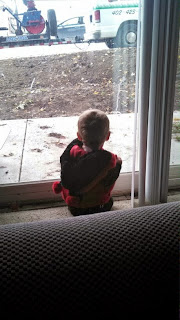 watching the endlessly fascinating construction workers (look, we had DIRT back then!) 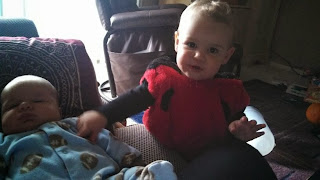 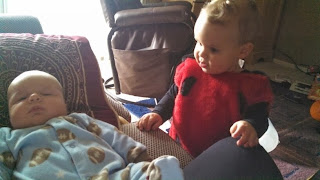 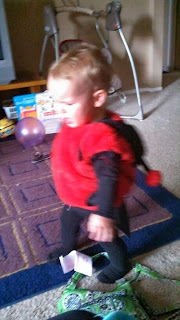 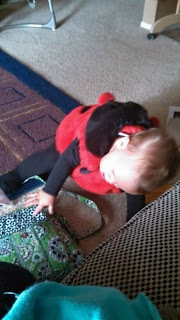 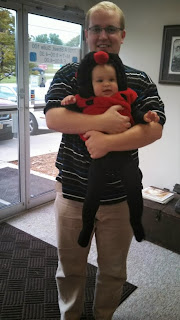 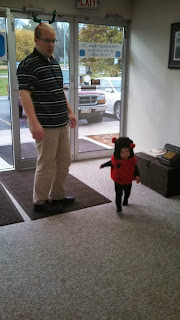 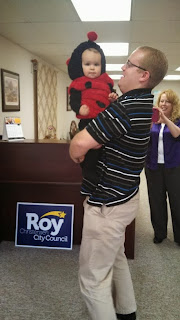 followed by a trip to visit Daddy at work 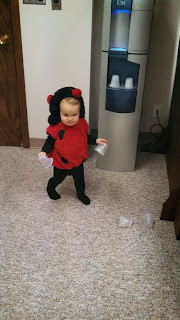 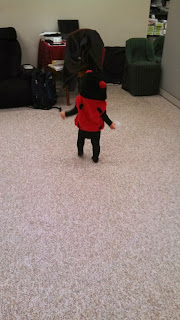 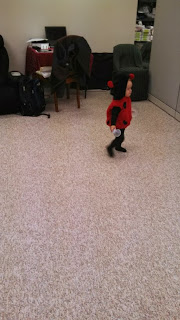 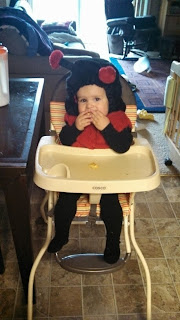 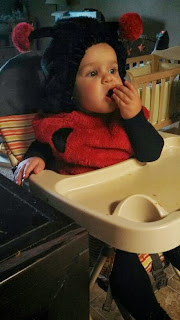 then we had lunch, milk, reading time, and nap time 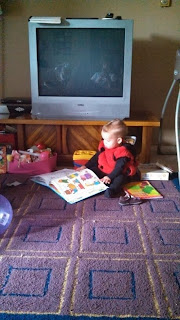 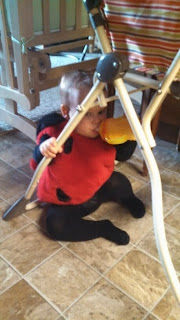 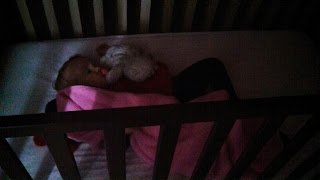 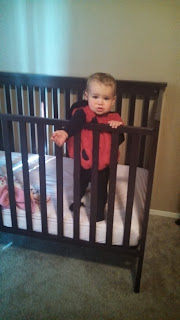 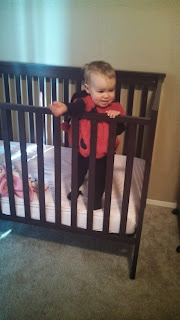 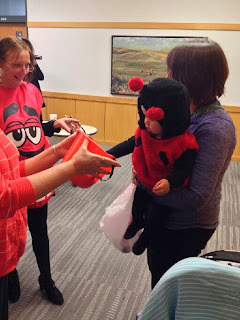 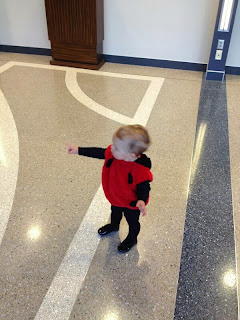 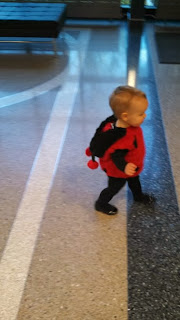 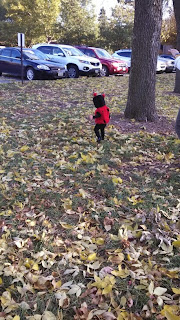 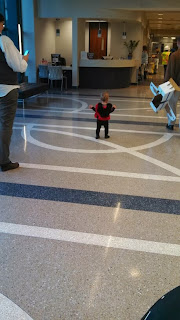 we played in leaves, ran around at the school, and then came home and played with Grammy 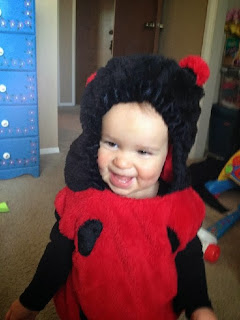 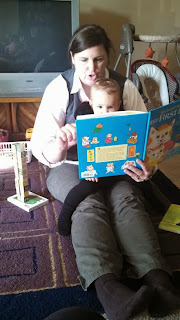 I don't know where the other pictures went, but we had friends over for our traditional Halloween dinner (Papa John's) and carved pumpkins and enjoyed being together.

I'm sure the ladybug costume will make a reappearance in the future!
Posted by Jessie and Austin at 8:54 PM