Natalie has been in a little better mood lately and I am definitely relieved - it's nice to not worry about a freak-out every two seconds. She is so fun; she loves to play! Jumping in her crib, stacking cups, pushing the popper, showing Stockton toys, swinging, reading books, dumping out the diapers, playing with the syrup...she does it all and it's hard to get mad when she messes things up or gets into things that are off-limits because she does it with so much joy!

The humidifier is not a new installment in our home but Natalie only just noticed that there is air coming out of it - she stood in front of it like some sort of beach model in the wind, ha! 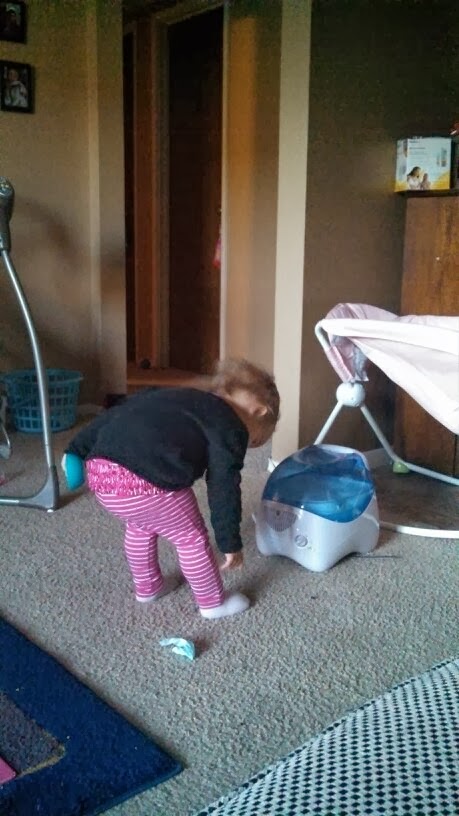 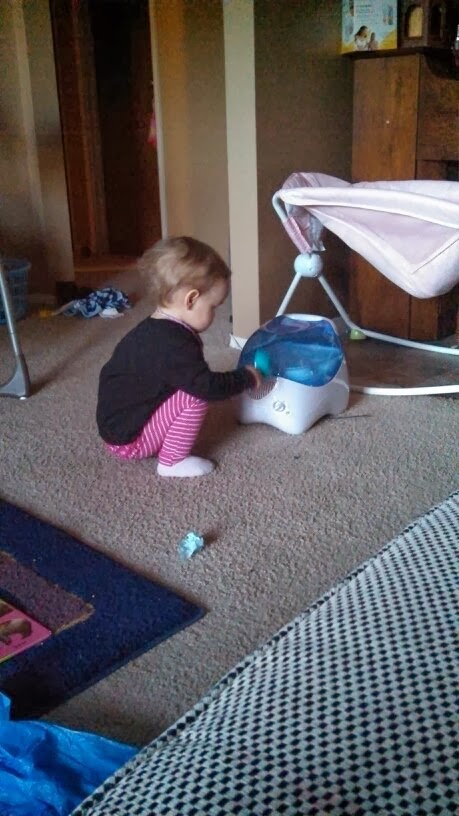 I know parents are all partial to their own children, but isn't she just a beautiful little girl? Dark, sparkly brown eyes, curly wisps of hair, perfect princess lips. I could wax eloquent on her every little feature, but I'll spare you this time : ) 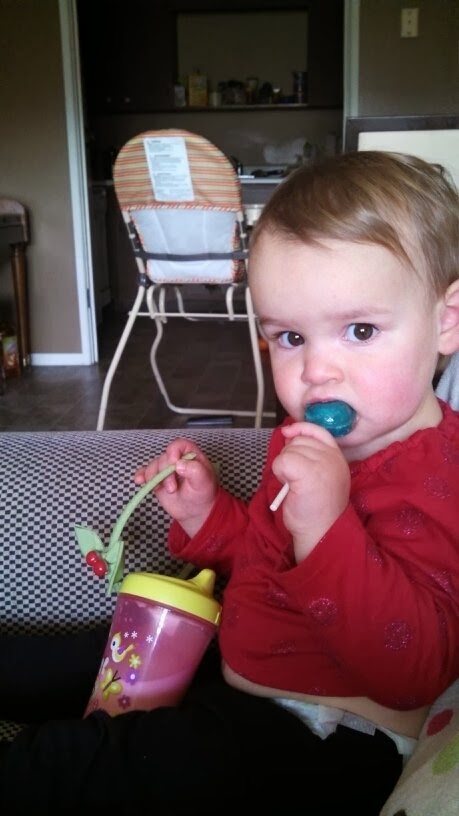 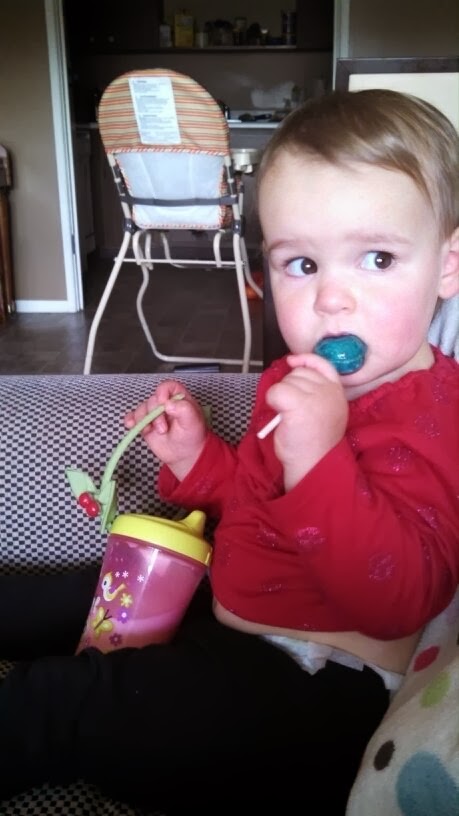 Let's see if I can capture some more of her personality:

-she doesn't walk anywhere, she races. it's not that she's in a hurry, she just is on to the next thing and doesn't want to waste any time. she takes a bunch of little steps in quick succession so it gives a sort of hop/run effect.
-she loves recognizing something and then pointing at it as her eyes light up ("beetho!" "momma!" "kitty!")
-she never says "please" in a whiny, drawn-out voice, it's always short and flat, and she says it "meese."
-she really loves not having pants on. i'm not sure why, except i guess we all need a break from pants once in a while. it's been death match 3000 every time we try to put pants on lately.
-she's not afraid of anyone or anything except sometimes the vacuum.
-she gets a kick out of going into her room and finding something to bring out and show me, like a cup or horse or water bottle.
-she loves saying words and following directions. unless of course they involve doing something she doesn't want to do, in which case she'll either ignore you completely or wrinkle her face into the pre-shriek that is stopped by a curt, "Natsby. Is that necessary?"
-the way she says "puppy" is just the most heart-meltingly adorable thing in the entire world 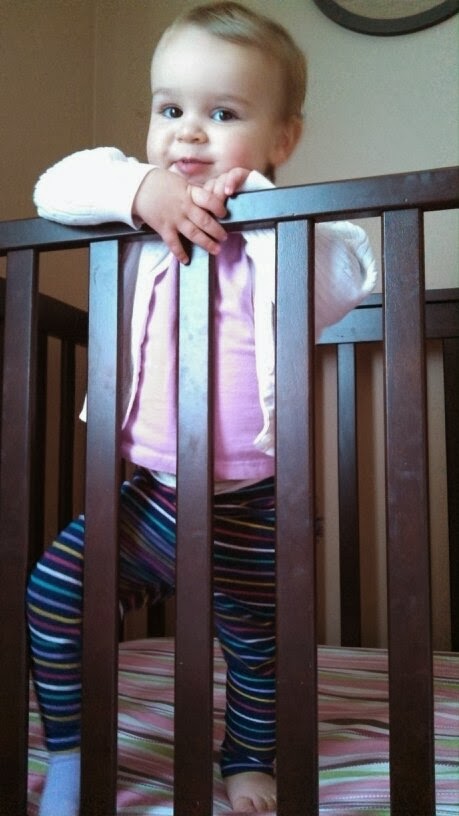 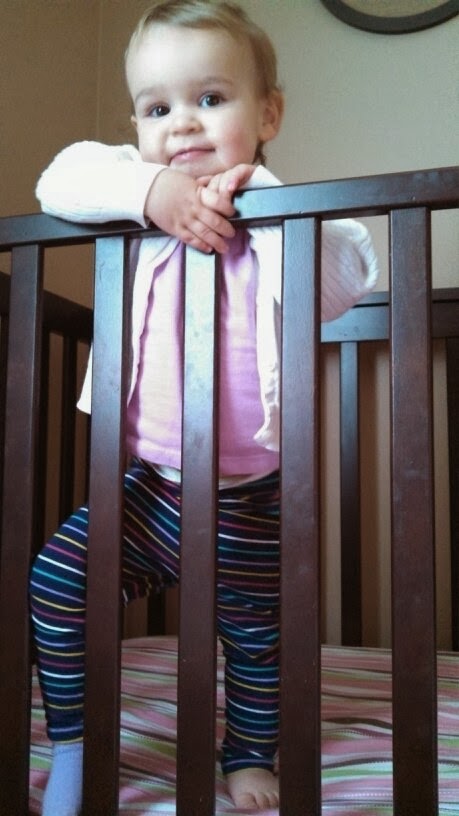 Natsby is vibrant and curious and lovely. I will never get tired of her saying "Mommy" or "Momma," although I suppose I'll have to accept just "Mom" someday. I love our little girl : )

(I almost forgot - add this to the top 5 Natalie cutest moments:

I asked if she was ready for her nap and she said yeah yeah! and I told her to find her Kitty and I'd grab her "meem" (bink) and blankie...she went running off into her room and I finished feeding Stockton for another minute. I wasn't hearing noises from her room anymore so I didn't know what she was doing, and when I went in there she was nowhere to be found! I panicked for about half a second before I saw her two little socked feet sticking out from under the crib. I bent down to look and she had crawled under there for a stray bink and was contentedly sucking on it while hugging Kitty close to her chest and falling asleep. It seriously was the most precious thing I've ever seen. All her tantrums last week were worth this little priceless moment.)

(Also, the fact that she asks for and desires naps is about the greatest achievement in my parenting career so far. Except she taught herself that, so she should really get the credit. Whatever, it's the best!)
Posted by Jessie and Austin at 1:25 PM