This month has been full of the zoo! We go at least once a week (usually more) and love it. Natalie takes us on a brief tour of the reindeer, horses, penguins, fishies, and otters, and then runs to the sand area to play. After a while I'll gently (and then more determinedly) prod her to explore the rest of the zoo, so she runs to the camels at the back and plays around their enclosure for a while, and then is usually ready for a sippy in the stroller as we head back to the car. It's so nice to just let her roam - I'm so grateful for a sweet, content Stockton that allows us to follow his sister's whims! He just hangs out in the stroller, munching on his caterpillar toy and being cute. He loves playing on the bench while Natalie plays in the sand. 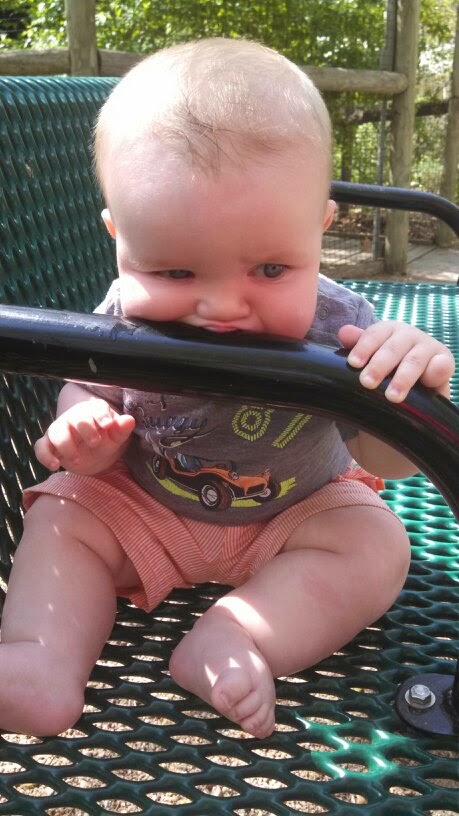 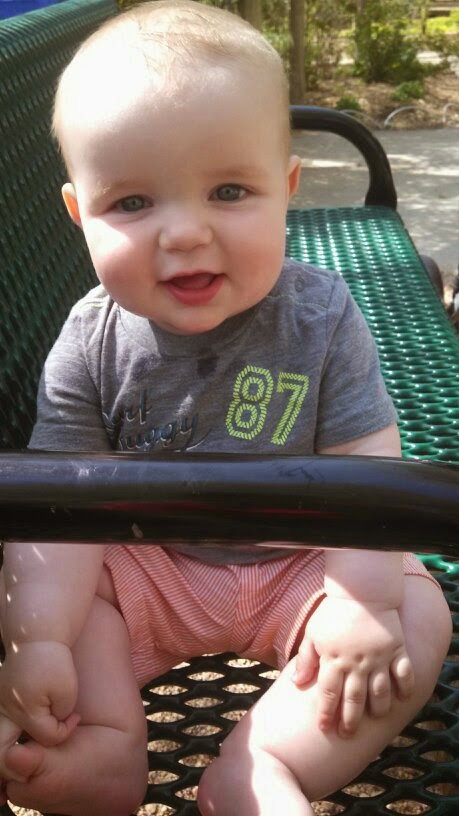 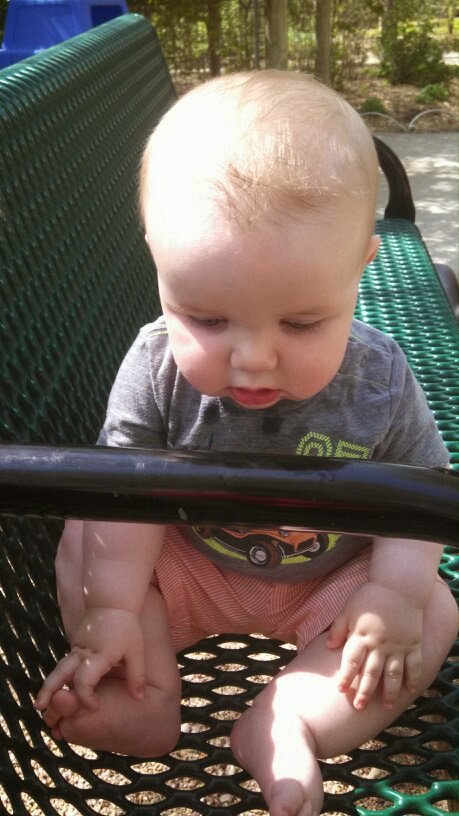 We've figured out that NO ONE goes in the afternoon, so some days we go after nap time instead of in the morning. It's fun with all the kids around, but it's nice to let Natalie play on the equipment without swarms of preschoolers. 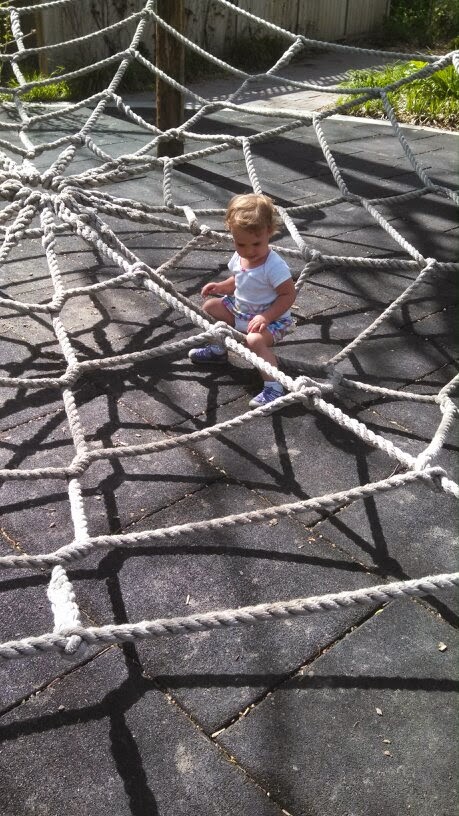 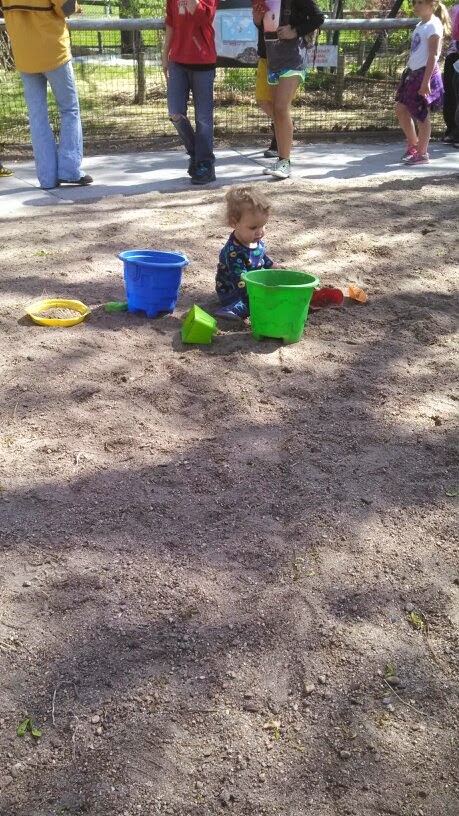 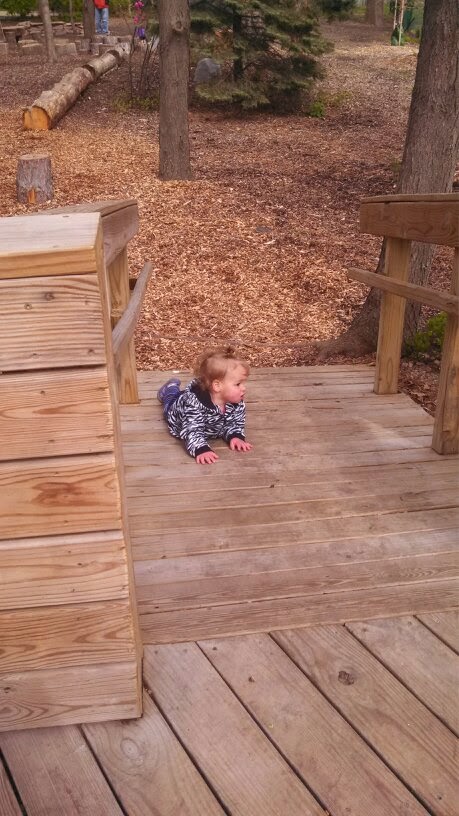 It's fun when we get to come with friends, too! Natalie will happily tell you that the fishies are having their "yunch" (lunch) and that the otters are "tozy" (cozy) as they take naps and that the horsie's name is "rella" (Cinderella). It's a blast!

We've spent some time on our favorite country trail lately, including a Saturday morning with all of the Lincoln Poulsens which was great! I wish we could do family outings like that more often. Now when we go back to the trail Natalie says "gamma! gampa!" expecting them to be there too. 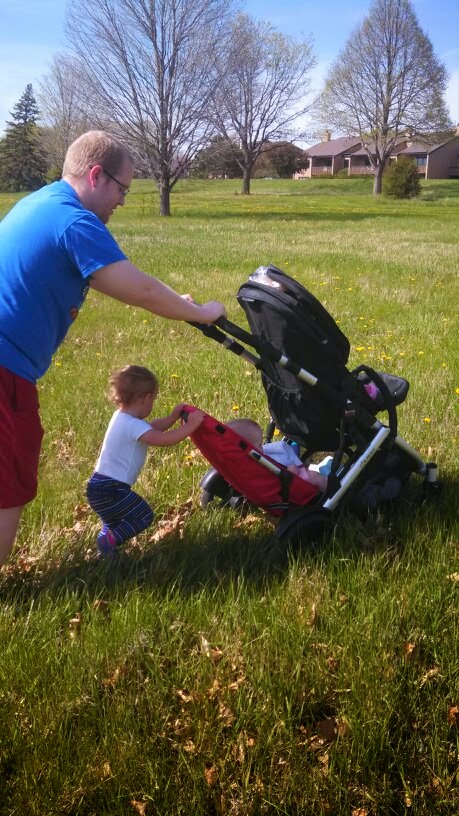 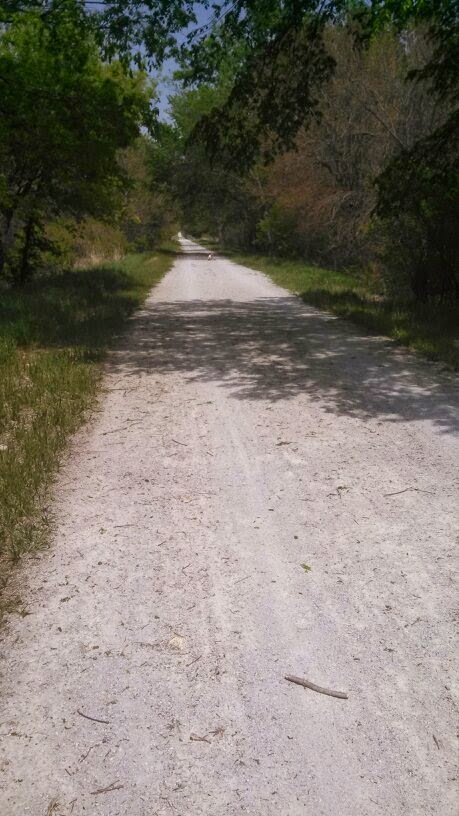 the white dot in the middle of the path way back there is Natalie..she wouldn't follow me lol 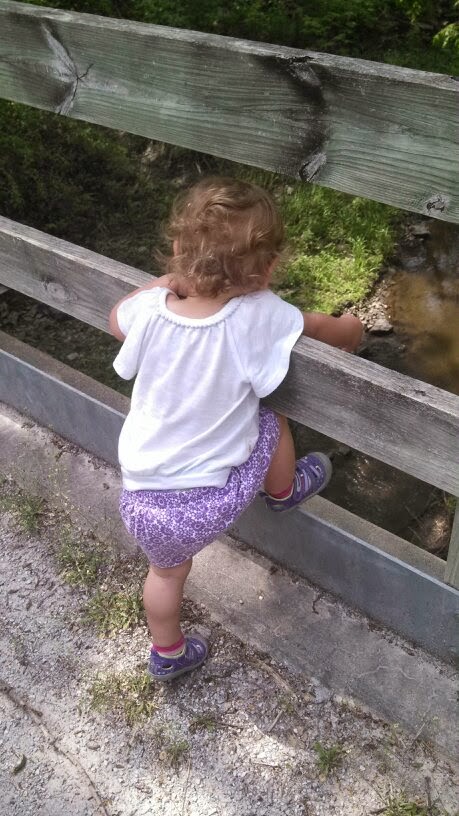 throwing rocks into the river

We tried a new donut place for Doughnut Saturday - it's downtown in the Haymarket and IT IS INCREDIBLE. Gourmet donuts on crack...we tried lemon poppyseed, blackberry pie, and oreo cake. Delicious. The place is called the Doughnut Hole and is run by two brothers (who were models in New York, what?) and their friend who looks like a young Arthur Weasley (so, not a model haha but more of the quirky, comical type.) It's an awesome place - if you're in Lincoln you must venture out there! 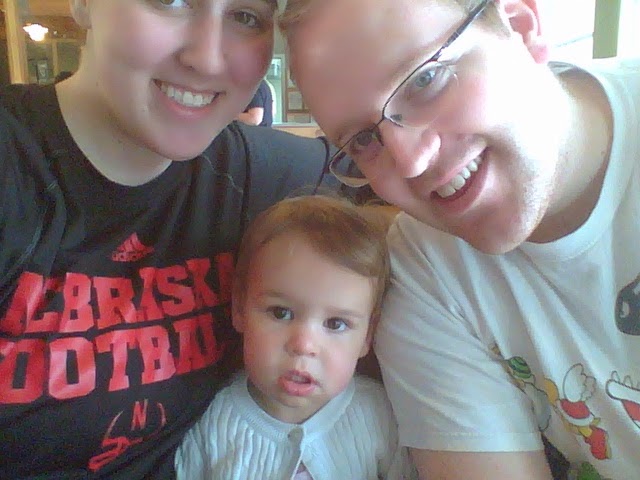 donut selfie stupor
My mom and Sam came to hang out with us one night and watched the kids while Austin and I got to go out - we had a delicious dinner at Granite City (gotta have those Idaho 'chos, you know) and then Austin took me shopping for a swimsuit for Mother's Day. It was fabulous...I don't remember the last time we went out unaccompanied, and now we have the bug and want to do it again soon! 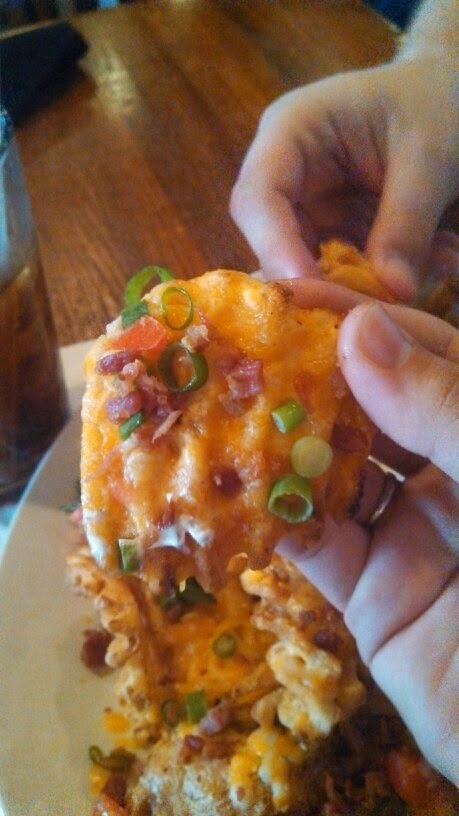 Natalie loves the car cart at the store - she thinks that getting two wheels all to herself is heaven, and she shrieks "weee-uls, weee-uls!" the whole time. 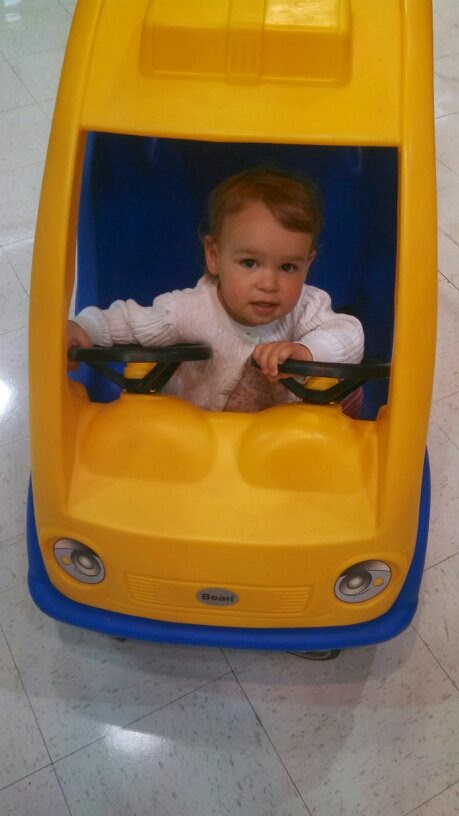 She got her very first cookie dough spoon this month and couldn't get enough...I don't think I've ever seen a cleaner spoon haha. 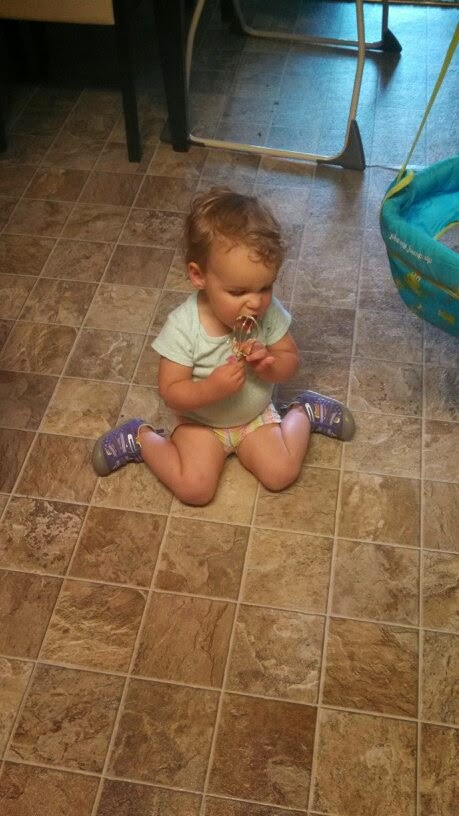 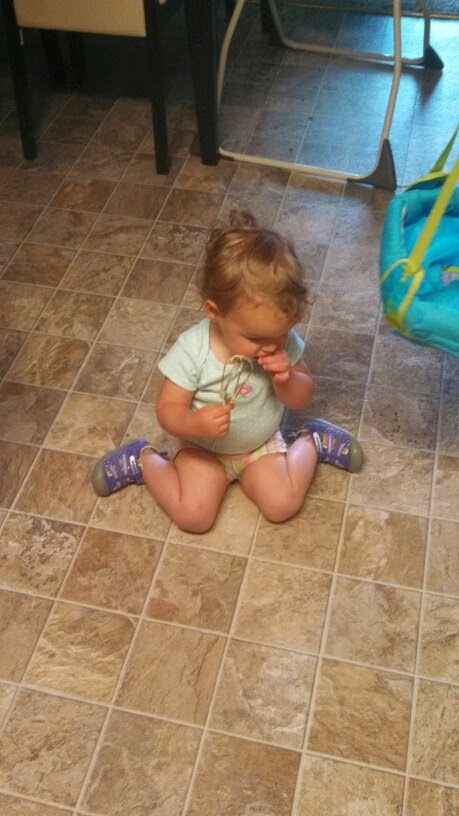 Sometimes as I'm cooking in the kitchen, Natalie will want to join in, so I grab our aprons and her stepping stool and she stirs in the sink while I do my thing. It makes me giddy every time - it feels like the quintessential mother/daughter activity, you know? I love spending time with my Natsby! 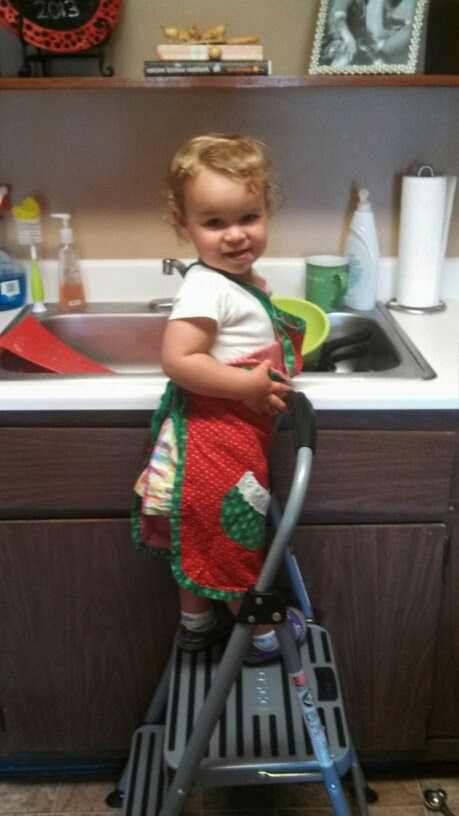 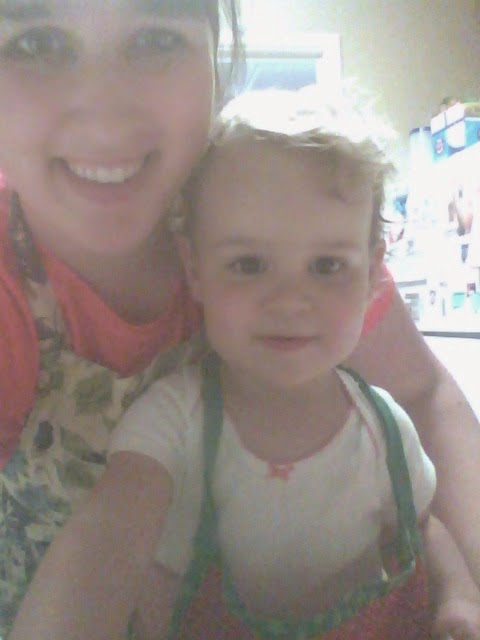 Another one of her favorite things is jello. She LOVES jello, and always gets so sneaky and excited and wry when she suggests having it as a snack...these are her jello faces: 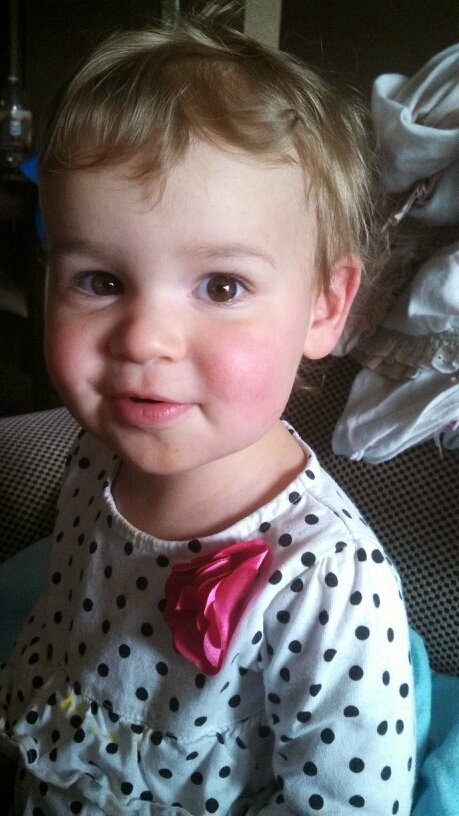 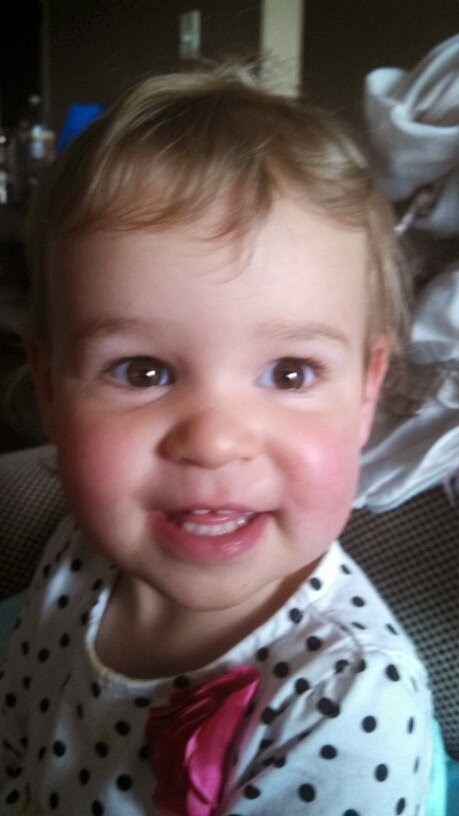 Sometimes we don't feel like going anywhere or just need to veg after an outing, so we watch Natalie's current favorite movie, "new!" (Monsters University. Monsters, Inc is "old." Smart, right?) She thinks Sulley is the greatest thing since fruit snacks (which she loves almost as much as jello. Maybe more.) 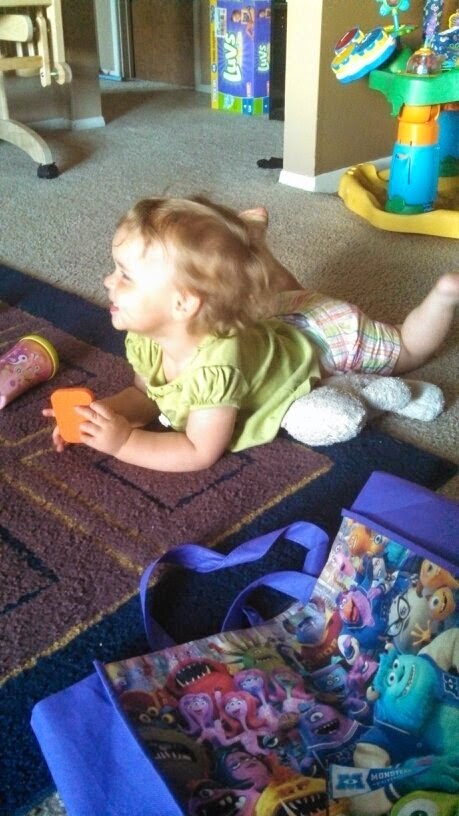 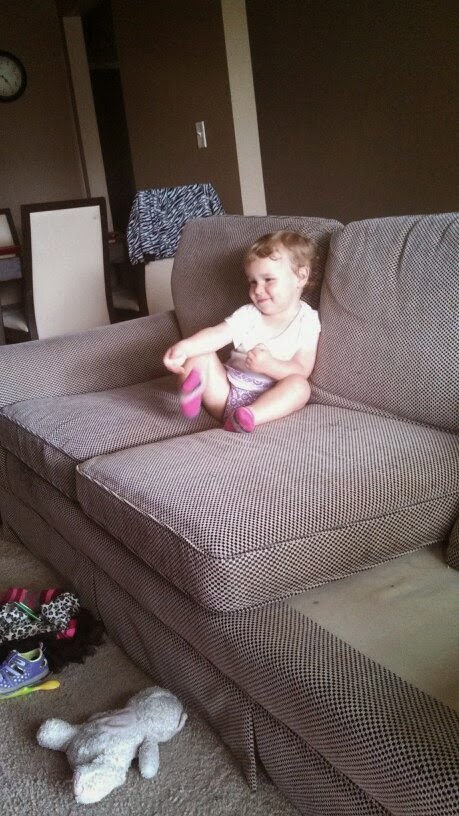 Stockton participates in all of this as a trusty sidekick - he is such a cool dude! He just hangs out, going along with whatever us girls feel like doing. Then he takes very cute naps (we've been doing the one-arm swaddle lately, it works wonders!) He's coming into his personality and showing more independence and preference for certain things, like when he feels like being in the exersaucer and when he'd rather roll around on the floor. I love his warm post-nap cheeks and squishy arms and soft baby skin. He is so wonderful! 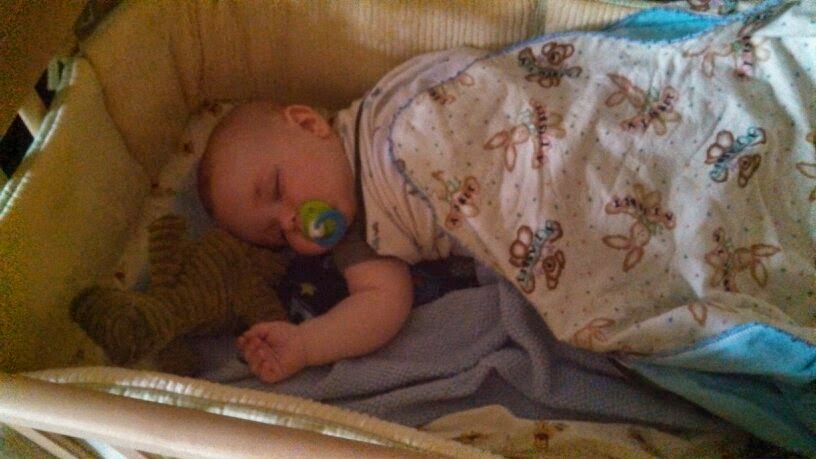 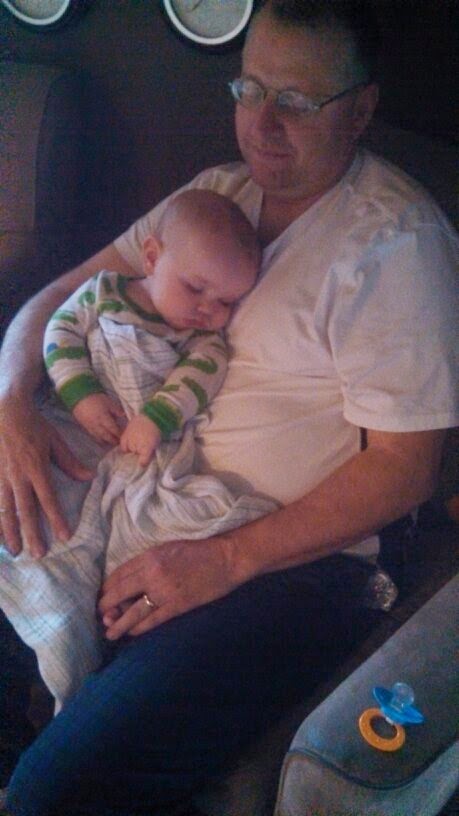 asleep with Pop-Pop after skyping with Uncle Max in Germany 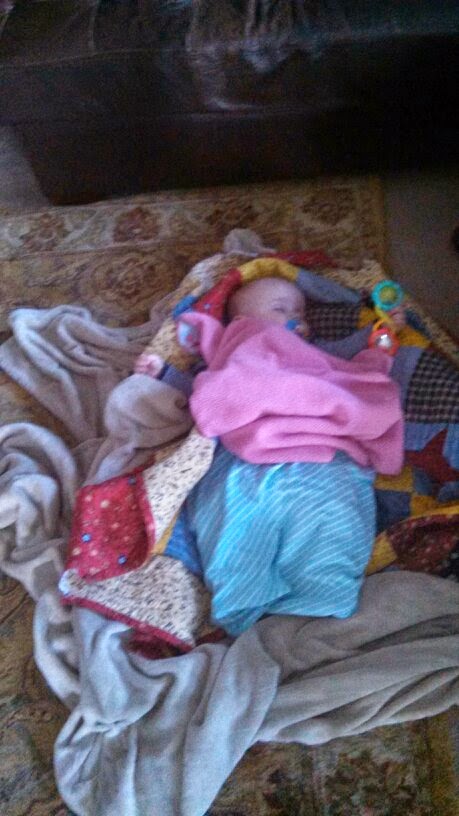 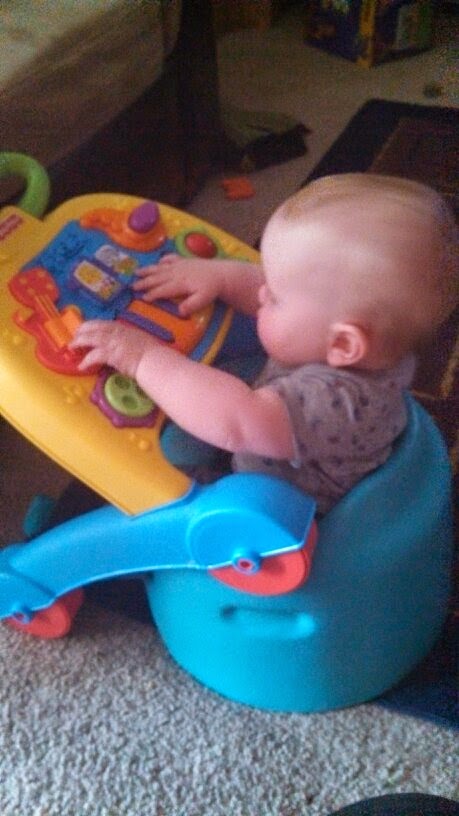 What a handsome boy, gosh! 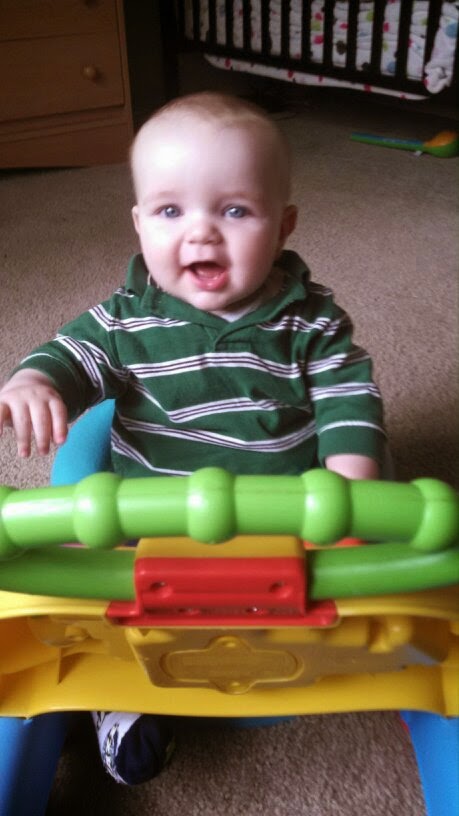 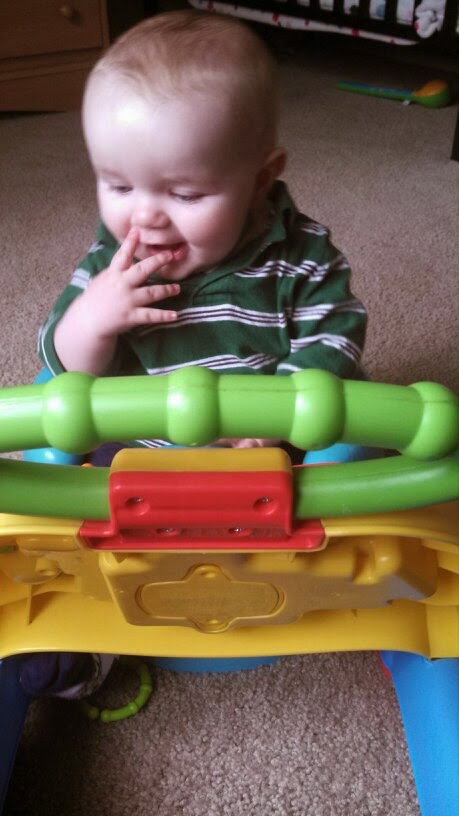 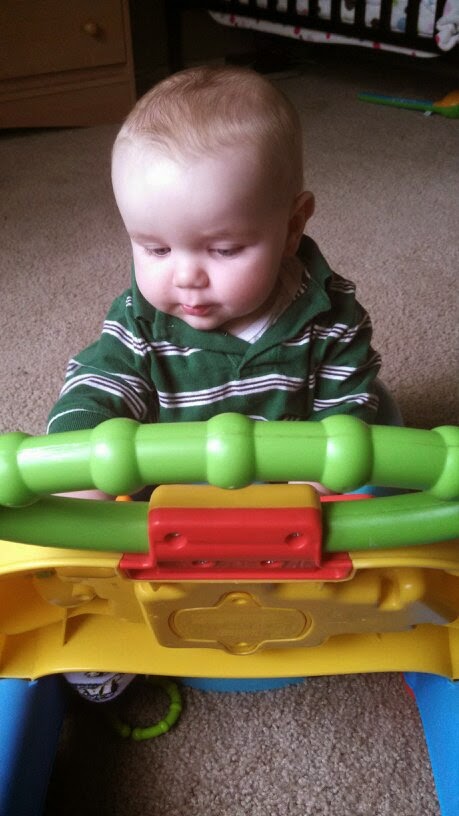 Posted by Jessie and Austin at 8:46 PM