Mr. Stockton decided he wasn't interested in nursing anymore after he had the option of the convenient and fast bottle - I didn't feel like pushing it so we are now fully in Bottle Land. It's actually great - I love being able to have other people feed him and not have to worry about working around nursing times. It's nice to have this new flexibility. It's also fun for him to hold it himself! 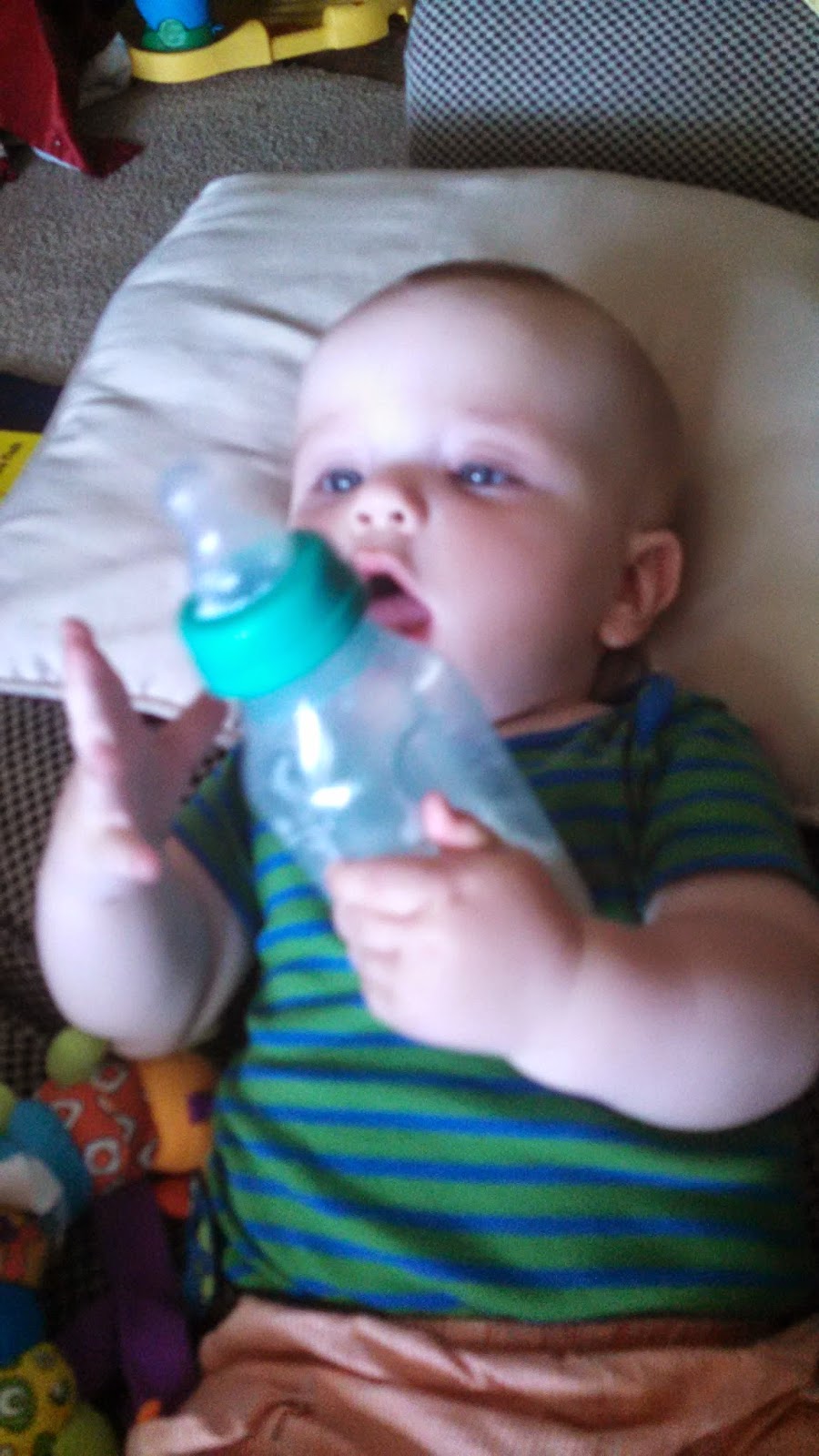 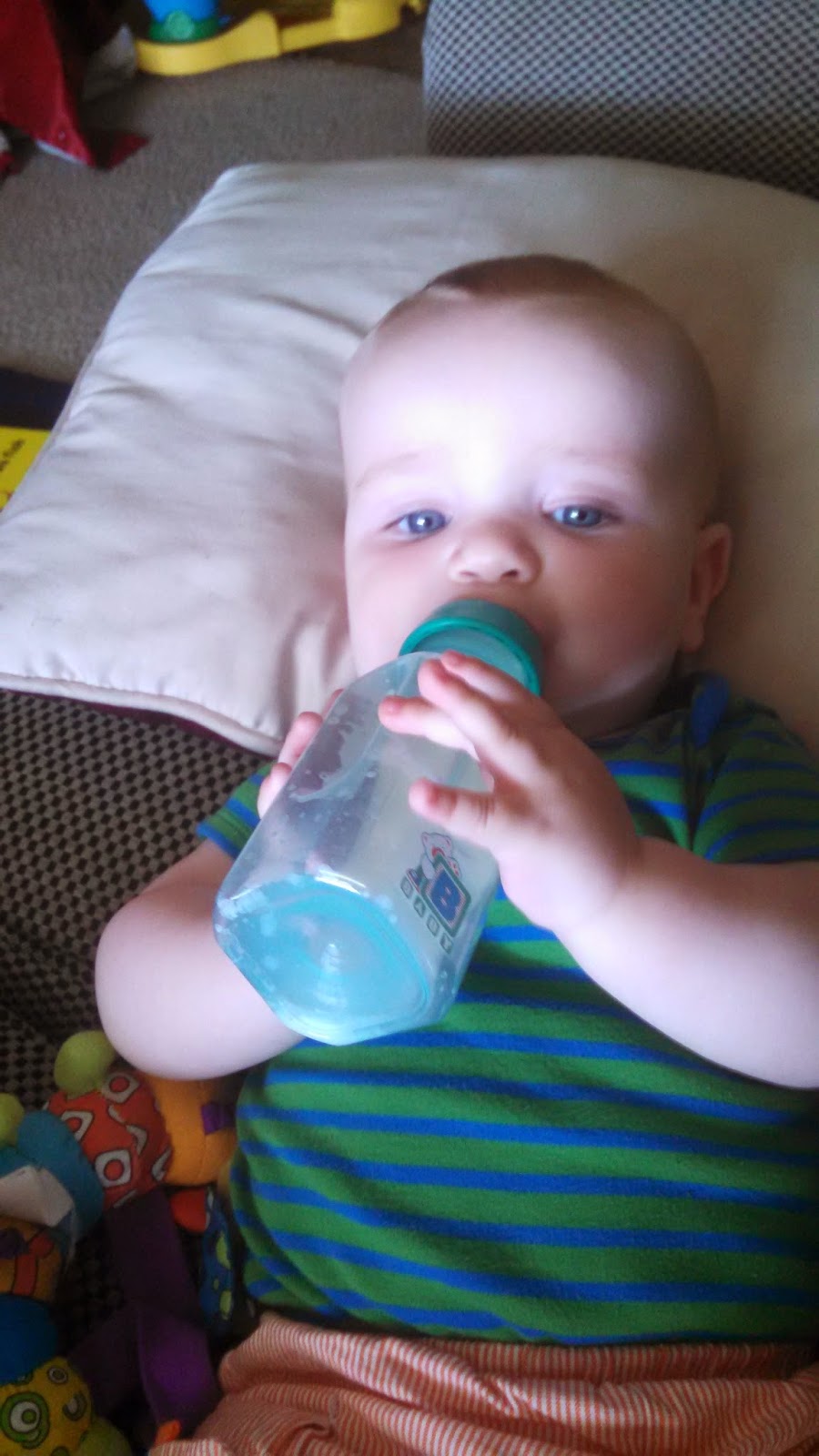 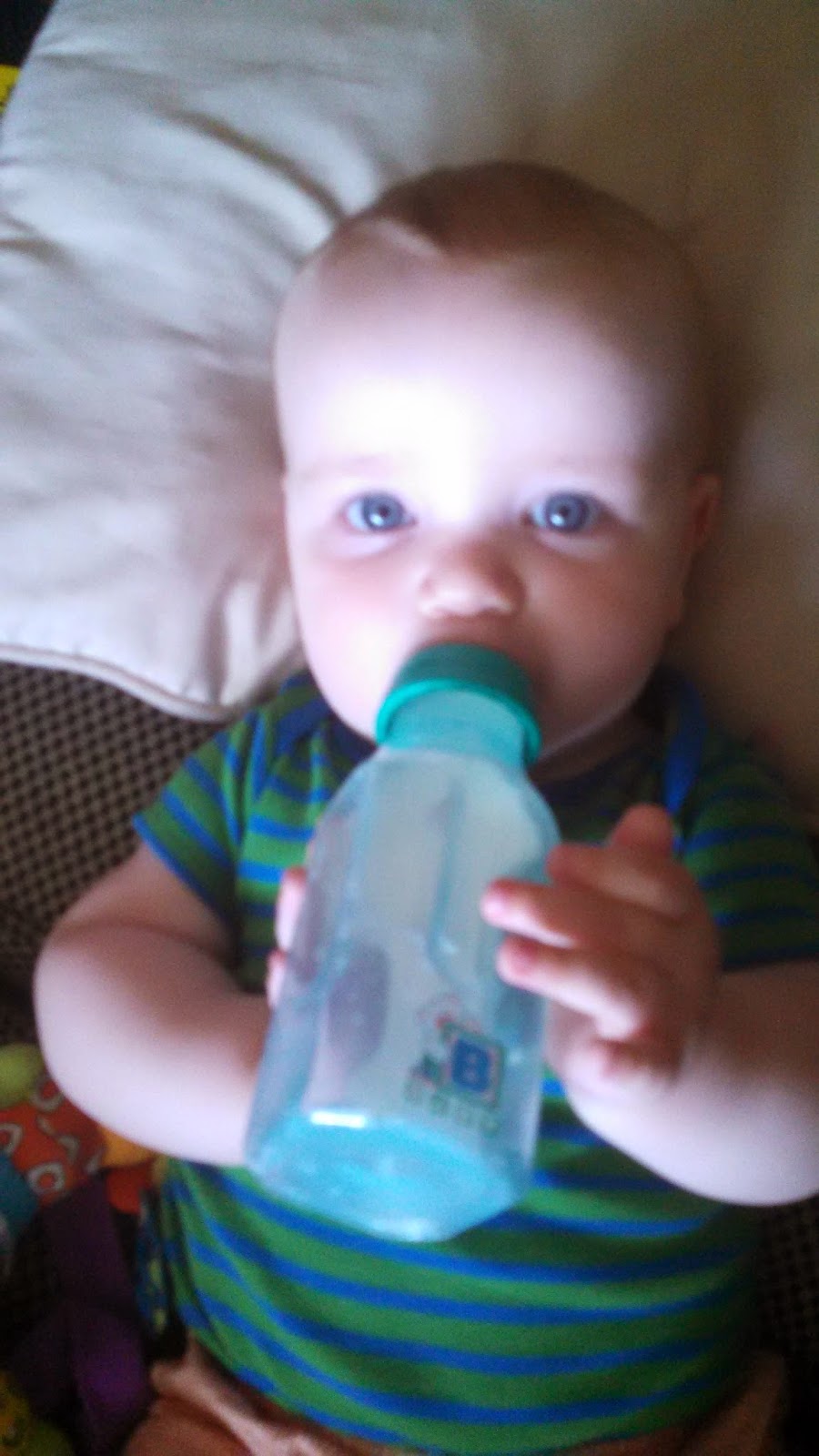 We originally gave him a bottle so that he would be fine when I went to work one night a week, and also to maybe encourage him to sleep for longer stretches at night. He sleeps from 7 or 8 at night til 7 in the morning, but he still wakes up to eat at least twice, but then falls right back asleep. It's nice to be able to share the feeding responsibilities now...I can stay in bed and send Austin out there sometimes! : )

Here's how I found him when I checked in during his nap: 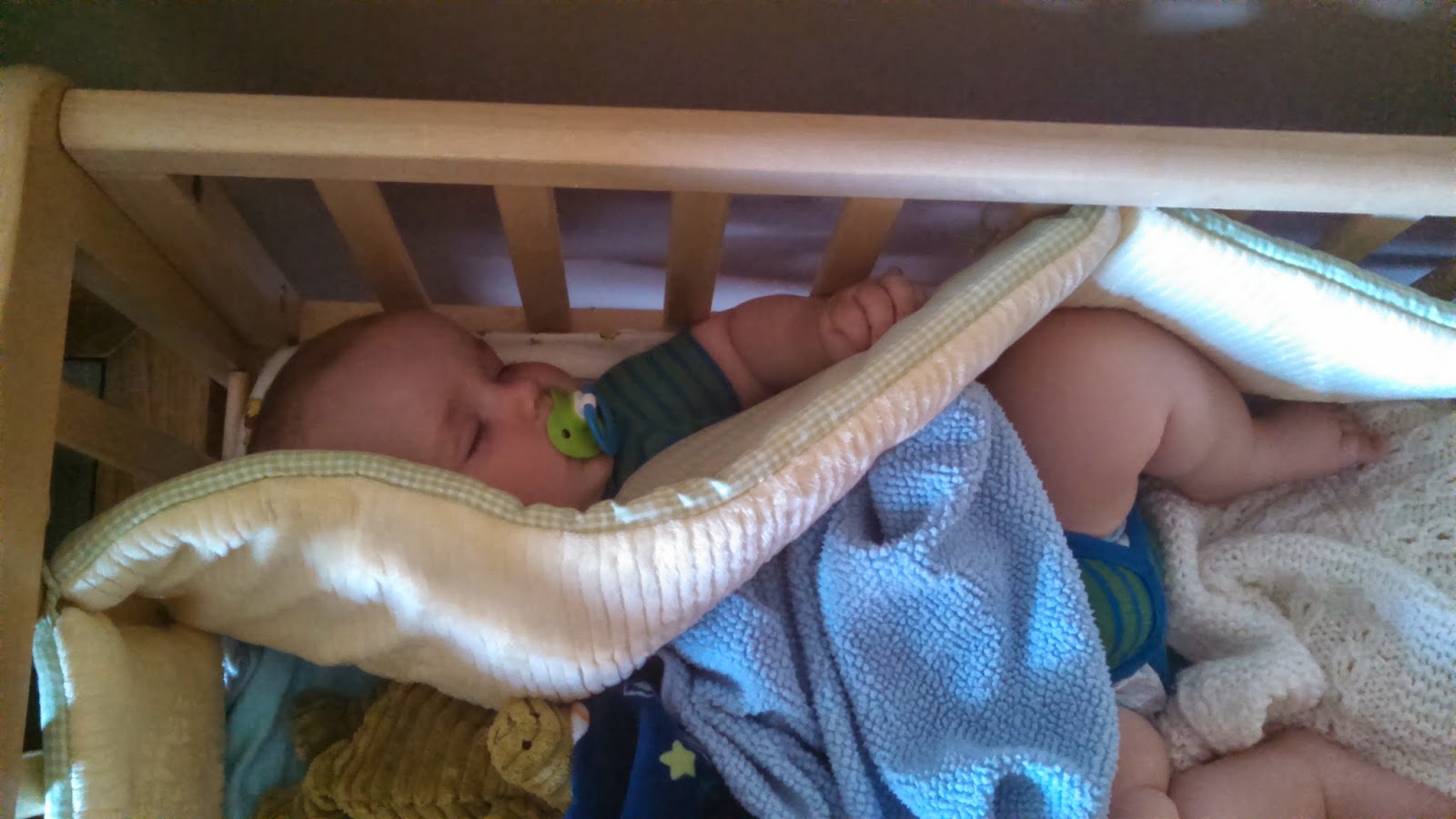 Other things this handsome guy has been up to lately:
*rolling EVERYWHERE...he hasn't had a chance to practice crawling because he never stays on his stomach long enough
*laughing - he is easily amused and it's fun to make him laugh. he loves giggling when Natalie gets close to his face and when we play peekaboo
*napping three times a day - short AM, long afternoon, short PM or just connects into his bedtime
*baby food: his favorites are apples and sweet potatoes
*he doesn't like chewing (things like bananas and little puffs, for instance)
*paying attention when music is playing on the computer or movie - he always turns his head and checks it out
*he's started reaching for us to pick him up, which is adorable 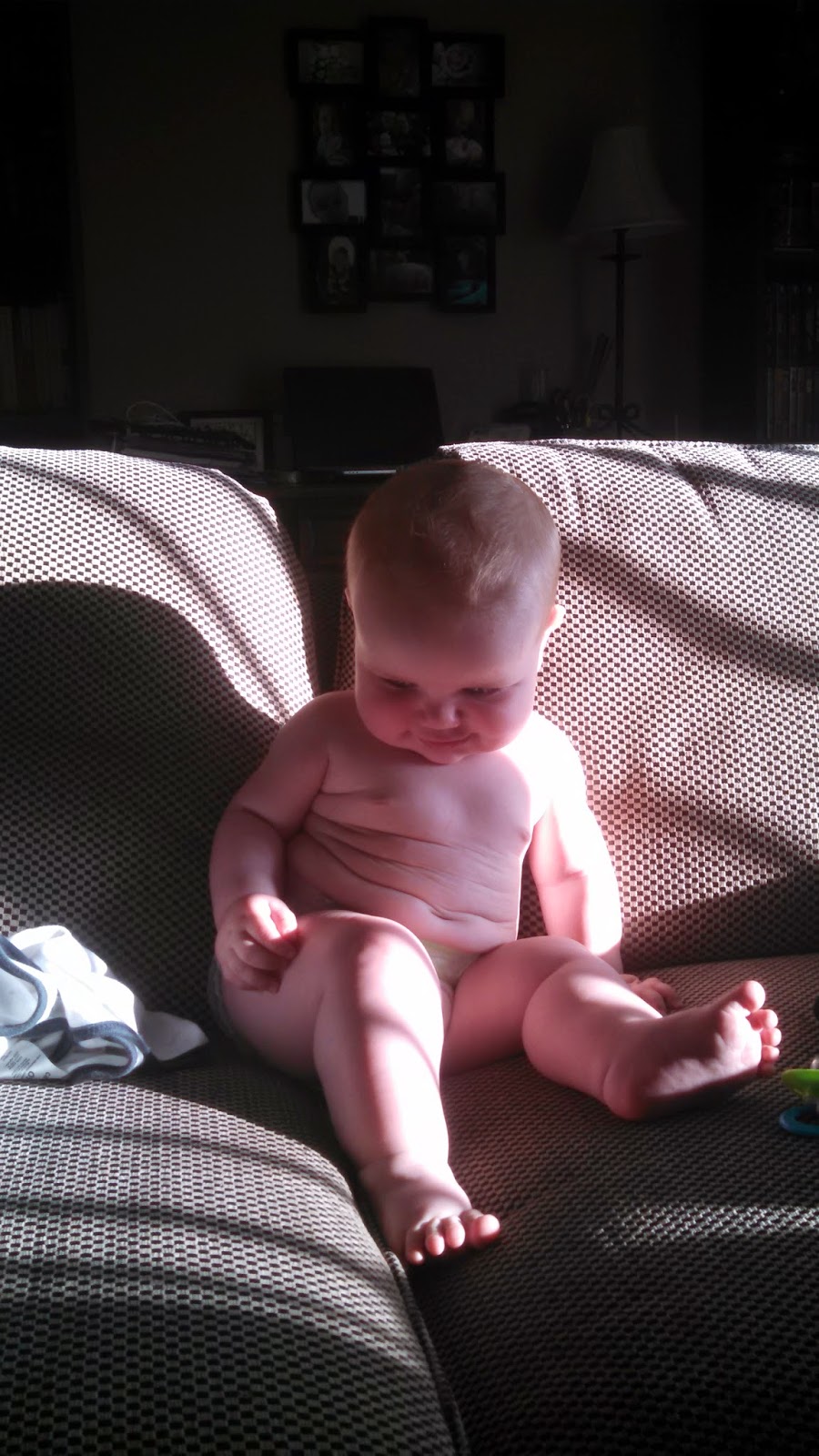 I can't believe he is 8 months old! He is over 22 pounds and doing great. Stockton Luke, we love you!

Posted by Jessie and Austin at 9:28 PM