Grandpa Bim, my dad's dad, has a nickname for all of us (mine is JB for Jessie 'Beth for Jessie Elizabeth, how's that for tangled?) and it's cute that he's continued this for his great-grandchildren. Natalie is NJ, naturally, but I didn't know what LB Stockton stood for until he visited last week. He told me that the first time he saw a picture of his great-grandson, he just looked like a "little buddy," so he called him LB Stockton. Is it still a nickname if the nickname is longer than the original name? Ha, maybe it will just morph into "LB" someday. I think it's cute, especially coming from my characteristically grumpy grandpa. 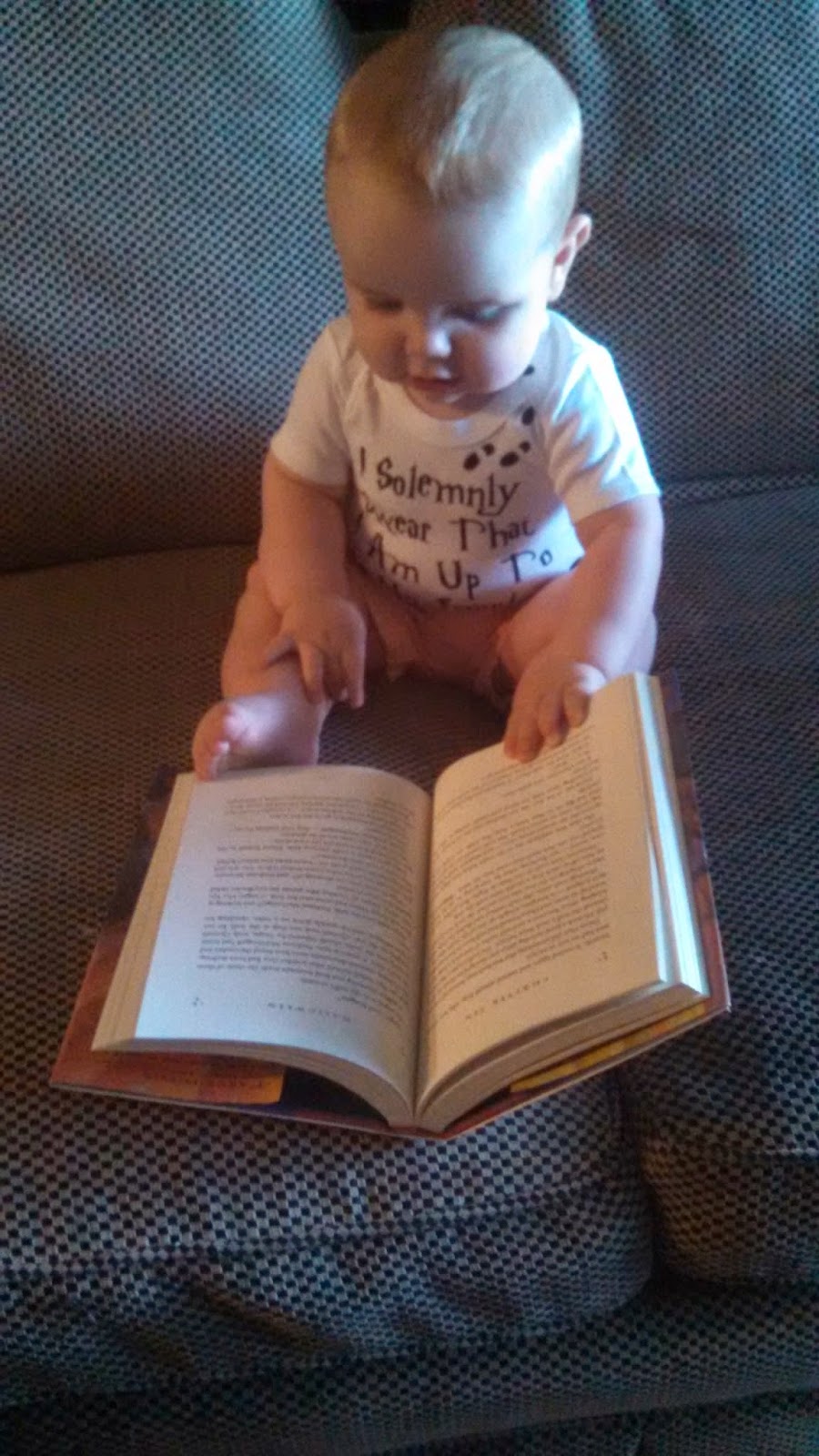 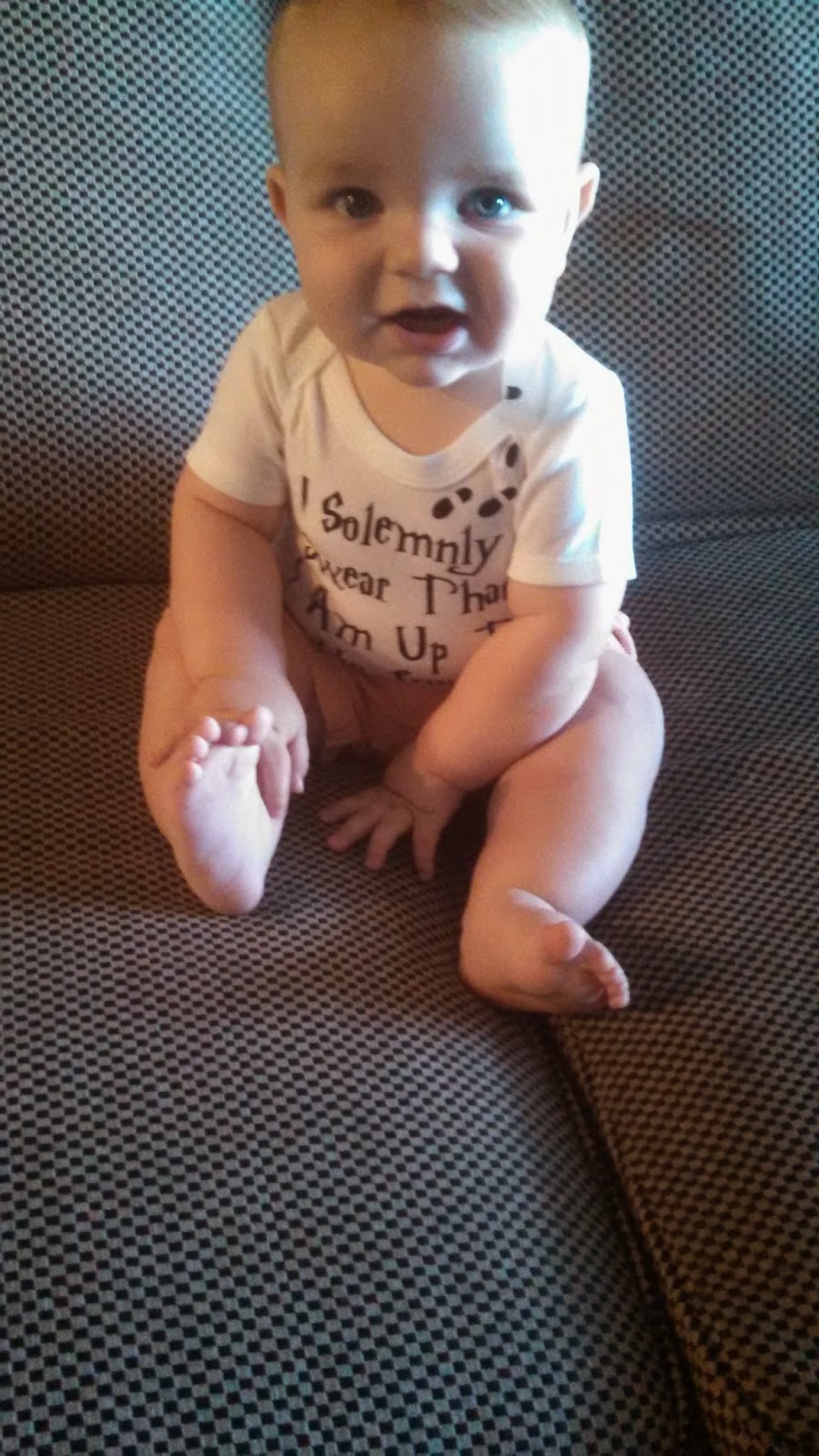 showing off his Harry Potter shirt from our friend - isn't he a handsome little marauder? 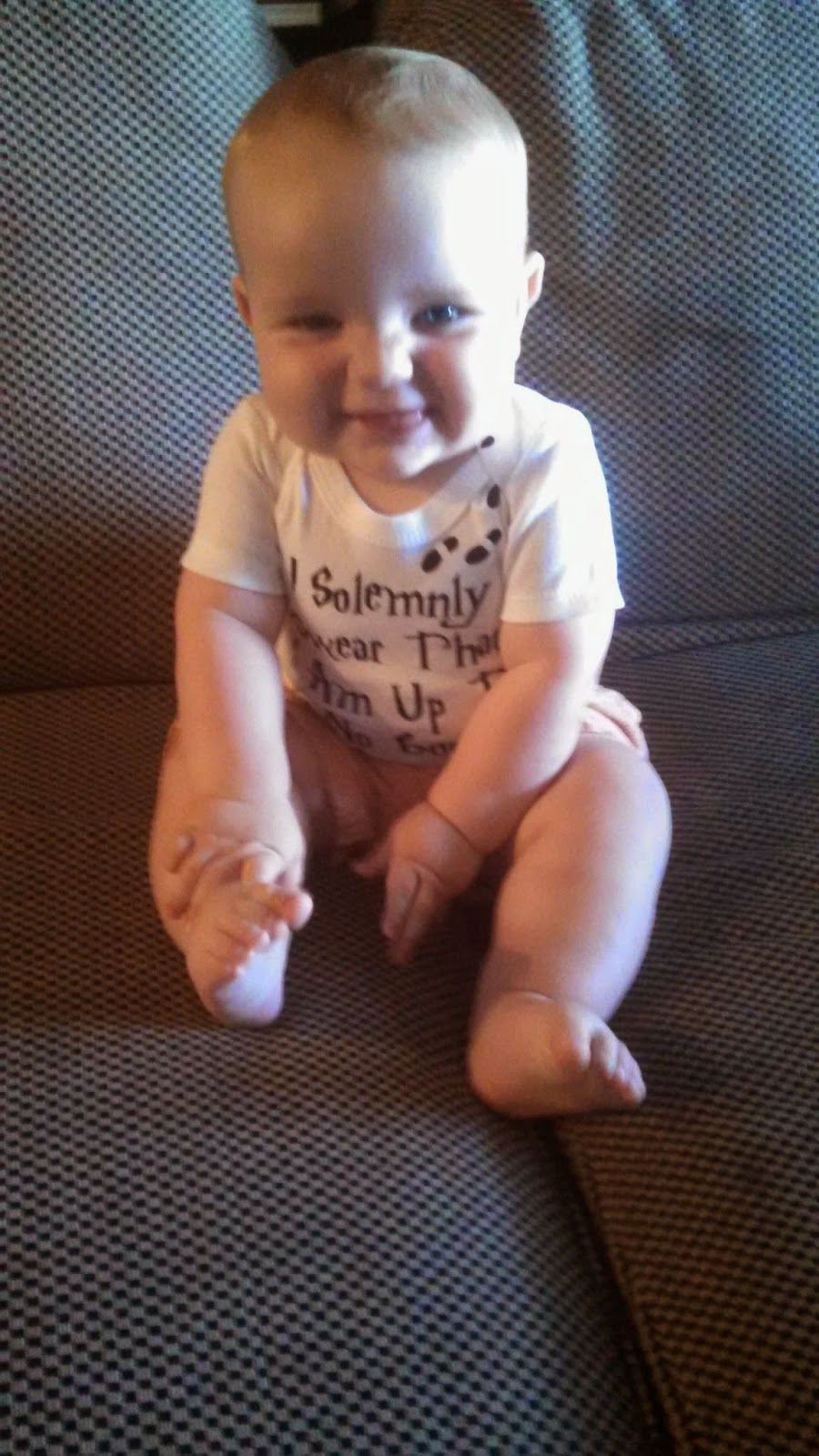 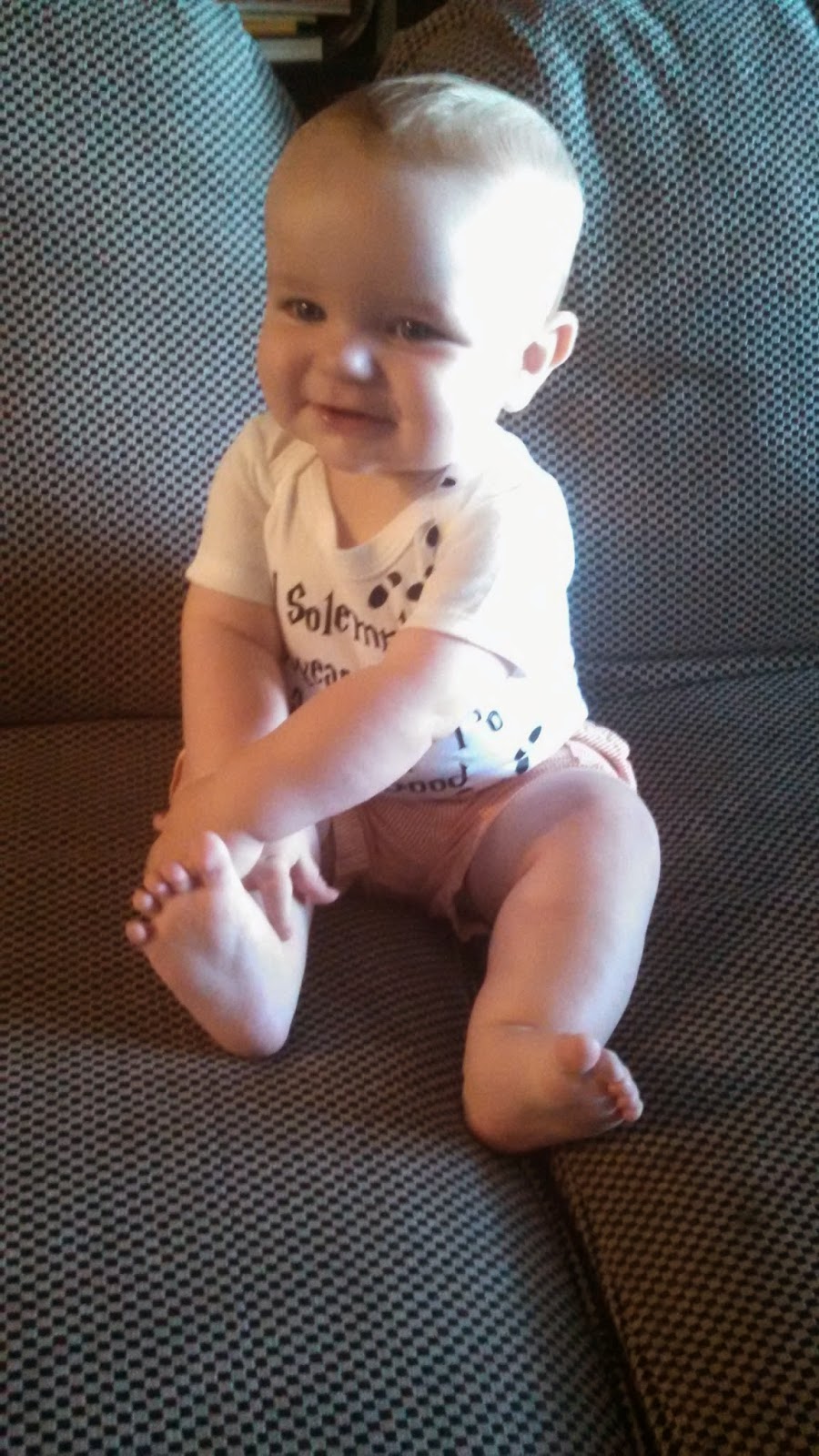 Other than smiling and giggling, this little boy has been busy studying the carpet (he loves rolling to the corner of the rug and just examining it, haha), cutting some teeth, sleeping in his sister's room, eating baby food and formula, and still right on the cusp of sitting up. He is able to, he's just a little unreliable...his noggin pulls him down if his gravity is off! 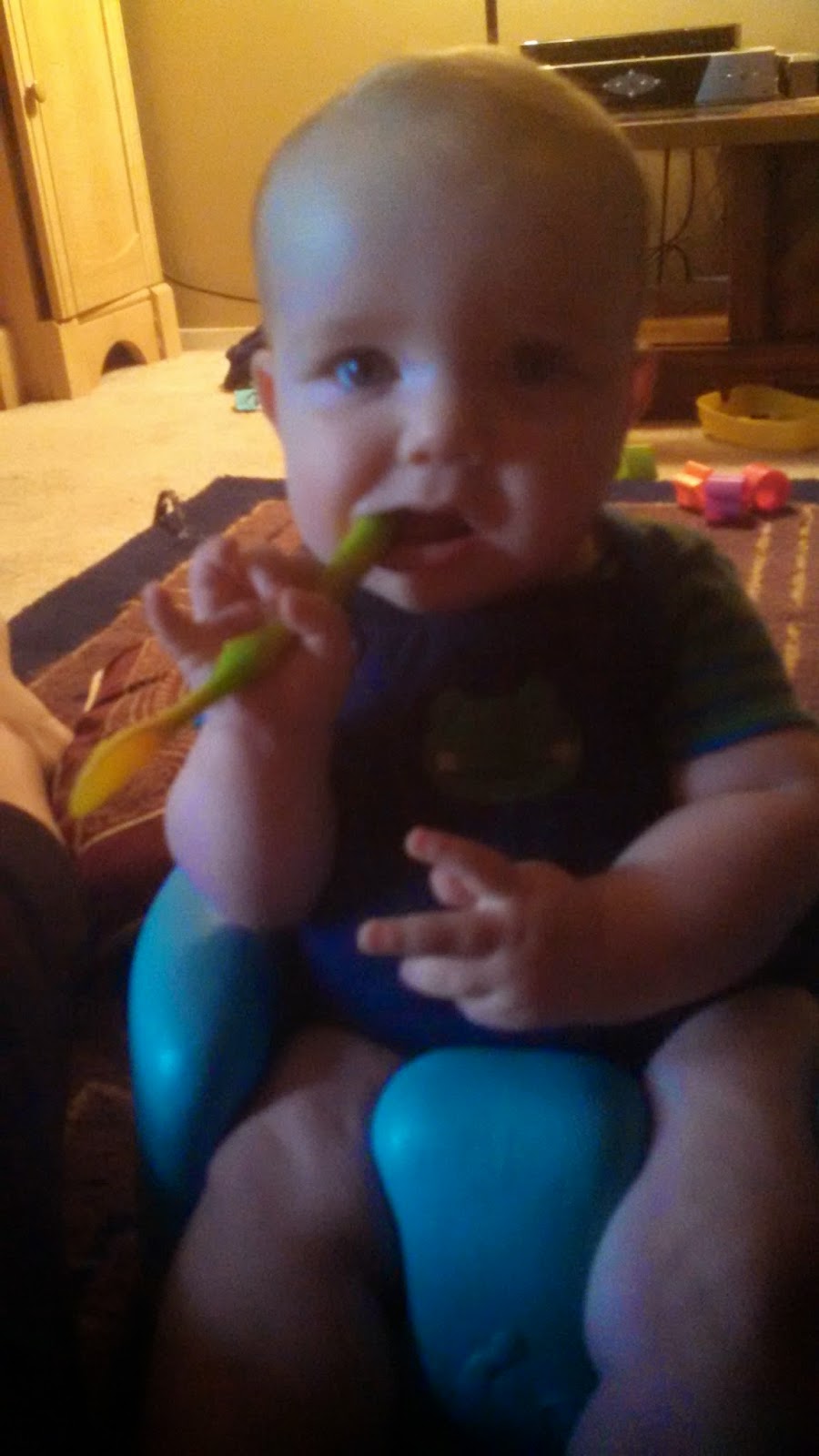 (Also, Prokofiev's third Piano Concerto is on in the background.....SUCH AN EXCITING PIECE!!!)
Posted by Jessie and Austin at 2:32 PM