CAMPING! That's what we did this Fourth of July. My best friend from middle school, Ananda, flew out with her boyfriend, Christian, and the four of us spent the weekend in Fullerton, NE, communing with nature and small-town midwest. We left Stockton with the Poulsens and my mom came to watch Natalie at home, so the children sort of had mini-vacations too!

We have been looking forward to this trip since last winter and were not disappointed! It started off kind of rocky with weather delays/missed connections, but Ananda and Christian were troopers and rented a car in St. Louis (after flying out of D.C.) to drive through the night to maximize our vacation time. Talk about commitment! We had a 6AM Panera breakfast, showered at my parents' house in Omaha, packed the car full to BURSTING, and piled in for the 2 hour drive.

We camped at Broken Arrow Wilderness and were pleasantly surprised to find the tent side of camp completely deserted, so we had this entire wooded area to ourselves. It was magical! We made quick work of setting up the tents, gathering firewood, and roasting hot dogs. 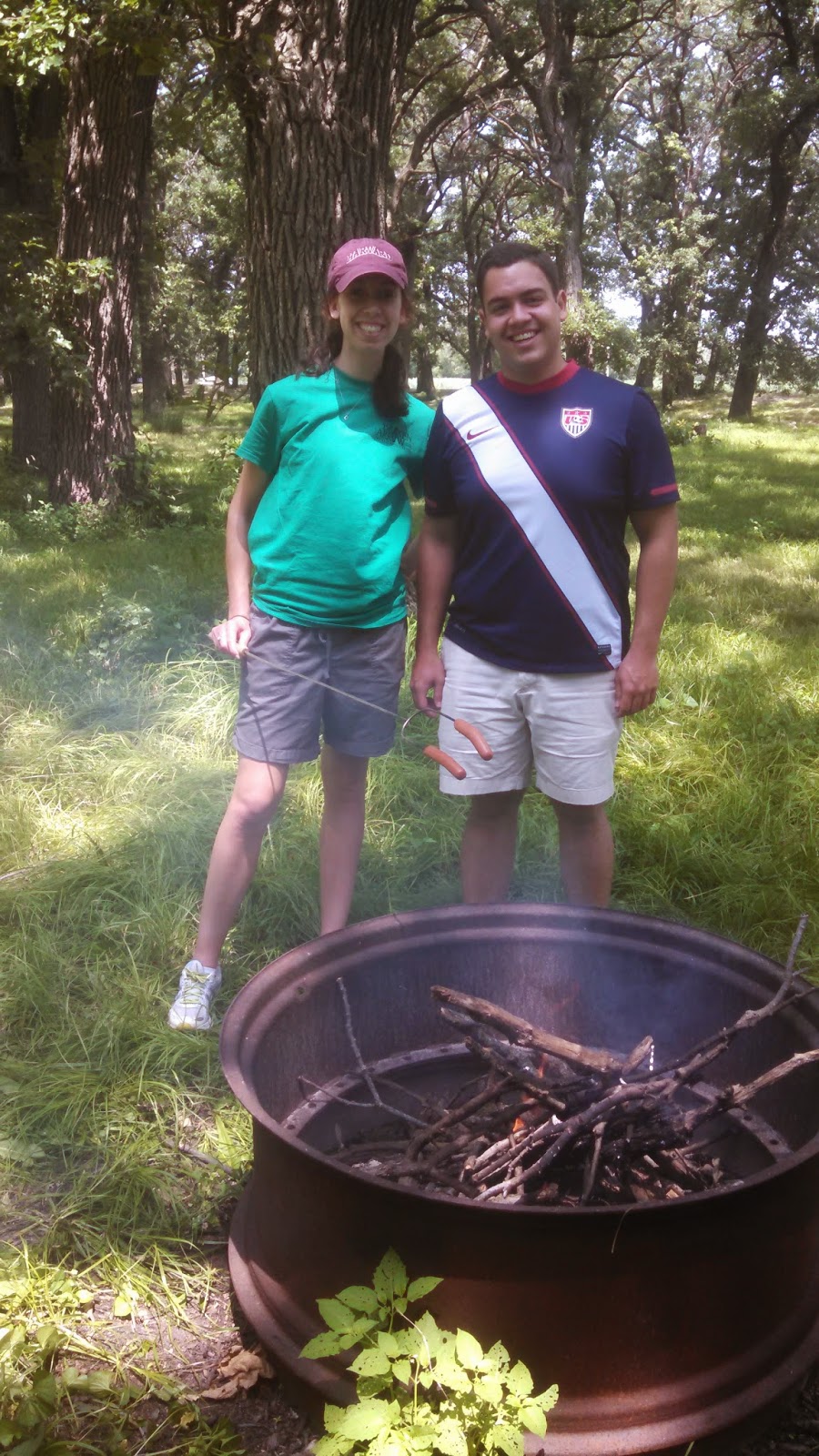 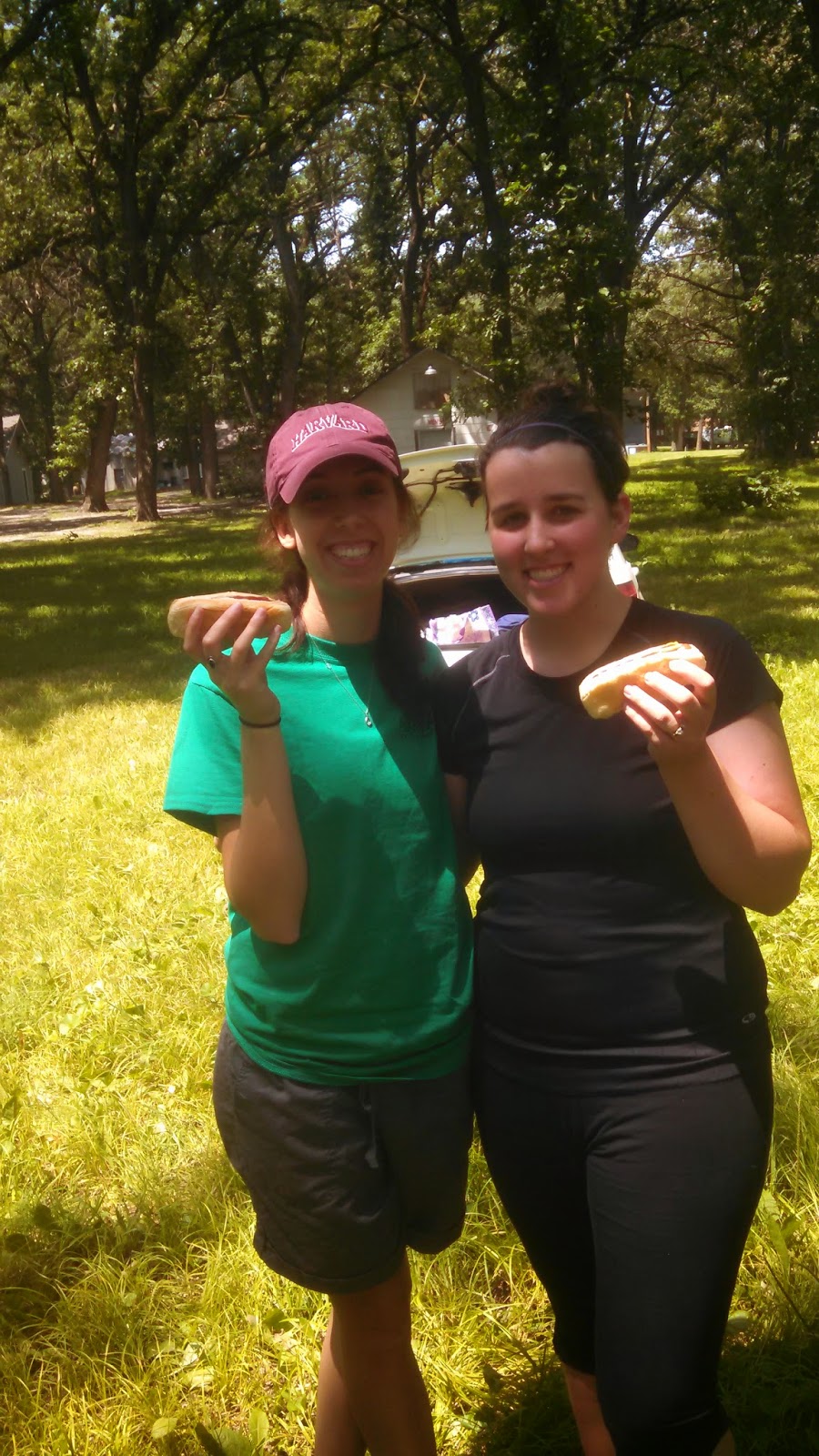 We felt very accomplished and energized, so we went on a hike. I use the word "hike" loosely since we're talking about Nebraska, but it was actually a nice little jaunt with some beautiful views and midwest scenery. When we got back to camp some parties napped and others read, but it was all relaxing and rejuvenating and wonderful.
We brought this cheap badminton/volleyball/frisbee set from Target, so we set that up and had a few games. I bet the boys would disagree, but we were all pretty bad haha, so that made for some amusing times. We headed into town for some fourth of July festivities, including a parade and fireworks, and enjoyed the quintessential Americana Independence Day in the heart of the country. 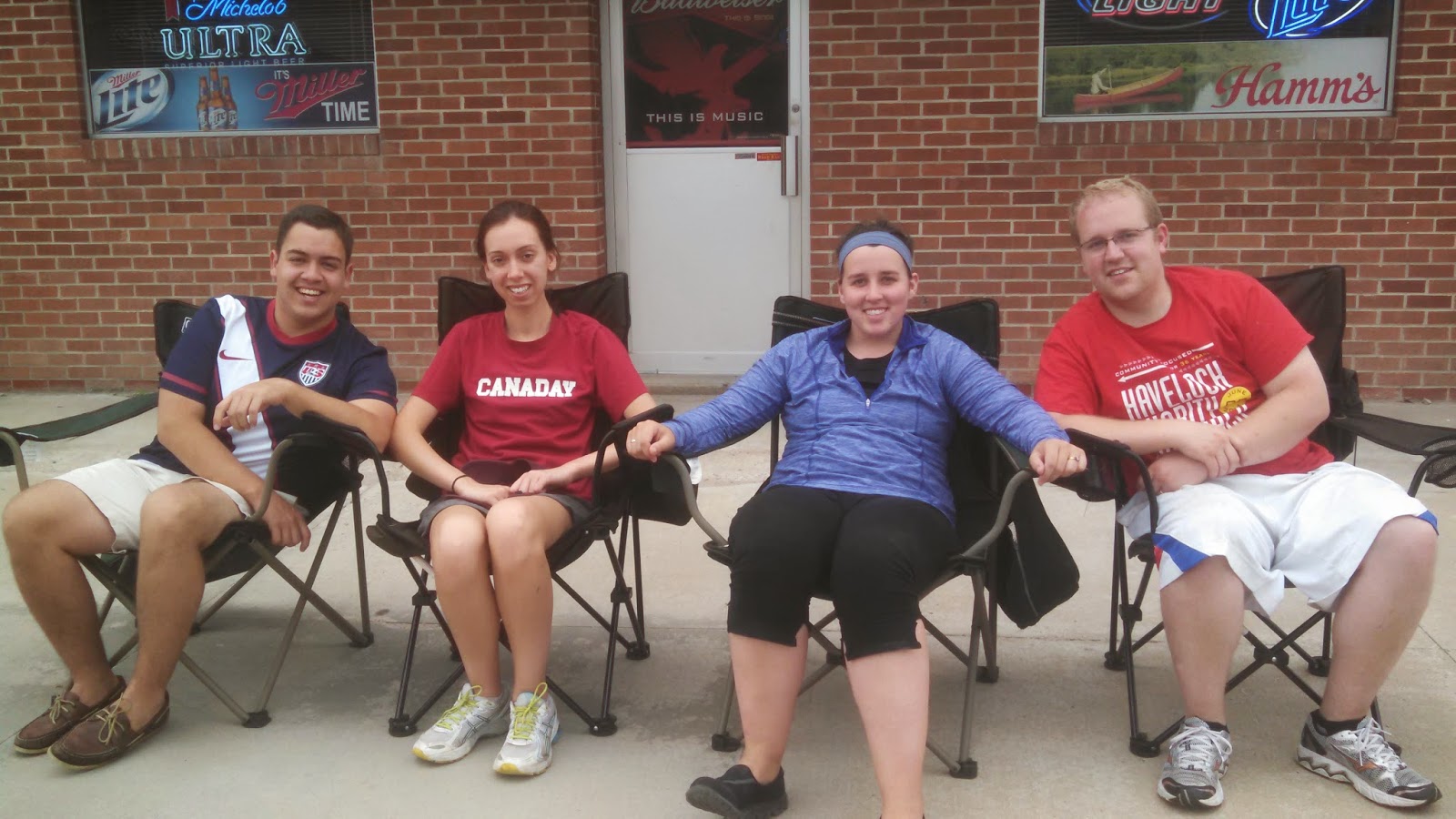 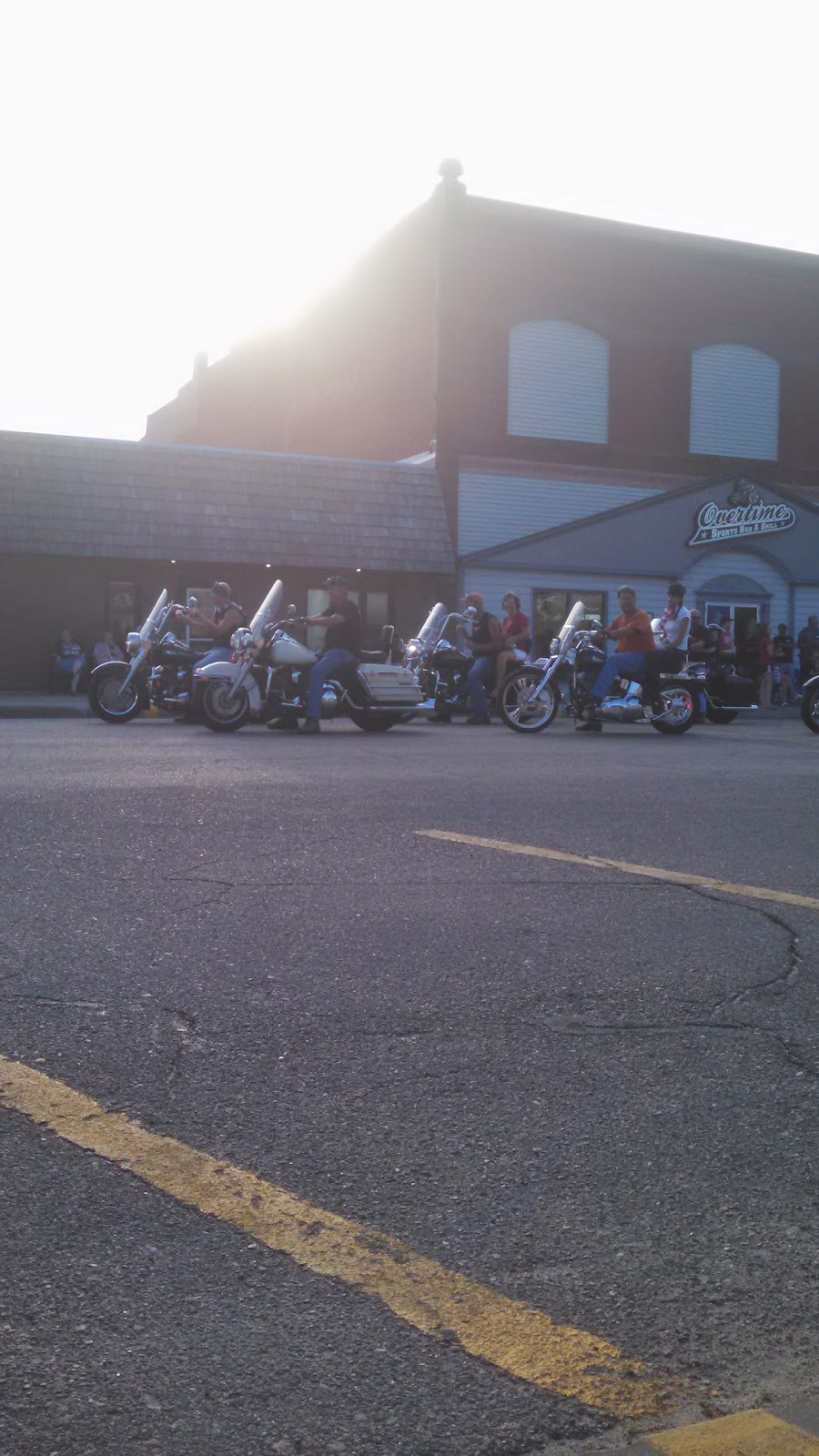 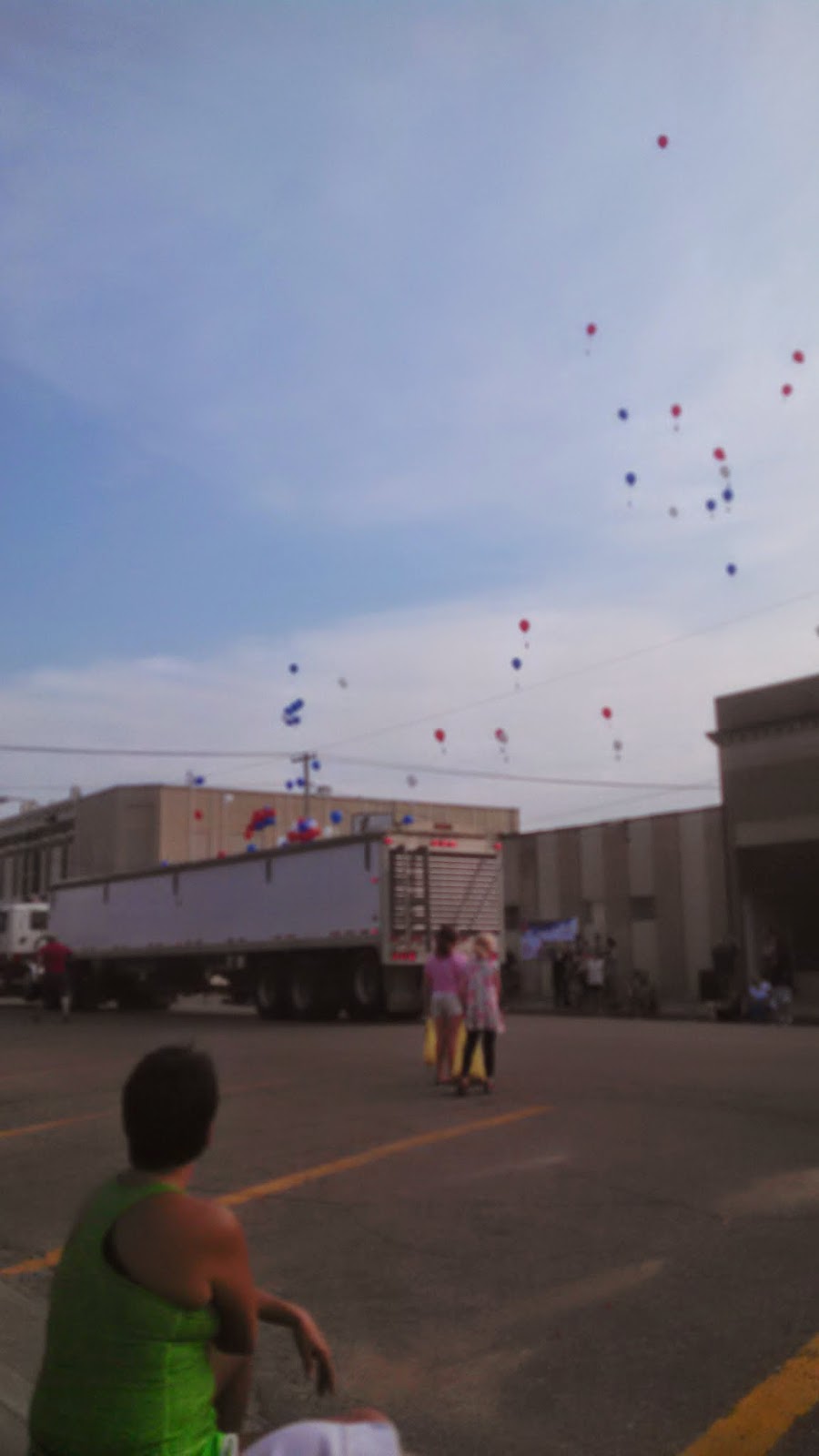 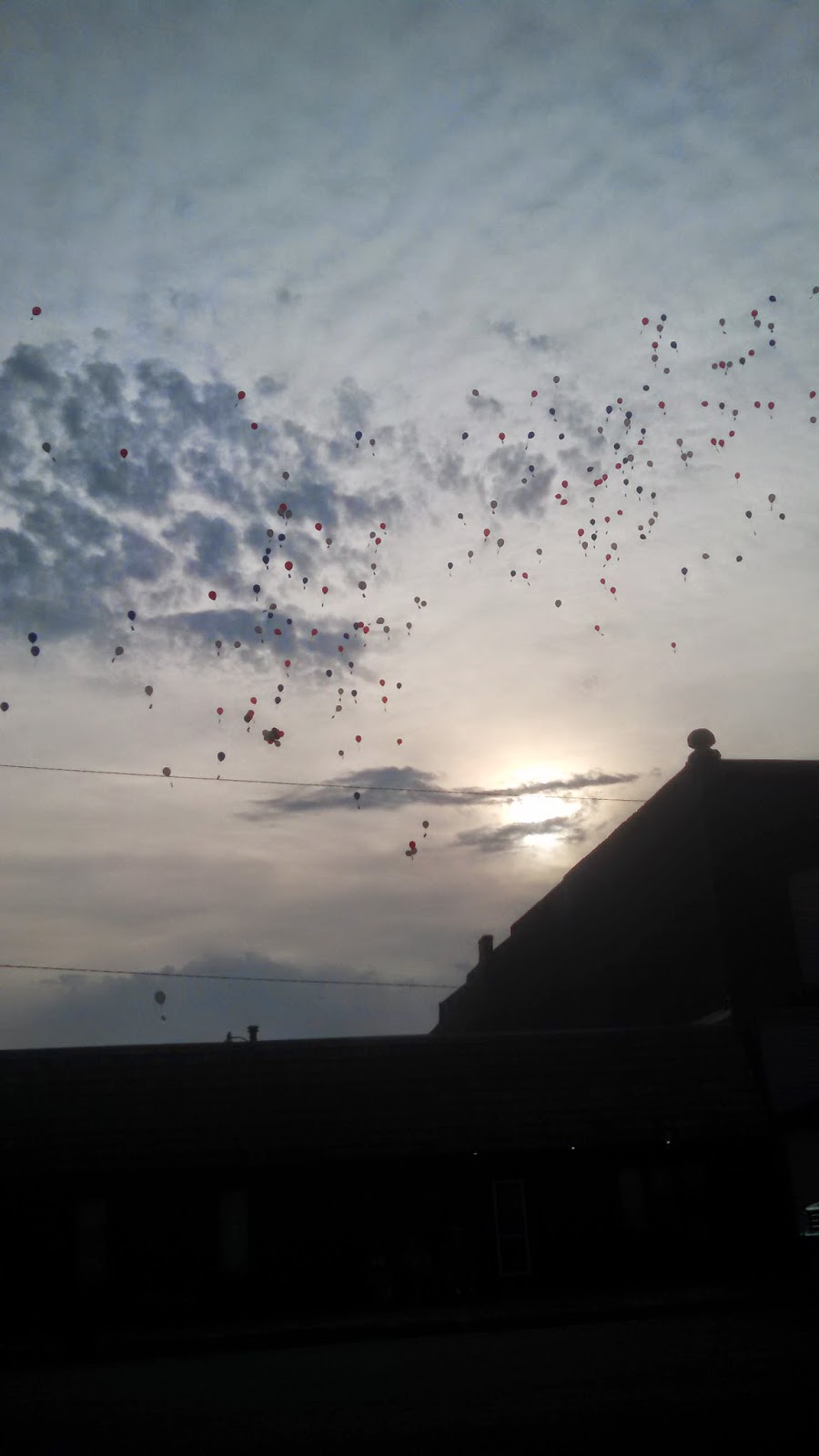 The "parade" was basically a bunch of town vehicles and golf carts promoting businesses and churches. Pretty awesome - the best part was watching the kids scramble to pick up the candy thrown from the cars, and letting off a truckload of patriotic balloons. 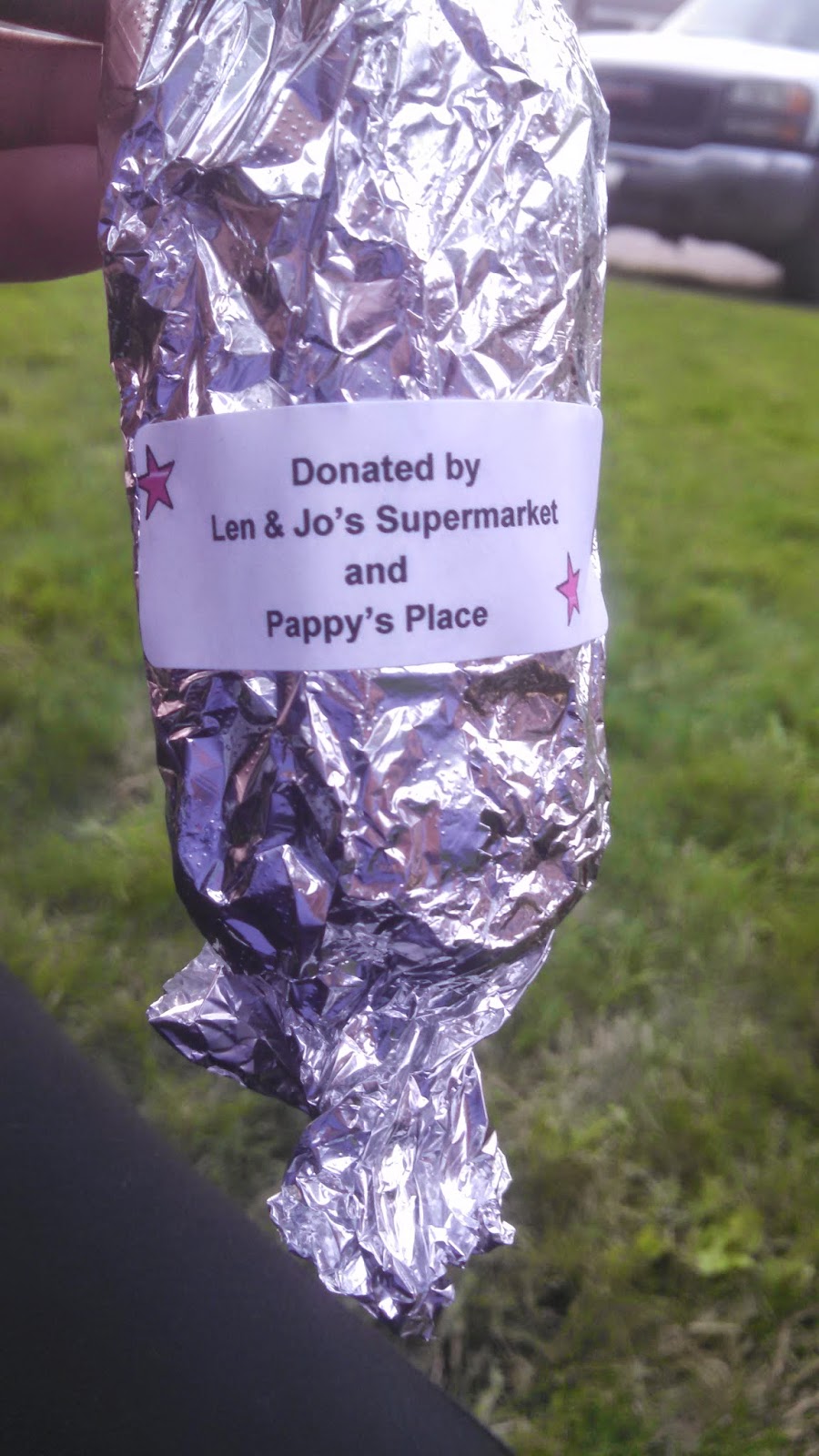 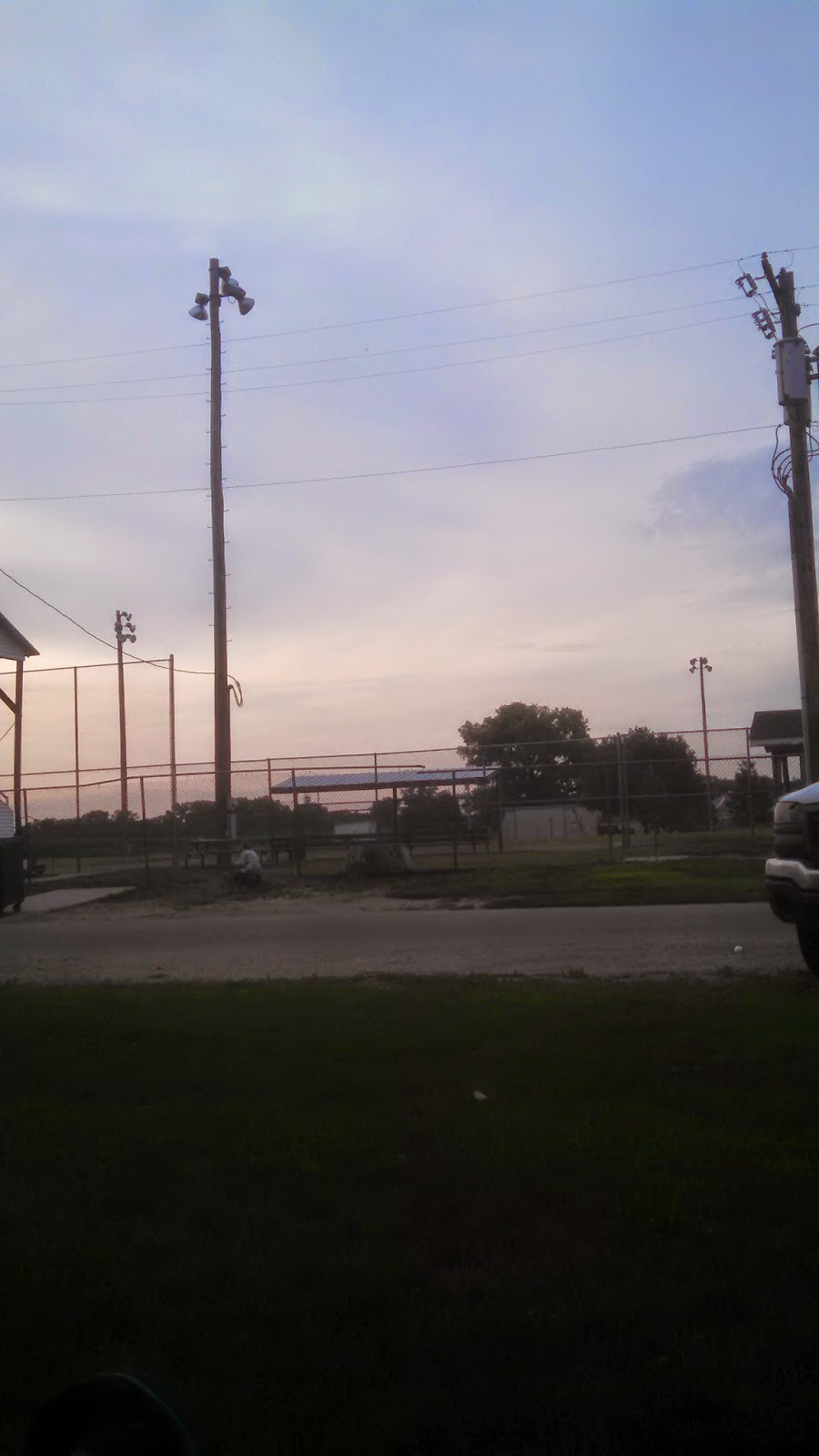 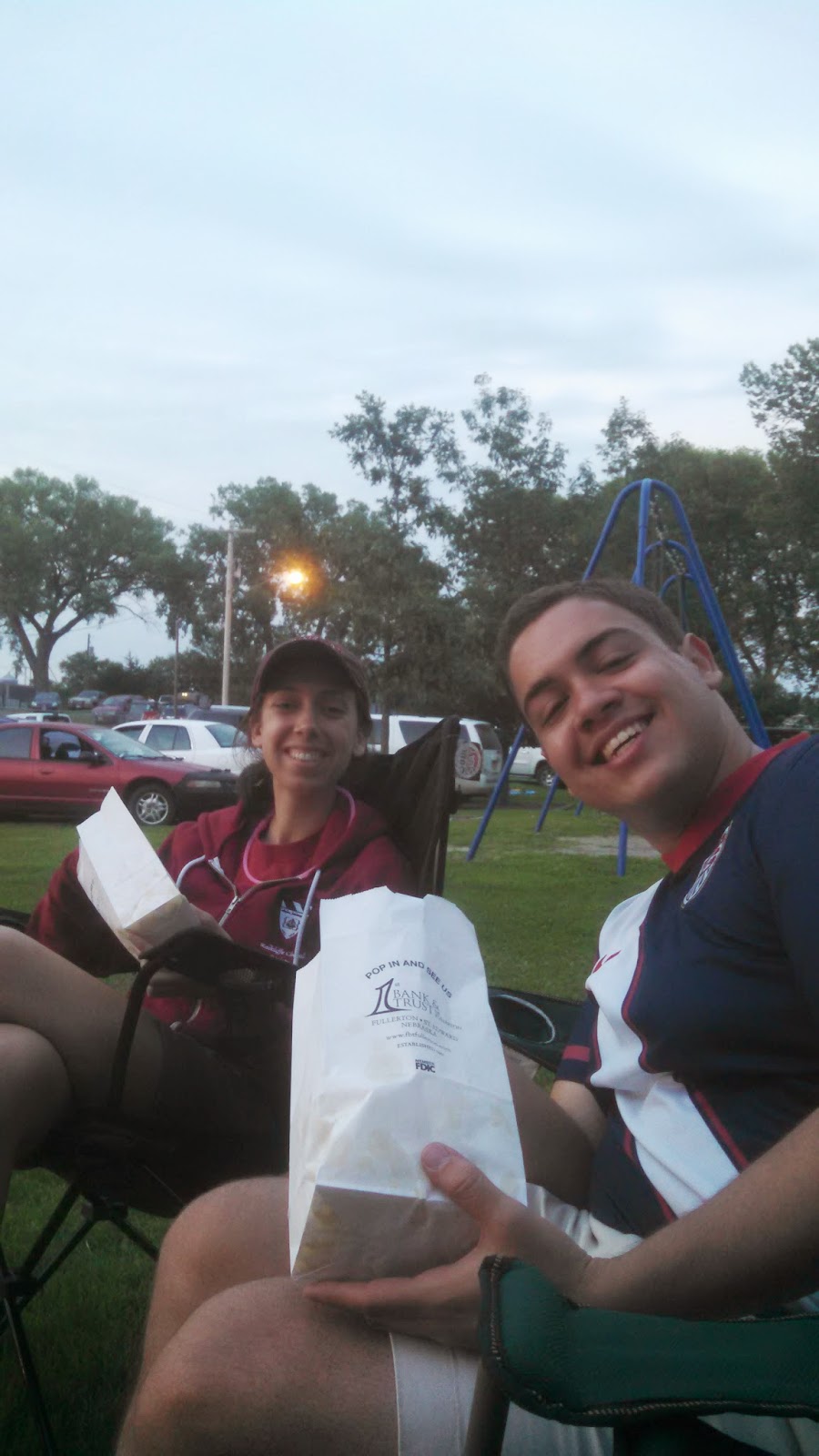 We weren't sure what to do for dinner since we couldn't find the "vendors" that were listed on the advertisement, so we grabbed some Casey's gas station pizza, ha! It was greasy and satisfying. We needn't have bothered, however, because when we were waiting for the fireworks to start at the town park people kept bringing us gifts of food and water and glowsticks and popcorn. Talk about service! (A and C weren't sure about the traditional Fairbury hotdogs in Husker red, but the popcorn was delish and we had snacks from Casey's...the gas station became our sort of home away from home, providing all our jerky, pop, and candy needs. And 2 lighters and lighter fluid. And directions and advice from the shopkeeper.)

New Jersey (where Christian is from) doesn't do backyard fireworks, so we took advantage of Nebraska's multiple fireworks tents and lit our own after the big community show (which was awesome, by the way!). The boys were in fire heaven, and we all had fun laughing after we backed away nervously from some misfires.

We came back for s'mores and time around the campfire, and collapsed in our tents after a happy, full, exhausting day (and night before!). Austin and I took the rain tarp off our tent and slept under the stars. It was as romantic as it sounds, until it started to rain later on haha. 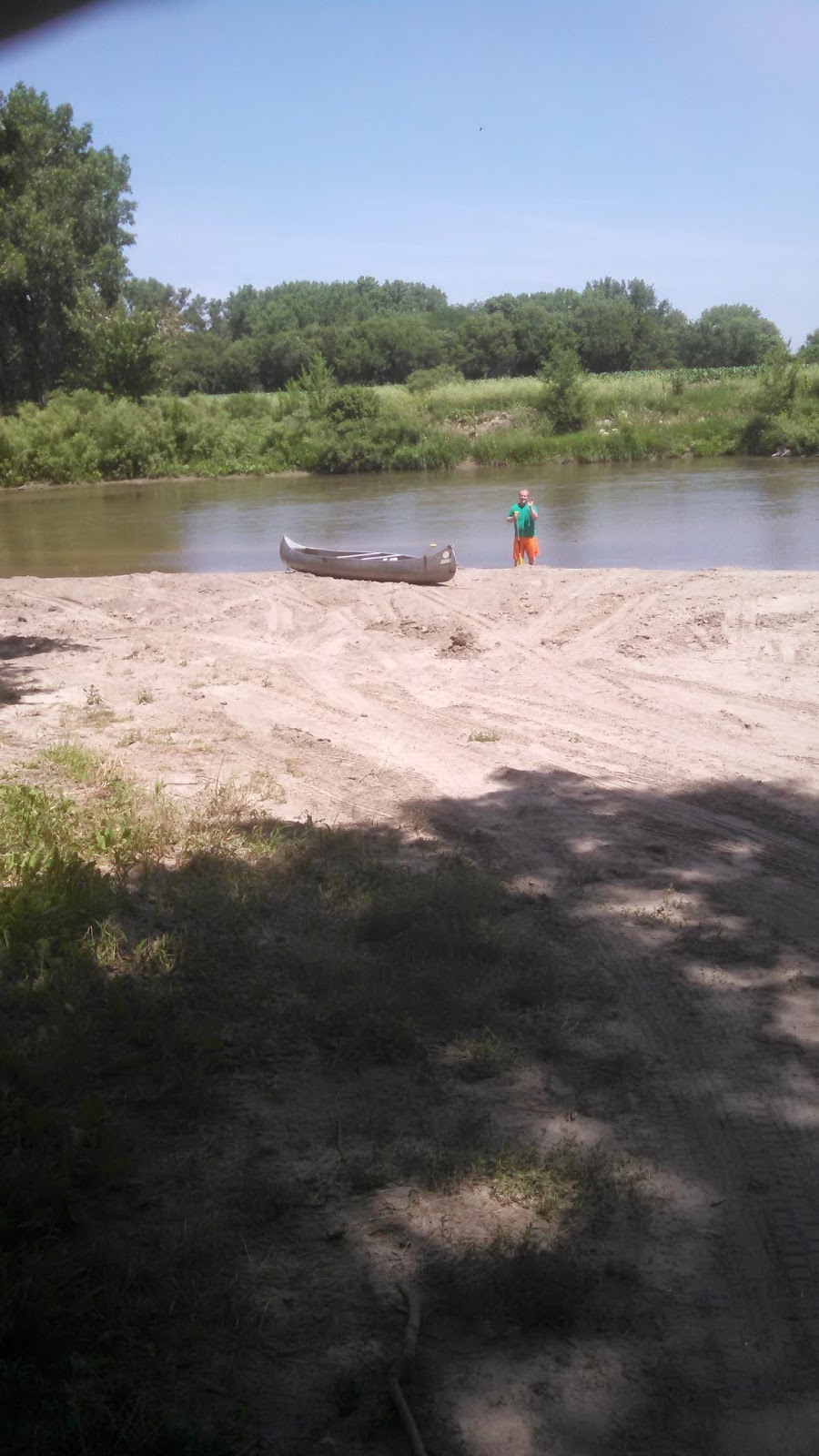 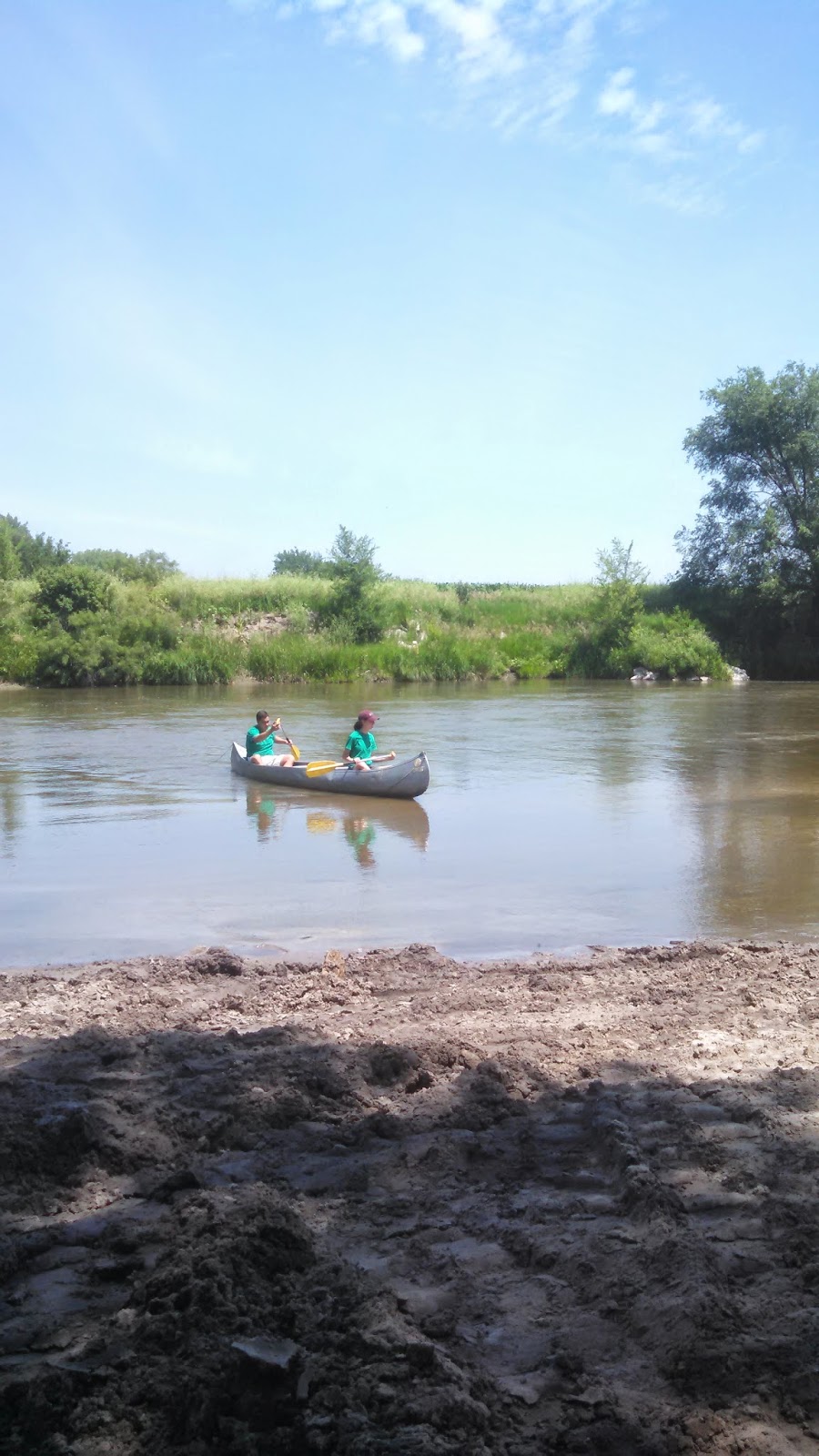 After a breakfast of bagels, cream cheese, sour patch kids, and warm ginger ale, it was time to canoe! We nearly missed the caravan to the river drop-off point, but the crisis was averted. We were feeling pretty proud of ourselves as we rowed off into the scenic distance...and then we hit a sandbar. And another one. We quickly realized the river was only about a foot or two deep in most places, so it was basically a battle of not getting stuck. It was still fun, and we stopped for a PB&J break on the riverbank. By the time we made it back to camp, we were sunburned and tired from pushing off of the sandbars all morning! 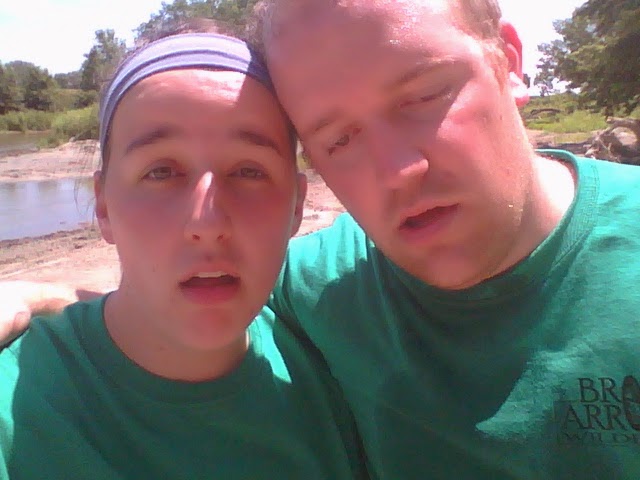 We weren't sure what to do next - we had sort of exhausted the outdoor offerings Nebraska had for us, and it was heating up outside anyway (although the weather previously had been PERFECT). We went to Casey's to see if they had suggestions, and after refueling on Gatorade, Coke, and ice cream bars we took their advice and drove to Columbus, a bigger town with more food and a movie theater. We saw How To Train Your Dragon 2, and really enjoyed it! I'm pretty sure only Christian and I were awake for the entire thing. We grabbed some Subway and Taco Bell (stop judging us, our camp food ran out quickly, okay?!) and headed back to camp for the Fireman's Ball. 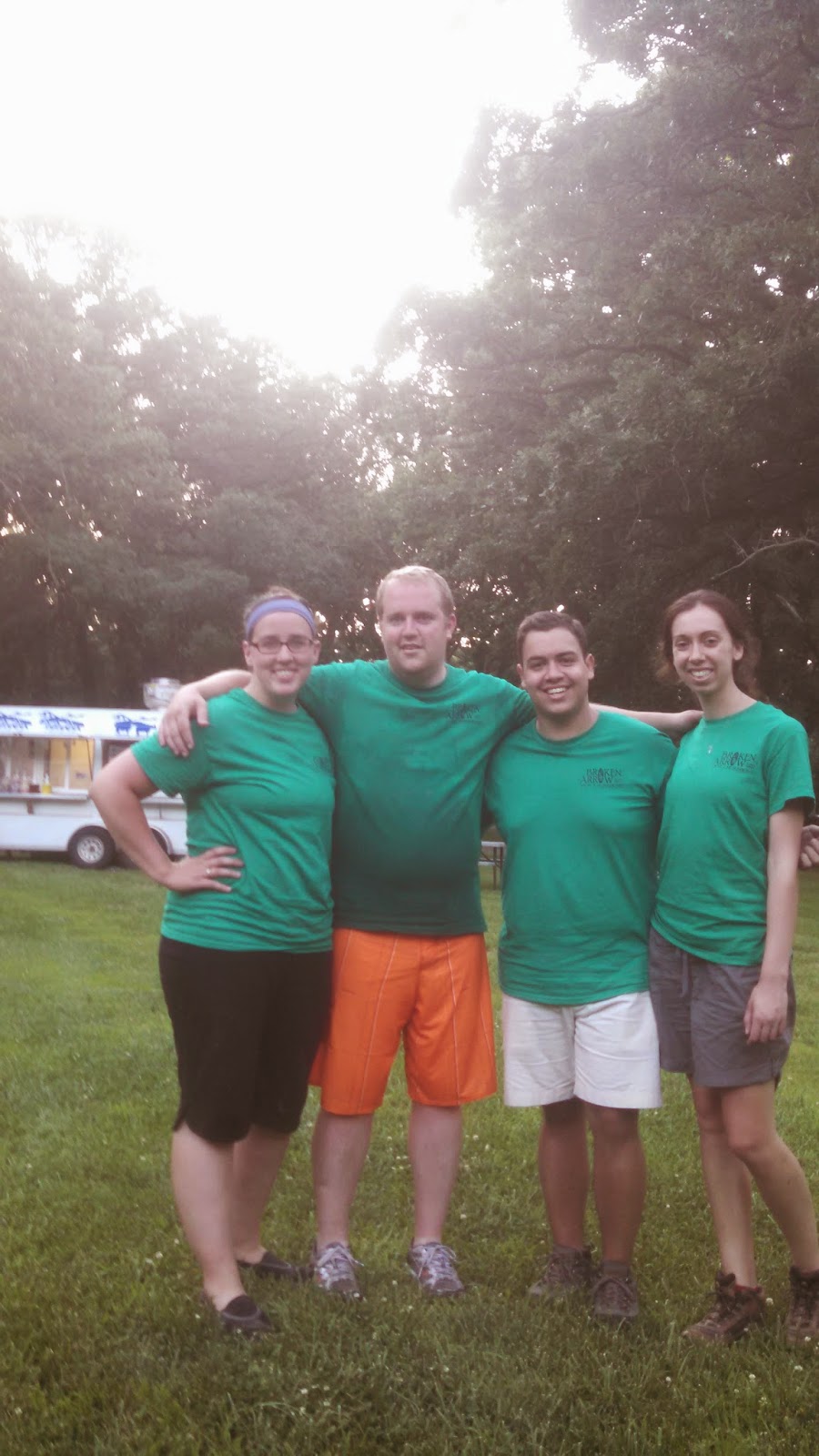 Yes, a BALL, in the wilderness. I'm not sure why they called it that because it was basically an outdoor concert with a really bad cover band, but we supported it anyway. Papa Tom's BBQ catered, so we had that for dinner. Then some dancing, more s'mores, and an early bedtime since we were all wiped out. 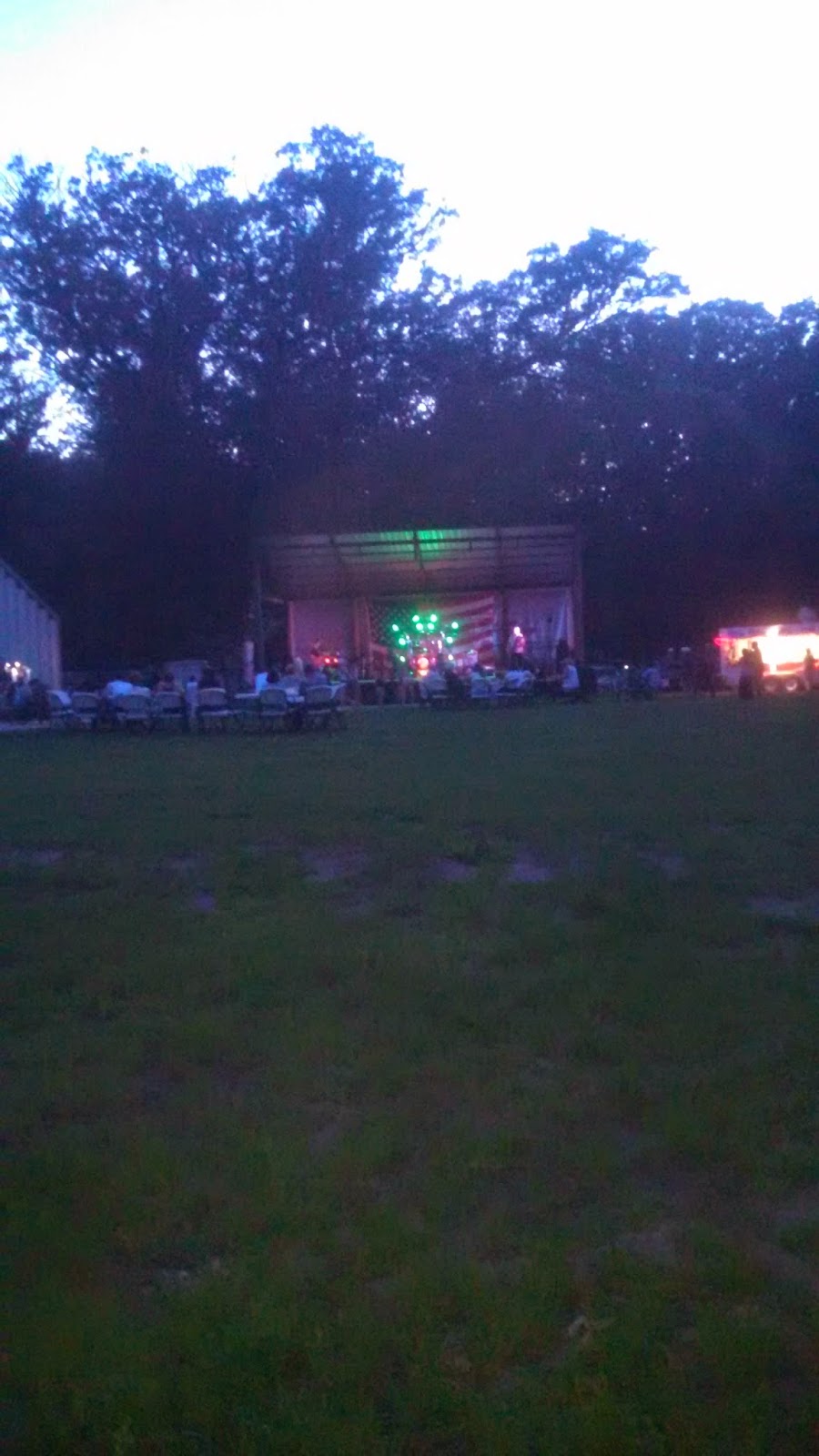 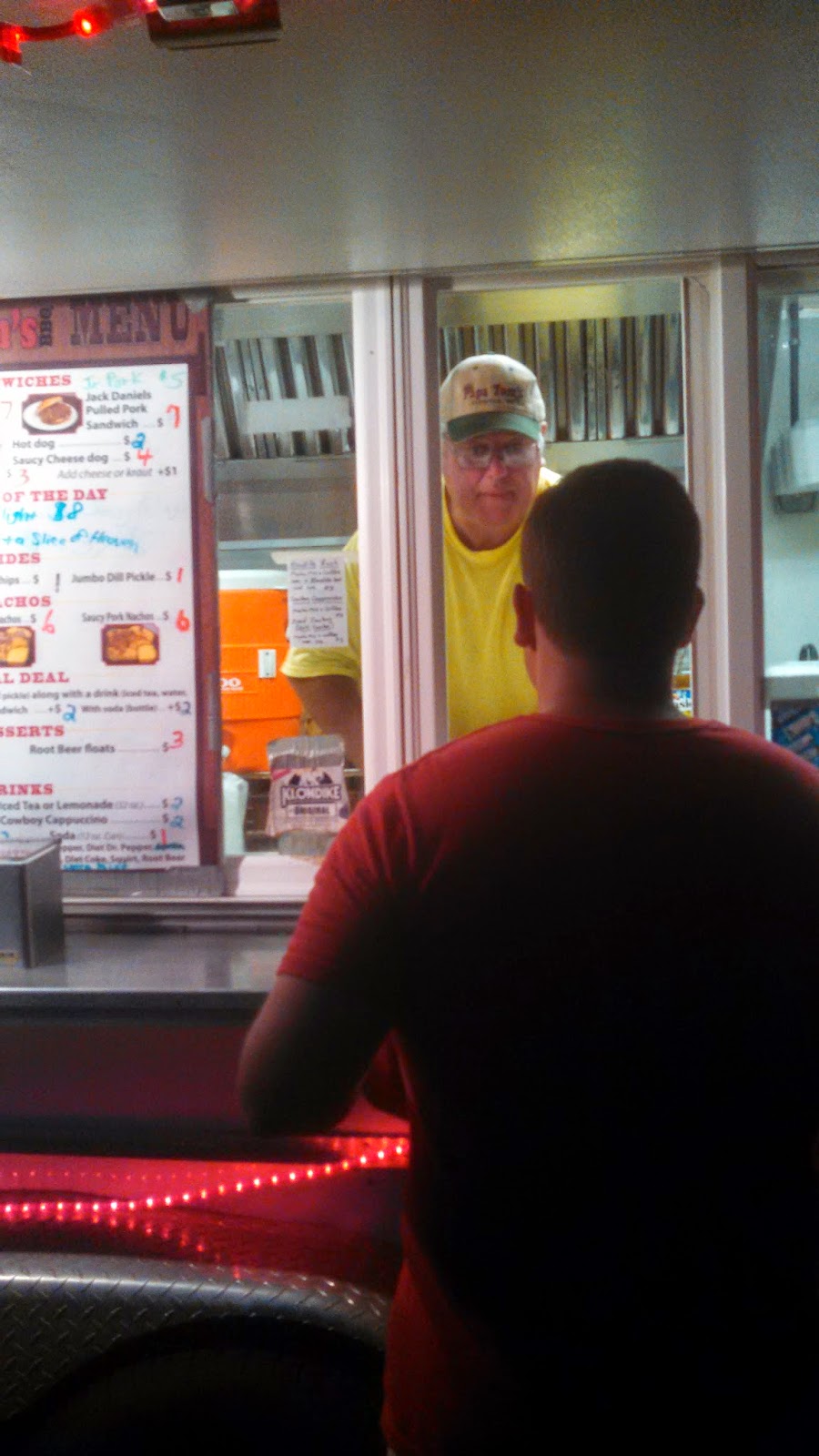 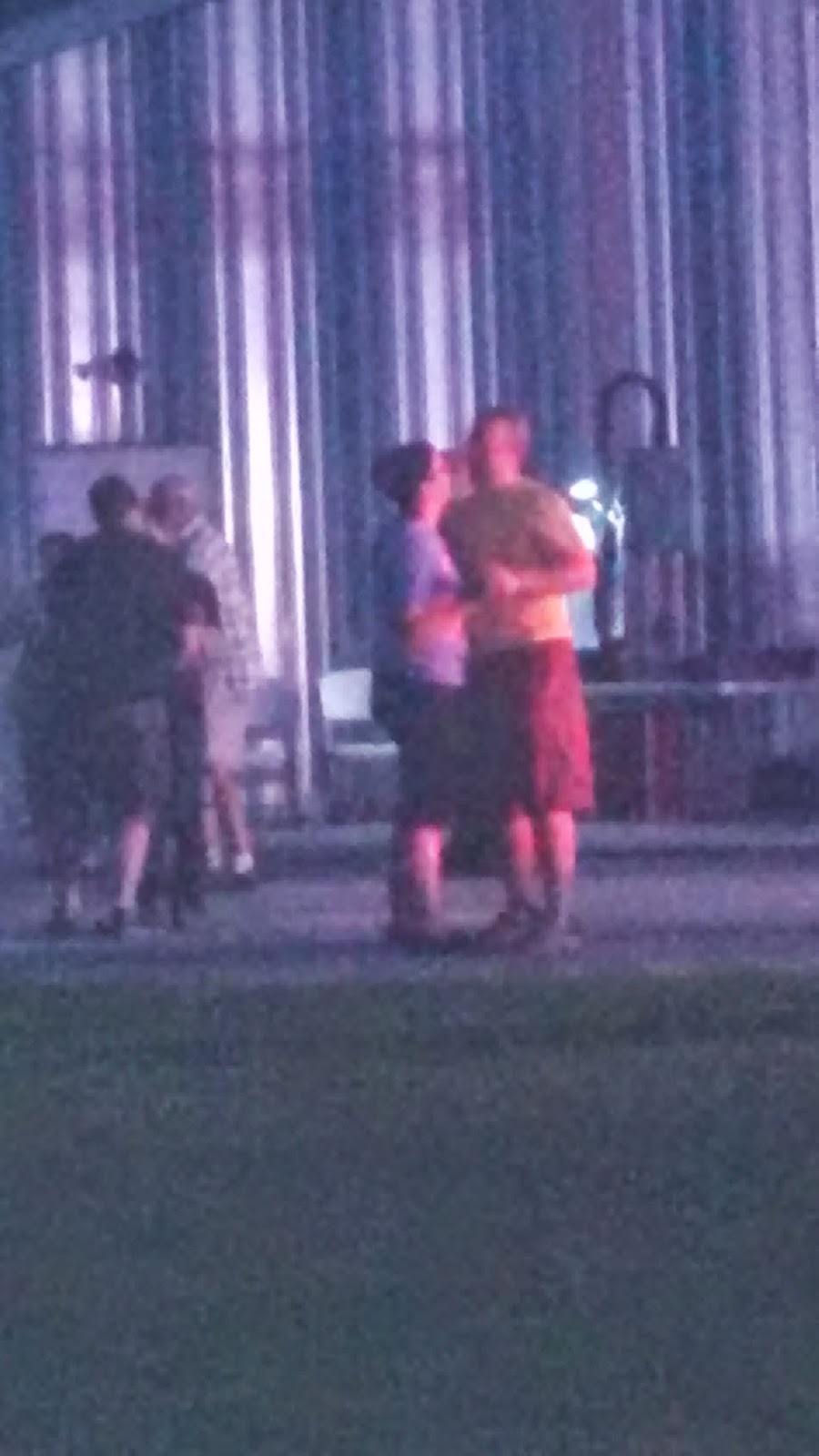 One of the highlights of the weekend was the log-toss. There was a stump near our campsite that wasn't cut cleanly, so part of the tree was still sticking up off the stump and it was irking the boys. They found a log and proceeded to chuck it at this protuding bark/stick/tree, whatever it was. An hour later (no exaggeration), they had only made slight progress, and Ananda and I decided we needed to get involved. After a hilarious toss from Ananda, who could barely pick the log up, I hoisted the log on my shoulder and launched it with perfect precision, knocking off a section of the previously stoic stump. Woo! Naturally everyone claimed they just weakened it for me, but we all knew the truth. The guys continued to mess with it, coming up with a wedge system and who knows what else, but Ananda and I were spent so we ate candy and offered criticisms from our comfy camp chairs nearby. 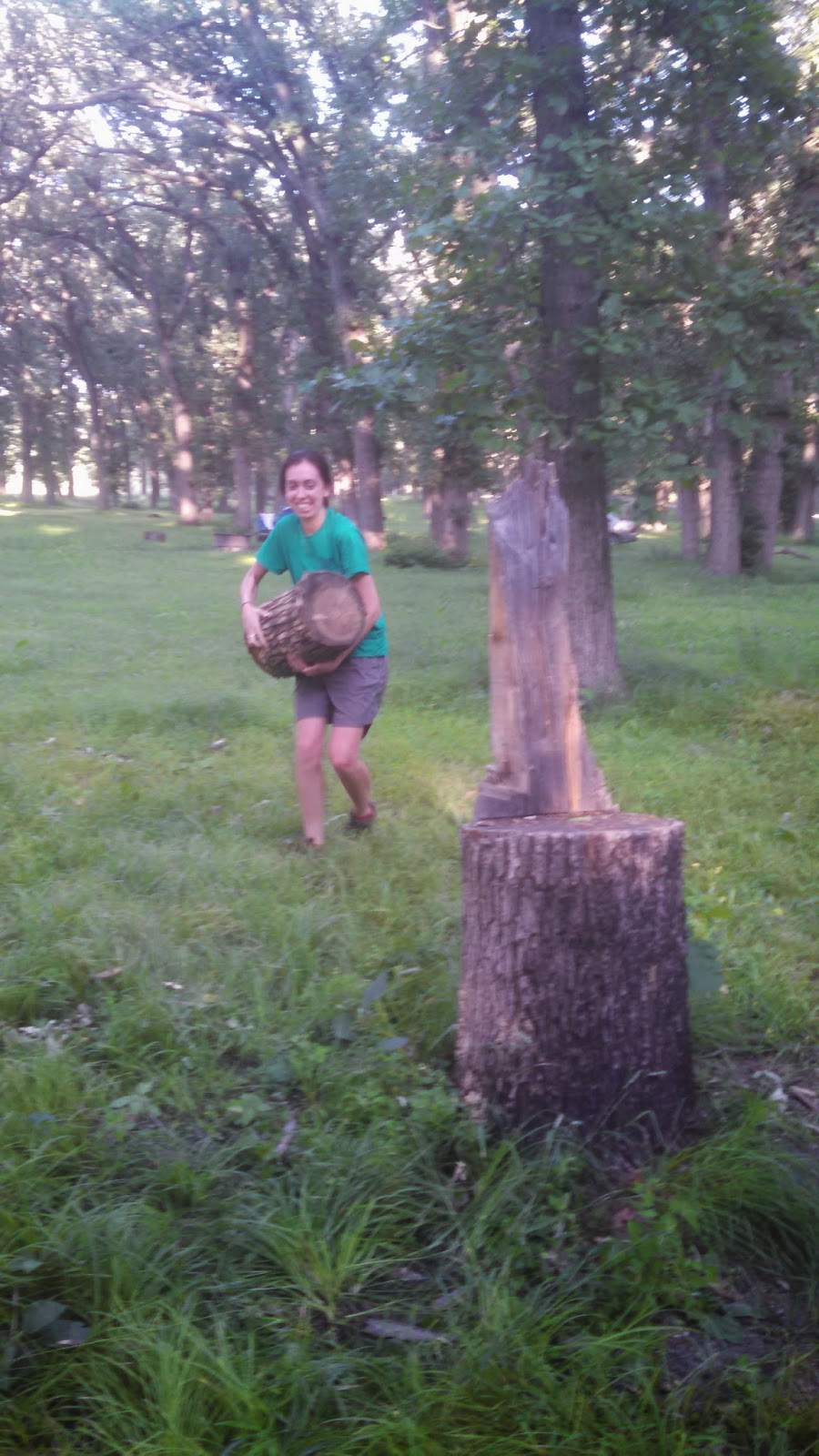 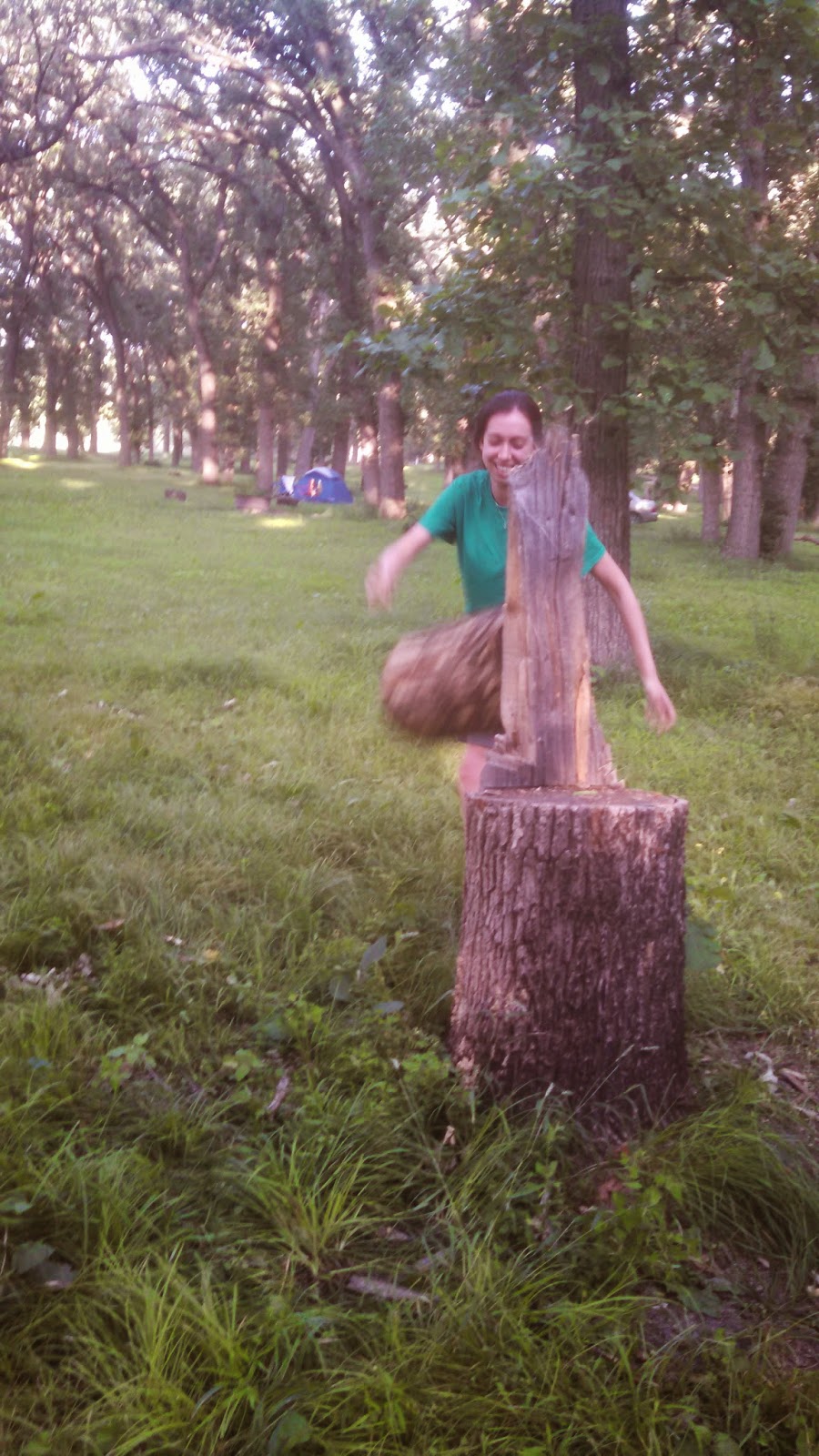 Haha Ananda laughed the whole time because we were laughing at her technique : )

The campsite was next to a cornfield (of course, this IS Nebraska after all) so we walked over to explore a little and take some pictures. Broken Arrow Wilderness was a pretty generic area, but we were grateful for the shower house (with real toilets!) and lovely scenery. 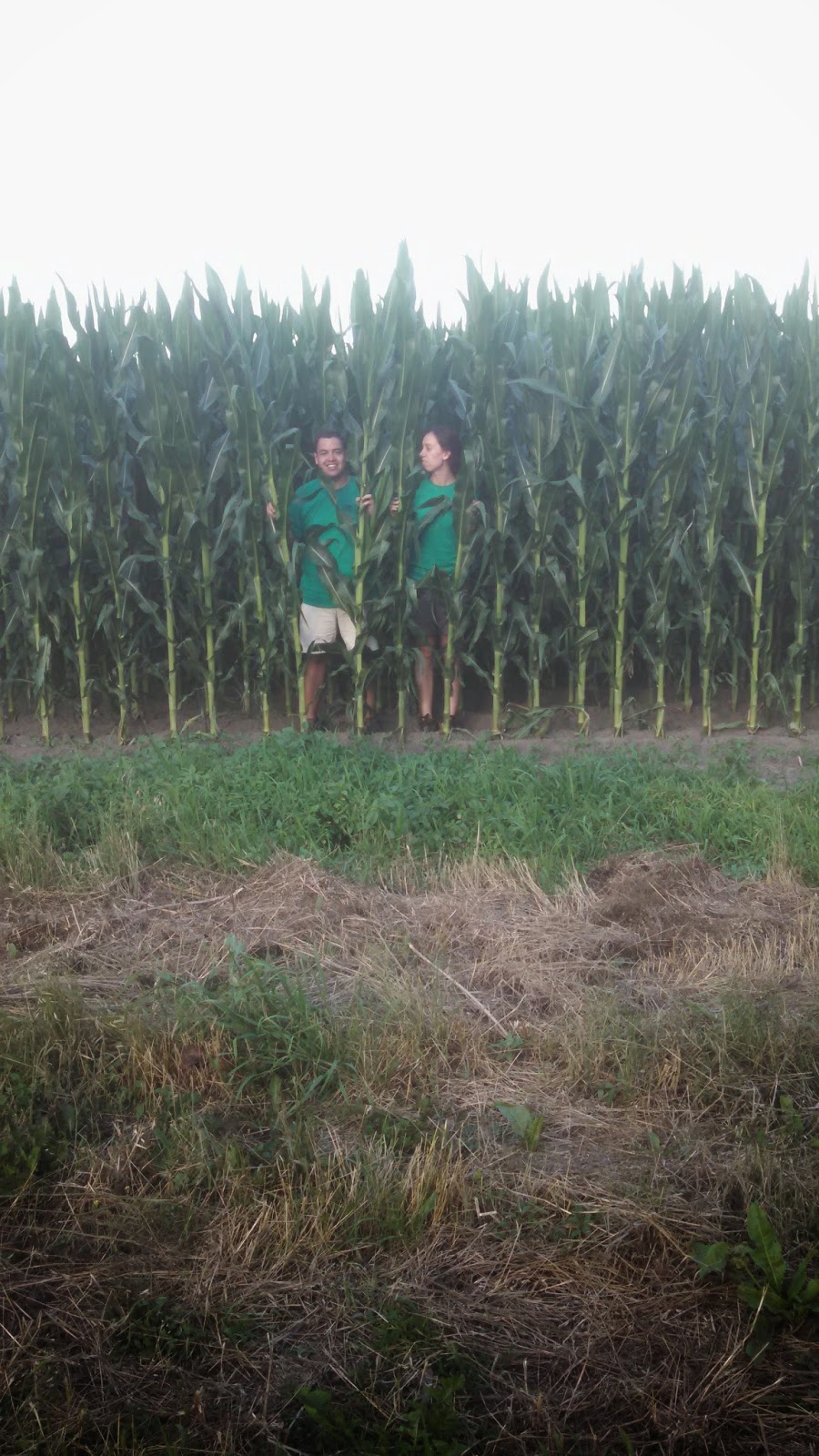 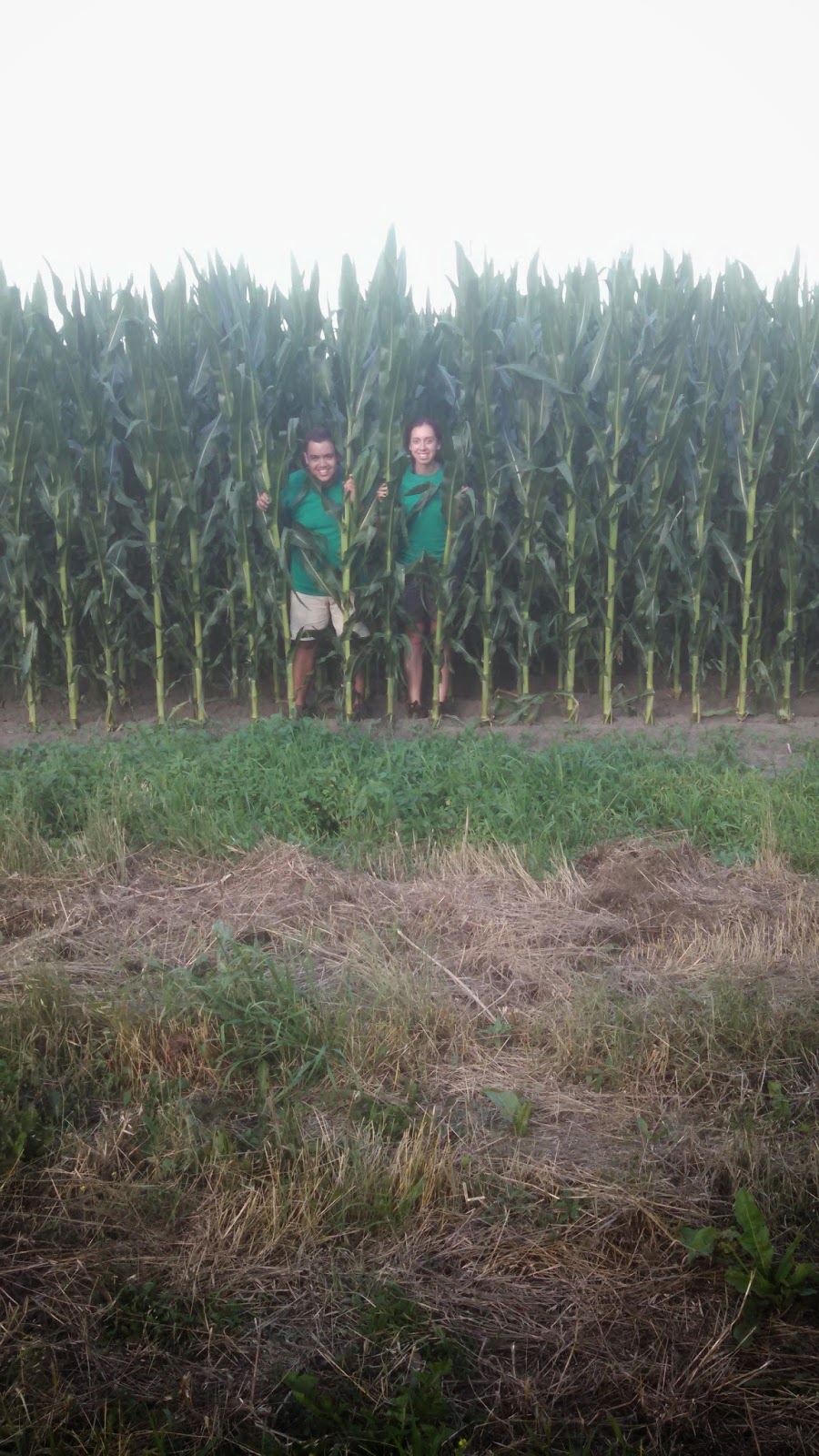 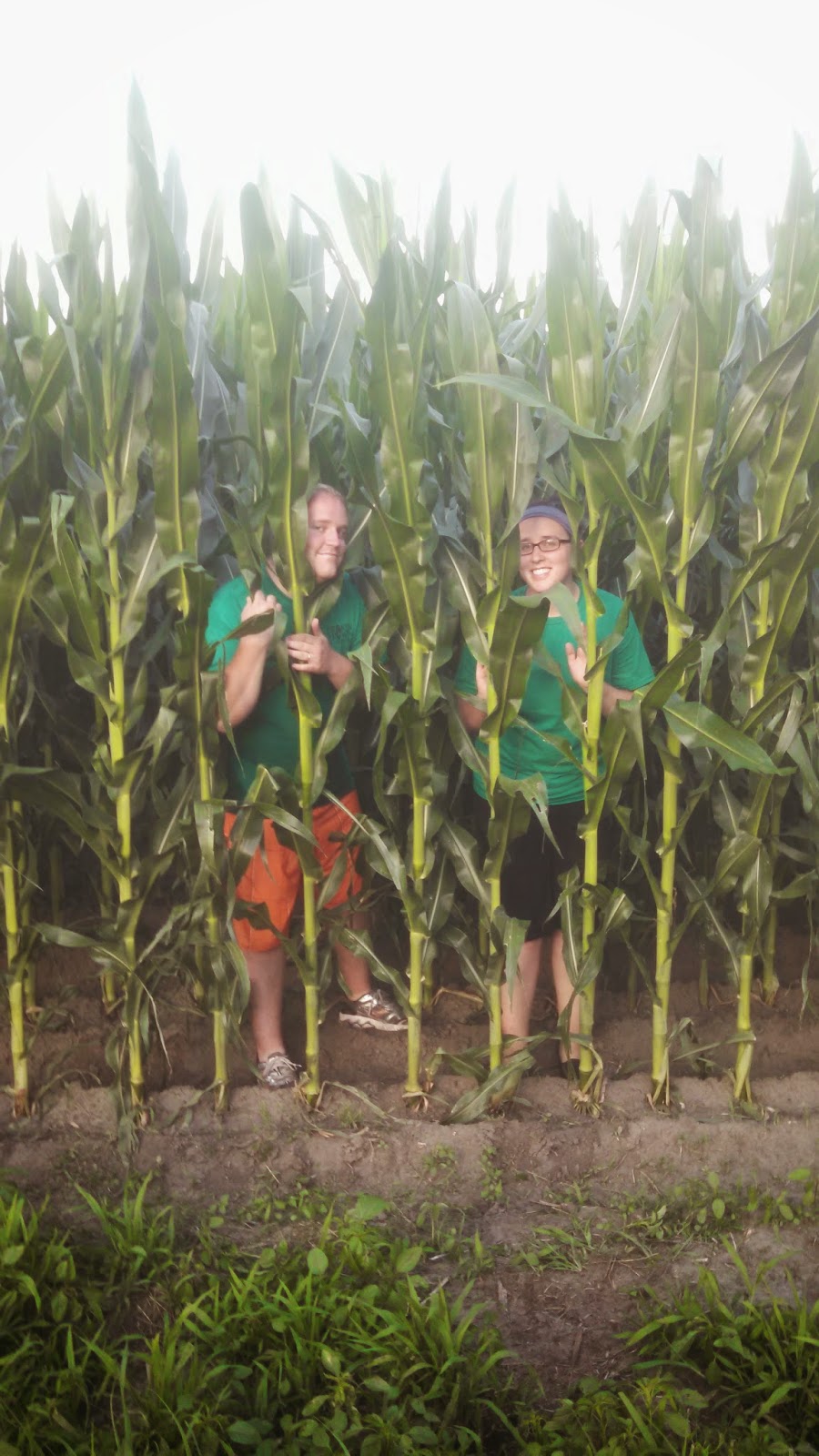 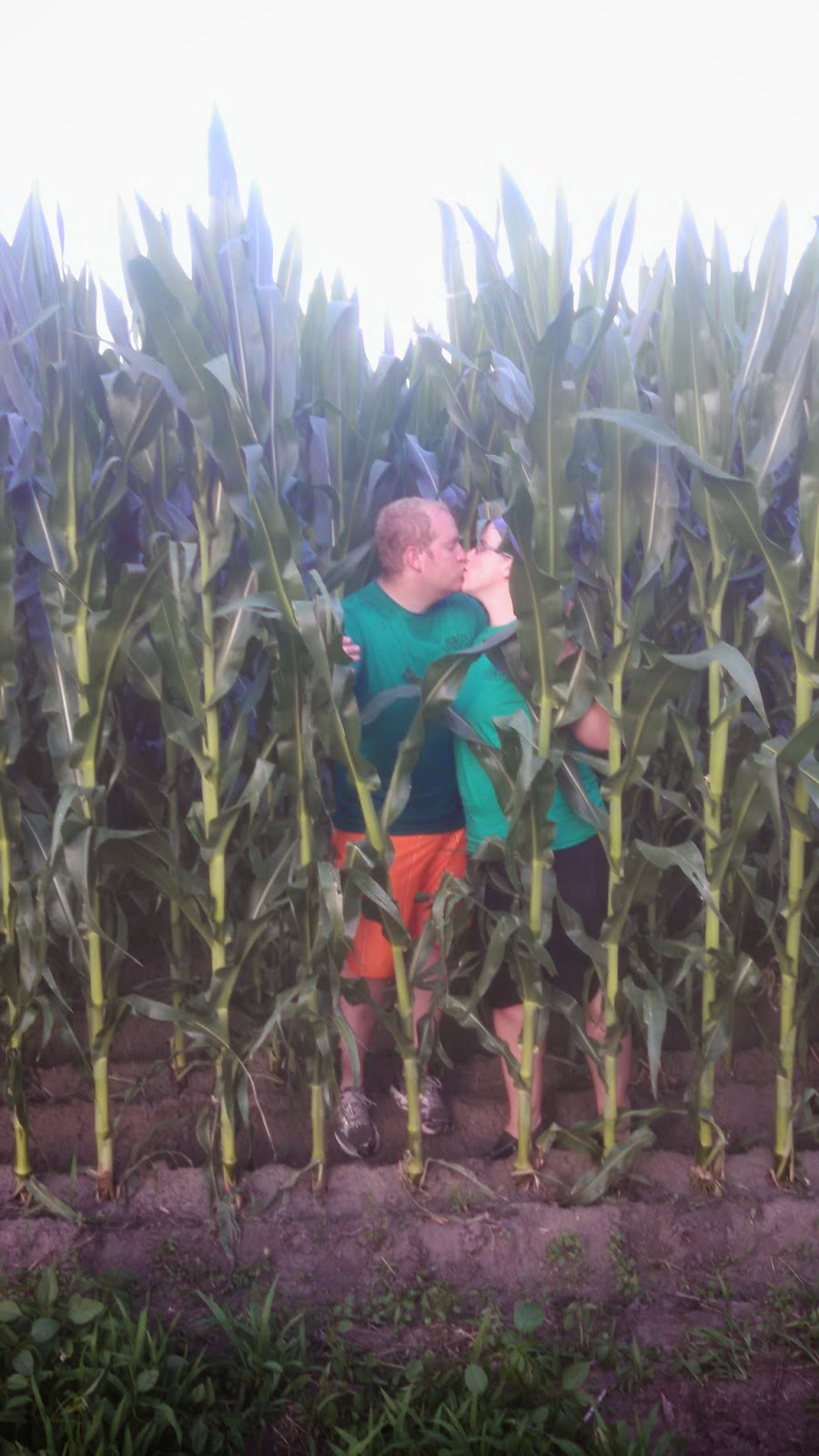 There was one fail of the trip, and that was the orange peel cinnamon rolls. We carefully carved out oranges to create a cup for raw cinnamon rolls and then put the whole thing near the fire. First it wasn't cooking fast enough, so they were too doughy...then we dropped one and covered most of the others in ash...then we mostly gave up because they were burning and we were full of s'mores anyway. Ha, it was worth a shot, right? 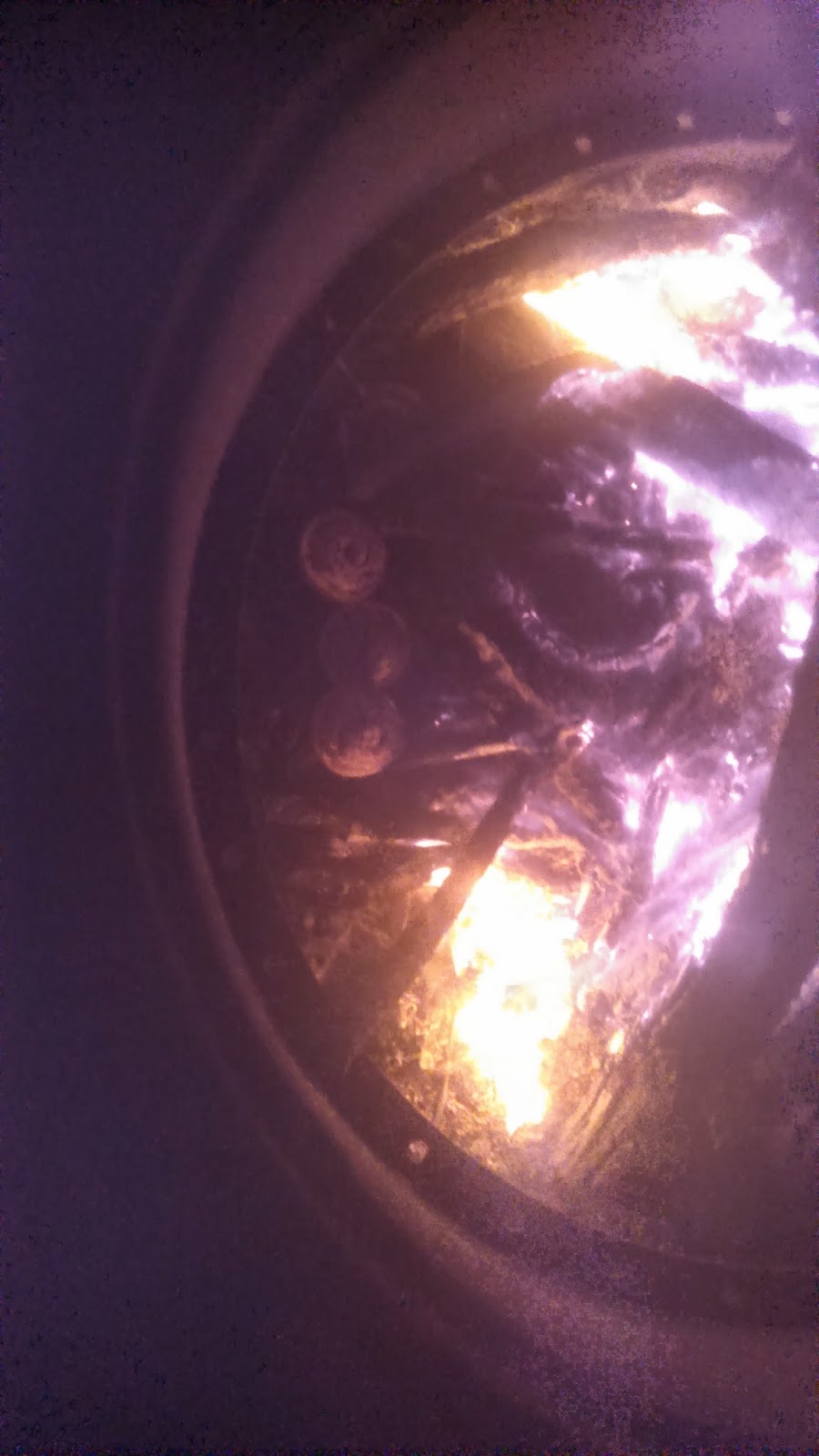 Basically it was just so awesome to be together, enjoying nature and each other and doing fun, silly things. It was a nice break from being full-time parents; Austin and I felt sort of like we were dating again and had a great time just being a couple. I am so glad Ananda and Christian came - they definitely made the trip what it was and we miss them way too much already.

Next year it's our turn to visit their turf, so we're planning a D.C. vacay...with the children, this time! Poulsens Take the East Coast, 2015. Get excited.
Posted by Jessie and Austin at 2:18 PM