He is the Gift

The LDS Church released a new Christmas program to help us rediscover the true meaning of CHRISTmas and how we can focus more on Christ and become closer to Him during this joyful season and all others, called "He is the Gift." I love it. I love that it reminds me that Jesus was born to earthly parents and lived and breathed just like us (and still does). I love that after watching the video and studying more about Him I feel my money spending temptations slipping away. I love that it brings the spirit into my home and continues to reinforce the knowledge of the Gospel to my children, and my husband and I. I love that I feel loved and my self-worth grows as I ponder on the life and teachings of Jesus Christ, and I love that my missionary brothers and sister-in-law (and 80,000+ other missionaries) are spreading this good message around the world.

He Is the Gift - watch, even if you've already seen it

The brief video is just the beginning - click on the links below the video and throughout mormon.org and lds.org to learn more. My understanding and appreciation of the Gospel and of Jesus Christ have been strengthened so much this past week as I've focused on how the Savior is the real gift of Christmas and learned through and studied these messages. It could take two minutes or twenty, but I promise once you start the Spirit will work through you and you will want to keep coming back to it. 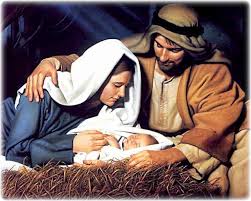 My heart was touched yesterday by many of the testimonies shared in our Sacrament Meeting, especially since my spirit was tender and moved already from attending the temple the day before, but I want to share a particular story that I heard that really touched me. I looked it up and found this version:


Wally was nine that year and in the second grade, though he should have been in the fourth. Most people in town knew that he had difficulty keeping up. He was big and awkward, slow in movement and mind.
Wally fancied the idea of being a shepherd in the annual Christmas pageant, but the play's director, Miss Lumbard, assigned him a more important role. After all, she reasoned, the innkeeper did not have too many lines, and Wally's size would make his refusal of lodging to Joseph more forceful.
No one on stage or off was more caught up in the magic of the night than Wallace Purling. They said later that he stood in the wings and watched the performance with such fascination that Miss Lumbard had to make sure he didn't wander onstage before his cue.
Then the time came when Joseph appeared, slowly, tenderly guiding Mary to the door of the inn. Joseph knocked hard on the wooden door set into the painted backdrop. Wally the innkeeper was there, waiting.
"What do you want?" Wally said, swinging the door open with a brusque gesture.
"We seek lodging."
"Seek it elsewhere." Wally spoke vigorously. "The inn is filled."
"Sir, we have asked everywhere in vain. We have traveled far and are very weary."
"There is no room in this inn for you." Wally looked properly stern.
"Please, good innkeeper, this is my wife, Mary. She is heavy with child and needs a place to rest. Surely you must have some small corner for her. She is so tired."
Now, for the first time, the innkeeper relaxed his stiff stance and looked down at Mary. With that, there was a long pause, long enough to make the audience a bit tense with embarrassment.
"No! Begone!" the prompter whispered.
"No!" Wally repeated automatically. "Begone!"
Joseph sadly placed his arm around Mary and Mary laid her head upon her husband's shoulder and the two of them started to move away. The innkeeper did not return inside his inn, however. Wally stood there in the doorway, watching the forlorn couple. His mouth was open, his brow creased with concern, his eyes filling unmistakably with tears.
And suddenly this Christmas pageant became different from all others.
"Don't go, Joseph," Wally called out. "Bring Mary back. You can have my room."
Posted by Jessie and Austin at 1:00 PM