Conversing with a 2-year-old 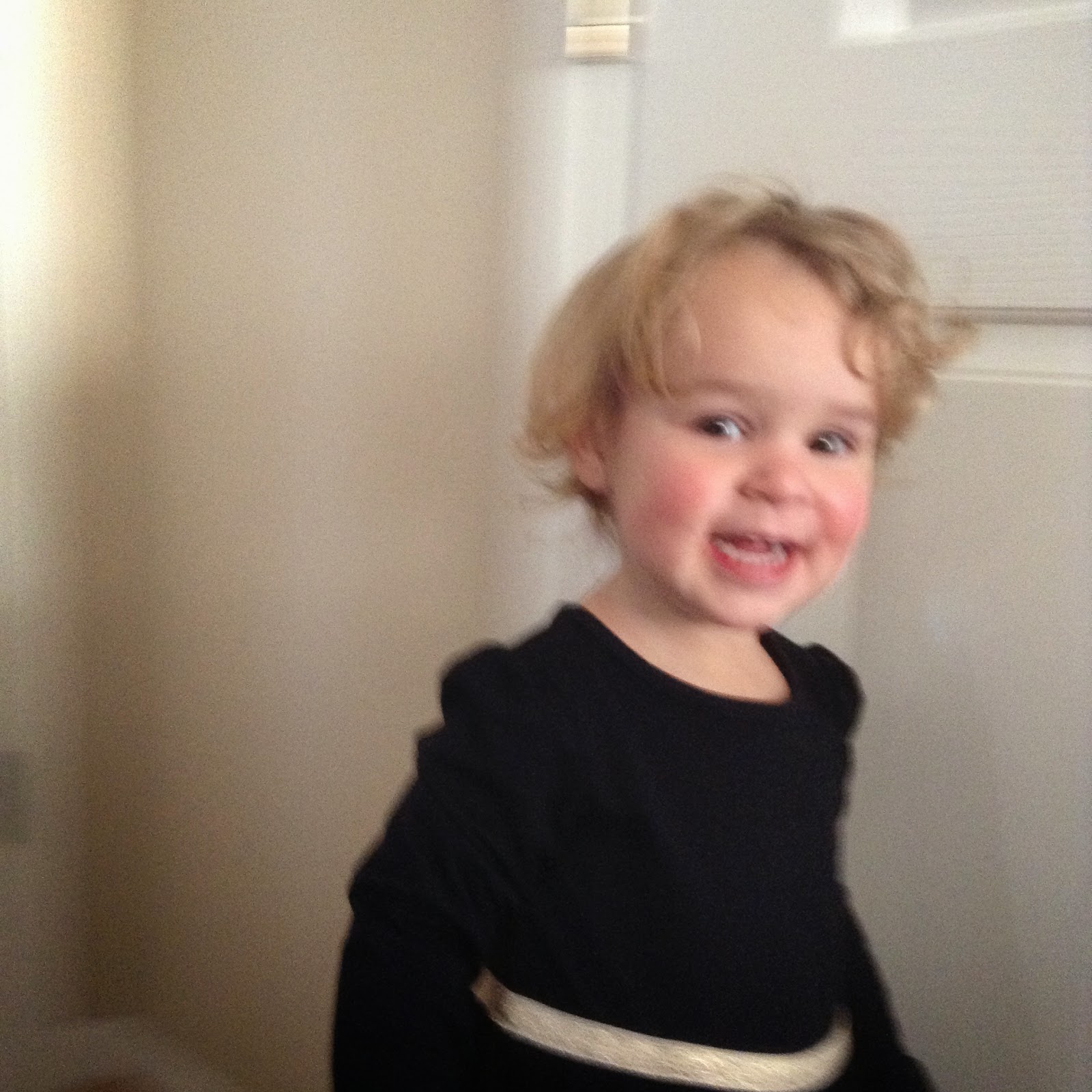 Being a mom has been fun from the start, but having legitimate back-and-forth conversations with my Natsby has got to be my favorite activity so far. It is just so fun to see where her brain goes and watch her make connections, or just completely make up something ridiculous and try to figure out how she got there. She talks about everything - food, movies, flags, Target, dogs, diapers...she keeps a running commentary most of the time. "We're watching Groove. There's Kronk. That's funny." She broke a little spoon today and asked me to fix it, so I taped it together and when I gave it back she said, "Thank you Mommy. Good job Mommy." She talks to us like we talk to her and she picks up everything anyone says. Be careful if you are saying something you don't want her to repeat. I always feel so proud when she talks to people and they can understand what she's saying, and she can respond appropriately to their comments. She also uses her hands and especially fingers when she's trying to get a particularly interesting or important point across, which is adorable. In school I think every single teacher I ever had told my parents "Jessie does very well but she talks too much!" I won't be surprised when I get the same comments about my Natsby...like mother like daughter!
Other things our pretty girl has been up to lately:

She latched on to a light bulb, randomly. I'm not sure where she got the idea that it would make a good toy and a good friend, but she would not let it go so I finally caved and let her hold one of the light bulbs I had just bought. My mom drew a face and hair and a bowtie on it and named him Larry. Natalie wouldn't go to sleep that night until I brought Larry the Lightbulb in to her room, and when I checked on her next he was wrapped in her hands right by her face. Pretty cute, but super random haha. I'm not sure where Larry is currently...I guess she got over that fancy pretty quick.

She's been on the tantrum train lately. Do two-year-olds have hormones that make them ornery and sensitive? I swear she acts like a total teenager sometimes. She gets mad for the most ridiculous reasons (the other day she had a ten minute freak out because she couldn't "take my tongue out." She was holding on to her tongue and crying and wailing because it was "stuck.") and has a hard time calming down. Mostly she just wails until I come gather her up and wipe her tears while she whimpers, and then she has some couch time until she's ready to go again. And then she flips out because I won't let her stand on the top of the toilet.

Her favorite movies lately include The Emperor's New Groove, The Goofy Movie, and both Rescuers movies. She LOVES Joanna the lizard (who doesn't?) in Rescuers Down Under and thinks that Yzma losing her shoe in the mud in New Groove is the most hysterical thing in the world.

She is back to mostly sleeping in her crib. I don't mind as long as she sleeps well...it's hit or miss. Lately she's really been fighting nap time and bed time, but it's not because she's not tired, I think it's because she's overtired. It's like she refuses to give her body the rest it needs and then goes into extreme freak out mode because all she needs is sleep. Her appetite has been ferocious, I feel like I can't feed her enough, and being hungry definitely contributes to her irrationality. I wish I knew how to help her deal with herself - she just gets so worked up about such little things. I'm sure she will work through it as she gets older, but she's pretty volatile right now.

She has been very pro-Daddy lately, which is very sweet. She most often prefers him to put her to bed or be cozy when she's sad. I'm glad that he gets to be the "go-to parent" for a while, since most of the time it's Mom's job - it's nice that he gets to feel extra love and preference. She gets mad if Daddy isn't the one to put her in the car or take her out, if he's around.

She still hates getting her diaper changed, she loves Andes mints ("green chocolates"), she misses playing outside (Lincoln schools are closed tomorrow purely because it will be too cold, ugh), and she loves seeing family.

The whole time I've been writing this she's been begging to be taken out of her crib. Sigh. Sometimes going in helps, other times it makes it worse. It's a mental and emotional workout for both of us.

Tonight we went on a Mommy/Natsby date to Chipotle and it was grand. I'm glad we are pals. I hope we'll always do stuff like that together. 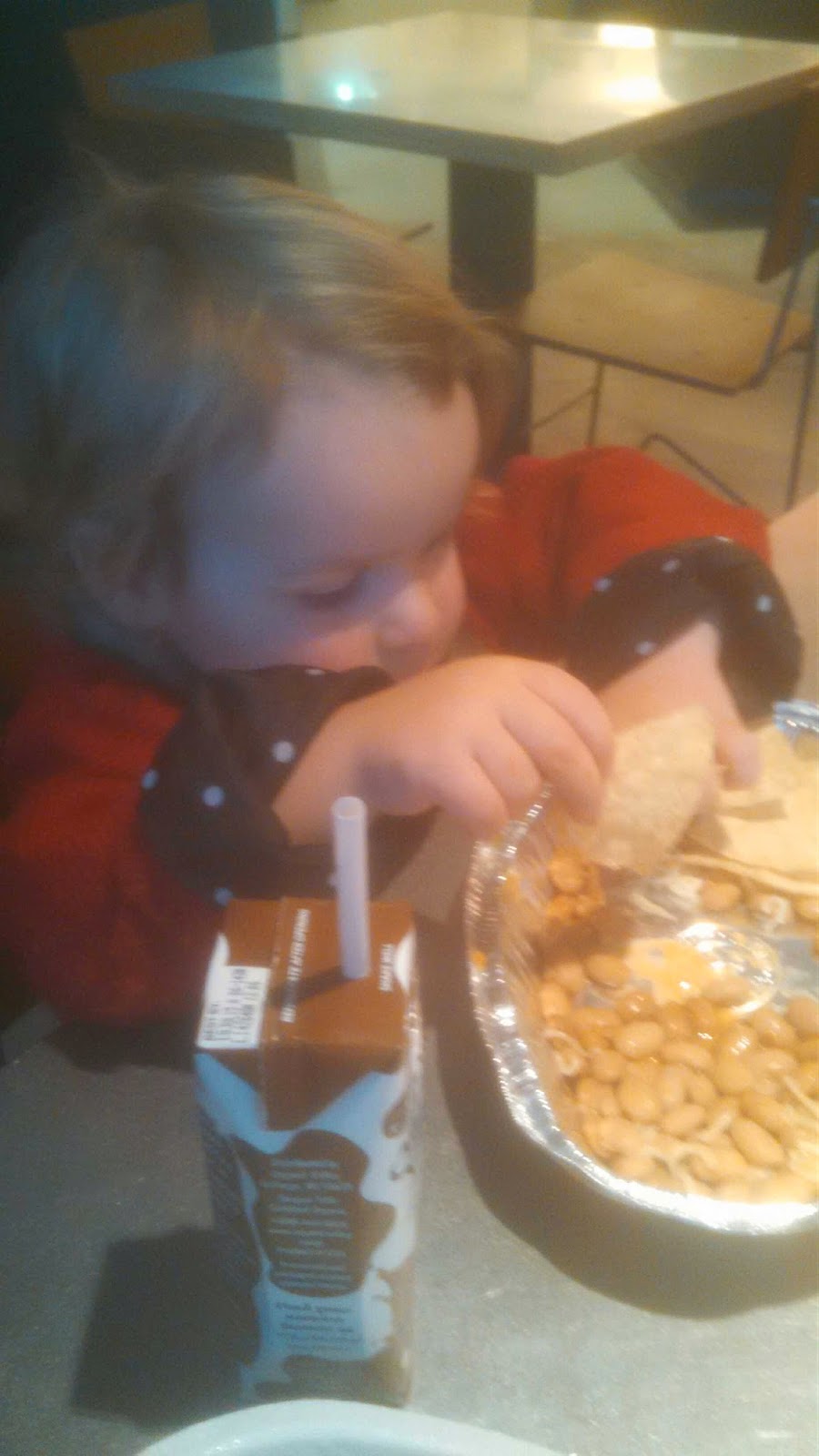 Posted by Jessie and Austin at 8:28 PM