He has curly hair that is already getting lighter in color. He really likes his bink, and being swaddled. 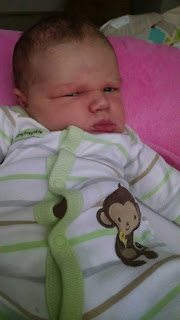 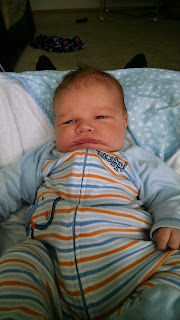 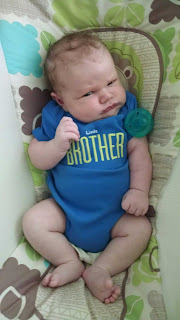 until he whips out the big shiny-eyed smile 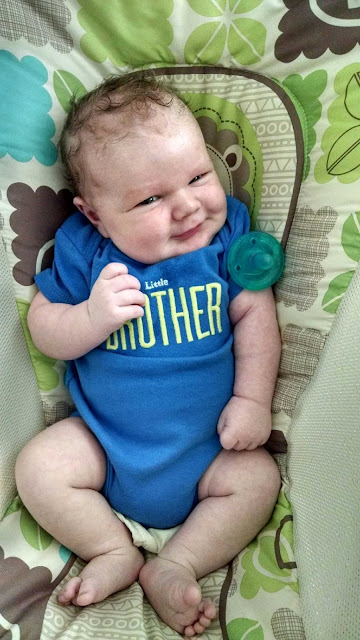 He doesn't really like the carseat or the swing so far. 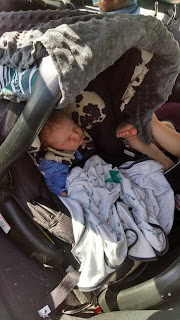 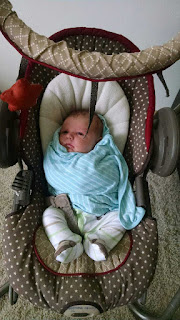 Hopefully he'll learn to love both. 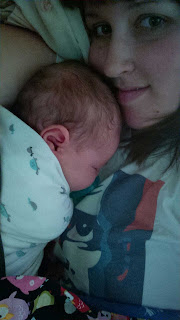 He sleeps better/longer if he's held, but he squeaks (when he sleeps, when he eats, when he's mad, when he's happy...he's just a squeaker) so it's hard to nap with him. But very cozy : )


The first month went so fast - I'm betting the months will keep flying by!
Posted by Jessie and Austin at 10:21 PM