Stockton turned 2 in September and not only was he not using words, but he didn't seem to understand what we were saying to him. His pediatrician recommended that we start speech therapy with him while he is still so young and impressionable and not frustrated, so he's been going once a week for the past few months and it's going well. He likes playing with the SLP, Kara ("ka-RUH, ka-RUH" as Stockty says) and I'm grateful to have some professional help. Mostly they just play during the sessions and Kara tries to encourage speech that way, and some days go better than others but we're noticing solid improvement in his eye contact and joint attention/focus, so that's encouraging. 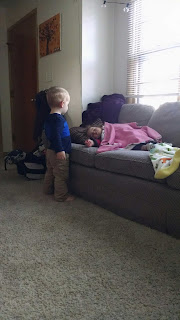 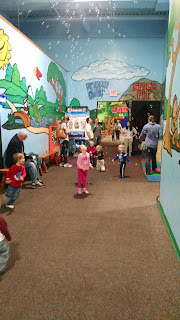 He's also made many improvements with his speech at home, which is so exciting. Seriously, not being able to really communicate for so long makes it SO WONDERFUL in the instances that we do communicate with each other. The first time I really felt like he was communicating, sharing info back and forth with me, was after the smoke detector beeped in the hallway. Stockton ran out into the living room, made sure I was looking at him, and said "beepbeep!" in a really excited, clear way. I couldn't believe it! We rejoice every time something like this happens, and will definitely not be taking it for granted any time soon. Other things he says regularly:

and his new favorite, ALLIGATOR (which he says "aggagator" and it is so cute)

This list may seem paltry, but after over a year of waiting for him to speak (since he turned one) this is HUGE for us, HUGE HUGE HUGE. He tries new words pretty often, but sometimes they don't stick for a while. I'm so glad that he is starting to understand that words have meaning and that it is fun to share words together. 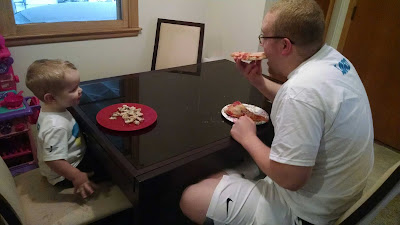 Yesterday Stockton grabbed my hand, took me to the door, and said "byebye." I told him we weren't going anywhere right then, but he brought me his coat and said "byebye" again and I was so thrilled that he was expressing an opinion, a desire, that I dropped everything and got the kids all bundled up to go play outside even though it was freezing. It is so exciting when he does stuff like this because it allows us to connect even more, and it is fun for me to be able to say, "okay, you're telling me you want us to go outside...yes, let's go!" I love this little boy to absolute pieces and it soothes my anxious heart that we are starting to communicate more.

Things I want to remember about our little buddy recently:

he loves throwing things into the sink or out of his crib and saying "uh oh!"
his favorite food is still easy mac, and he still loves milk
he loves running around like crazy with Natalie
the way he giggles/wiggles when he gets excited, dancing from one foot to the other
finding him in the corner reading his monsters book
watching him watch Natalie and laugh with her - having her as his older sister is so helpful to his development
he likes giving wide open mouth kisses haha

Shoutout to Susannah and Julie, two people who have been immensely helpful as we work to communicate better with Stockton. Sus is always a phone call away when I need to talk about something or have a question - she's a SLP herself and just totally understands everything, and I can really be open and honest with her because I know she gets it. Julie is my visiting teacher and she, without judging or being overbearing, offered to make Stockton some educational and fun activities/toys, and brings me new stuff all the time that she has spent hours working on. Her son had to see a speech therapist when he was young and she understood my need for someone to step in and help and just KNOW what I'm going through. She is an angel and I am so grateful for her support. 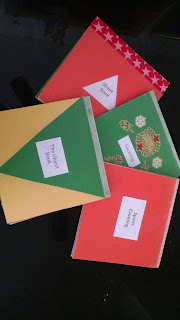 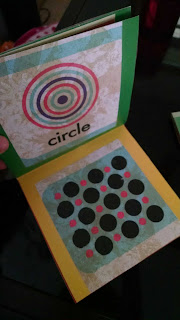 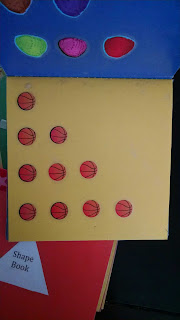 a very small sampling of some of the stuff Julie has come up with, bless her

We love our little buddy. Austin and I are constantly looking over to each other and saying, "gosh, he's just so COOL." We love his personality, his quirks, his energy, and his joy. We wouldn't have him any other way! 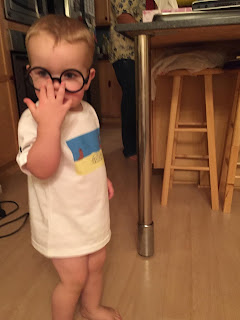 Posted by Jessie and Austin at 9:25 PM