Kobe Bryant is, undoubtedly, one of the greatest basketball players of all time. His impact on the game is absolutely undeniable. With a championship ring for every finger on one hand, he's obviously a very talented individual who knows exactly what it takes to win. 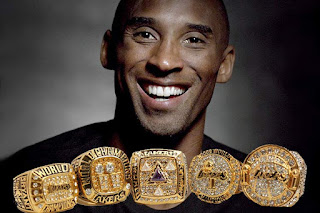 BUT (and this is a pretty big but) are talent and the ability to win a basketball game good enough reasons to admire a person? Over the past couple of weeks, I've seen (literally) hundreds of Facebook posts praising Kobe more than any man short of a deity deserves.

WHY? Why does everybody love Kobe? I honestly can't wrap my brain around it. Has everybody forgotten that the dude straight-up raped a girl back in 2003? Did they forgot that he then tried to bribe the police officers so they wouldn't tell anybody? It sure seems like they've forgotten. 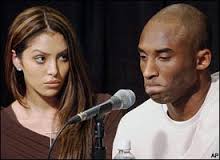 Imagine if something happened like that today. Imagine if Steph Curry or Lebron James got caught raping a girl and trying to bribe officers of the law. Social media would explode with outcries for the offender to be banned from ever touching a basketball ever again, and the league would oblige. But what happened to Kobe in 2003? Not even a slap on the wrist. He was allowed to play the entire next season, was never issued a fine, and his jersey sales actually went UP.

Wait, what? Kobe fans must be a special kind of horrible if jersey sales went up following what most people consider to be one of the worst crimes a person can commit. It makes absolutely no sense. I think there is a special place in purgatory reserved for everyone who bought a Kobe jersey that season. 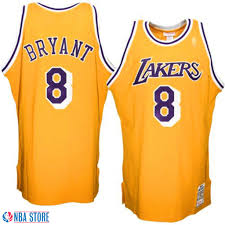 "But, he turned his life around after that!" scream Kobe supporters across the nation. Uhhh...do you even follow basketball at all? True, he never raped anyone again (that we know of), but that certainly doesn't mean he was a good person. If you think that's false, just ask Kobe's teammates. Everybody who played with the guy hated him because he was constantly calling them out, whether in private or right in front of the media. He didn't care. His teammates never mattered to him. And the few players that might actually call him their 'friend' are also horrible people: Ron Artest (or Meta World Peace), Lamar Odom, Derrek Fisher...I could go on, but I think I've made my point. Kobe was a toxic influence on every team he was ever part of.


Now, what I find hardest to understand about the whole Kobe phenomenon is when people call Kobe their hero. I saw a friend's post on Facebook the other day, talking about how Kobe has been his hero since childhood and how much he had learned from Kobe's example and blah blah blah. I was like, "Hmm, interesting choice. Who are your other heroes, O. J. Simpson and Michael Vick?"

Look, all I'm trying to say is this: DON'T BE BLIND. Yes, Kobe is a great basketball player. He is not, however, a hero in any way, shape, or form. He is not a good husband, a good father, a good friend, a good teammate, or a good person. Stop thinking he is. Our children can't afford to grow up with such 'heroes.'

Kobe Bryant is not a man to be admired, but a criminal who deserves to be in jail.