Poor Stockty got stung by a bee last week, the first of our children to have that fun experience! My dad found the guilty (dead) bee in his car later that night. He was stung on his ear, which swelled up for two and a half days and then I noticed the stinger still in there and pulled it out and the next day it had returned to a normal ear. 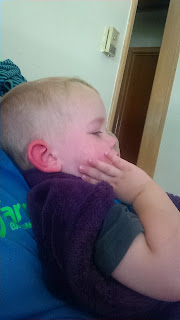 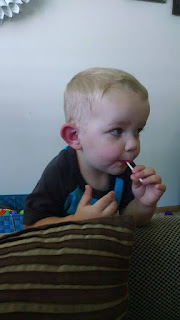 You can probably tell best in the bottom left picture, but it doesn't even really do it justice. It looked very abnormal! 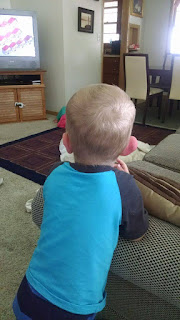 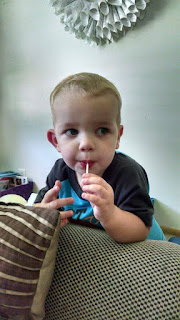 I'm relieved that he didn't have a bigger allergic reaction - hopefully that means the other children are also not super allergic and we won't have that particular issue someday.
Posted by Jessie and Austin at 1:11 PM