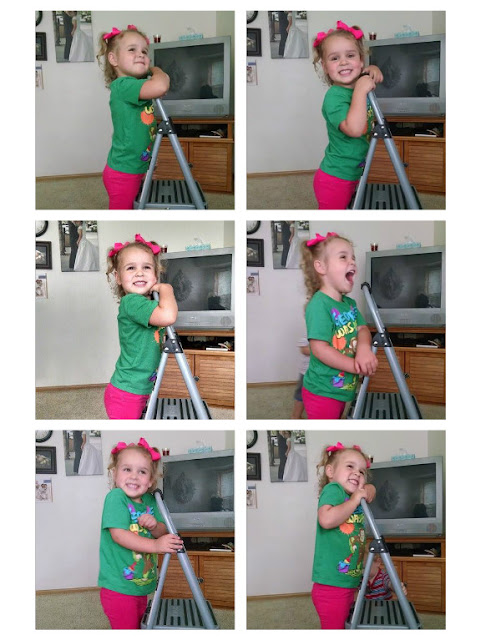 Natalie has been an especially nice girl lately. In certain phases she can be more stubborn/uncooperative, but she has been so happy and pleasant all summer. She is independent but prefers when we play with her. She keeps up an almost constant chatter with us all day. She loves being cozy with her animals and is particular about which one she sleeps with each night. She has been really into talking on the phone lately - she knows how to call my parents from my cell phone and will be on the couch talking to one of them before I even realize she's called. She has an astounding memory - she'll bring up obscure details about an event a year ago that I can barely remember we went to. She can't wait for preschool. She gets sad if she doesn't get to go on every single errand I ever go on. She's compassionate and curious and clever - we've noticed her problem-solving skills dramatically increasing lately, which is fun to see. She doesn't like wearing shorts anymore, for some unknown reason, but she loves getting dressed and especially being choosy about which shoes to wear. For book club last month everyone read "Anne of Green Gables" and I didn't go, but my friend told me the next day that they all think Natalie is the "Anne" of our ward. She's opinionated and spiritual and loves to be the center of attention. Austin commented the other day that she is going to be JUST like me, increasingly so as she gets older. She's fun to be around and fun to have around, and I'm just so grateful for her. The other night I was tucking her in and I said my usual, "You're a good girl, Natalie," and she patted my hand and said, "You're a good Mommy." I dropped her off with a friend while I took Stockton to an appointment in Omaha yesterday and the car ride was so quiet and somewhat lonesome without my little pal in the backseat. I love my boys but it is so fun to have a daughter!

We went through a Tinkerbell movie phase when we had Netflix last year, and one of the movies (Pirate Fairy) shows Tinkerbell's friend, Zerena, experimenting with different colors/effects of pixie dust. Natalie was fascinated with that part, and still loves the idea of pixie dust. We had a handful of drink mix packets that I wasn't really planning on using and for a treat this morning I let Natalie experiment with it. She was THRILLED! 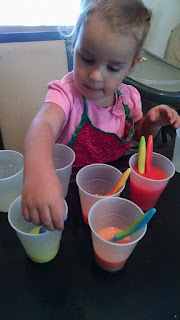 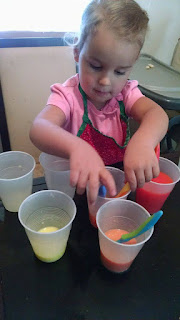 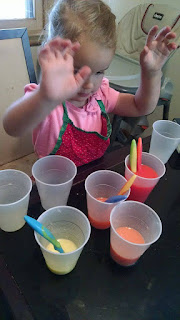 She took it VERY seriously, mixing carefully and making sure each cup had a spoon and giving flavors to each concoction (cinnamon sugar, apple crisp, lemon, strawberry.) Her focus face is the best! 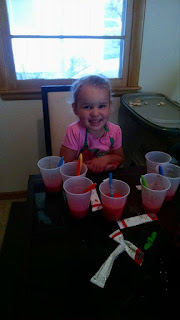 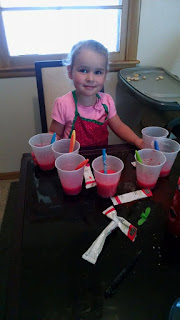 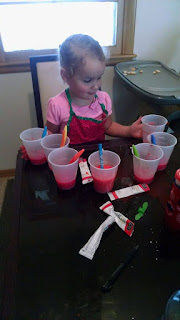 When she noticed I was taking pictures she gathered all the cups close and acted very proud of them. This type of activity is her favorite - mixing, experimenting, getting to be in charge of what to do next, stirring, pouring, getting messy. She continued to play with the "pixie dust" until literally all of it had spilled. There's even a red handprint on the chair upholstery. Yup, we're that family.

Last week our neighbors asked if Natalie would like to have their old bike, and she acted like Christmas had come early! She has had such a fun time "practicing," as she calls it. She takes it very seriously and is always excited to show me her latest riding technique (riding in circles on the back patio). It's fun to see her work hard at something and be proud of herself for improving. 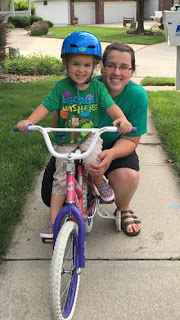 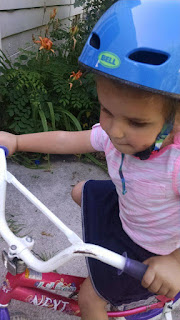 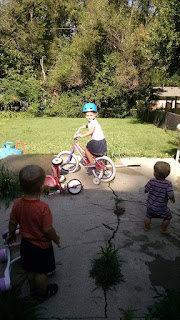 Another one of her "projects:" dumping out a box of spaghetti, bringing some of it upstairs and dumping it on the floor, then gluing it together to build a "tent." Basically we just ended up with pasta everywhere and sticky fingers. Oh, and noodles in the glue. 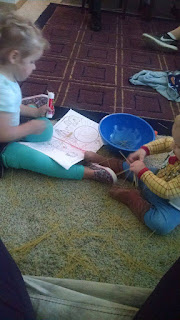 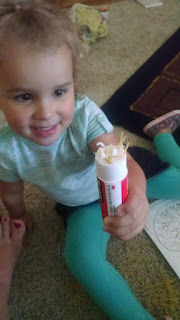 She loves "guiding" us with the map at the zoo. (You can't really tell, but on this particular zoo trip she was wearing no less than four shirts, one dress, two skirts, and one pair of pants!) 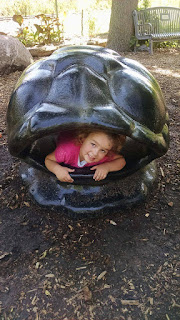 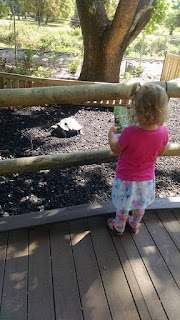 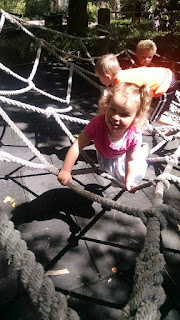 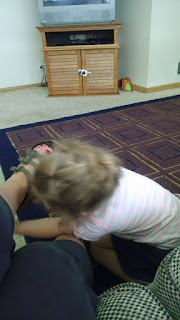 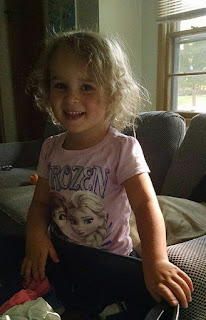 If I'm not fast enough to get up and play outside with her, she brings me my shoes and puts them on for me haha. 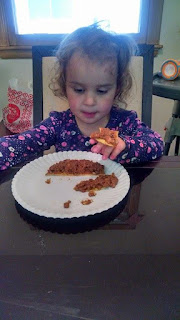 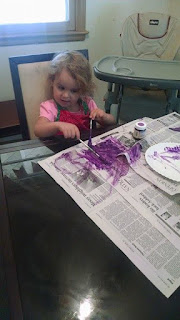 Not wanting to touch the messy part of the nacho, so she balanced it on top of her hand? And she had a blast painting. (And then wasted the rest of the paint by stuffing wipes into the little bottle haha.)

This is one busy, beautiful, wonderful girl!
Posted by Jessie and Austin at 1:55 PM