We've been doing the paper route for 2 months now! Some things are like we thought, but there are other things that we didn't expect.

Austin goes Monday, Tuesday, Thursday, and Saturday, and I go the other days. Sundays are the biggest, longest day because there are the most papers (around 215), plus two inserts (which adds bulk and folding time, ugh). Wednesdays are similar to Sundays but there aren't inserts, which makes it go faster. We figure it's fair for me to do the hard days if Austin does an extra day. The BEST is when my dad spends the night so Austin and I can go together - we can get it done so fast when we split it up! But I'm very glad we don't both have to go every day because that would get exhausting. The only way we're not too tired as it is is that we trade off days and go to bed before 9. 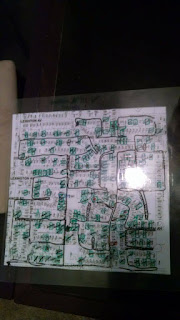 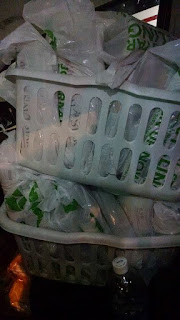 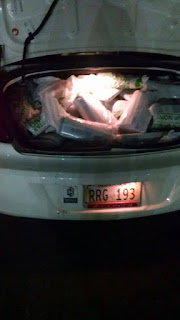 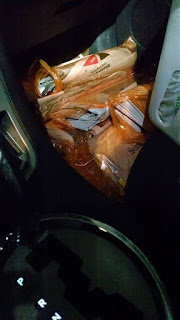 -having the biggest route (we deliver the most papers out of any route in Lincoln! that means more money but it also means it takes us longer to fold and then deliver. also, on Sundays the papers barely fit in the car there are so many and they are so bulky!)
-getting a good workout! we run to and from the car and between that and the humidity we are drenched in sweat


-delays in the morning - occasionally the papers are delivered late to the distribution center, which means we are waiting there at 2:30 in the morning wasting time. it is the WORSTTTT. the longest we ever had to wait was a Wednesday and the printing press actually broke, so I waited at the distribution center for TWO AND A HALF HOURS until I finally had papers to fold. It was maddening. I had to call Austin and have him get the kids ready to get in the car at 6am so we could split up the route in order to finish in time for Austin to get to work. (The papers are supposed to be delivered by 6 on weekdays, 7 on weekends, so it was extra stressful to know that we were going to be delivering papers late.)
-how many people are up before 5 or 6 waiting for their paper! like don't you have anything better to do?!

Austin has had the bad luck with rain - he's been rained (poured) on many times, but until last week I stayed dry! It was pouring last week though and the worst part was that I could hardly see - my glasses sometimes fog up in the humidity, but when it was raining they were foggy AND wet, so I seriously couldn't see.) 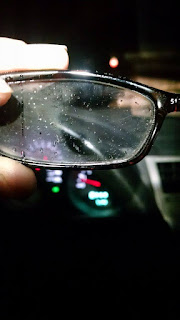 The single worst thing about the paper route so far for me though has to be.....the spiders. It's that horrible season again when the big, bulbous, stripity, sticky-webbed spiders come out and are a plague upon my mental well-being. I have always hated these spiders but now that we are out running through yards at 4 in the morning, I have a special loathing and fear of them. They are EVERYWHERE and they rebuild their giant webs every night and I basically tremble with horror every morning. There are certain yards that I literally take a full minute to get close enough to throw the paper to the front door. I'm sure I've added a stupid amount of time to the route by going around any potential spider areas (which is basically any areas because they are everywhere and they are out to get me.) I haven't run into any yet, but I've gotten wayyy too close for comfort. I'll be running along prepping my throw when all of a sudden my headlamp lights up the glistening web of death with the big globular spider right at my eye level and I stop short with a mini heart attack, then slowly slowly back away and hyperventilate for the next four minutes. IT IS AWFUL. I can't wait for it to get cold enough so they all DIE.

I'm enjoying the unity of working on a challenging project like this with Austin - it feels good to be joined in something that requires lots of effort, dedication, and teamwork. We both appreciate each other more when we realize we don't have to do the paper route that morning because the other person is doing it. I don't know how long we'll have the paper route, but it's helping enough now to be worth it!
Posted by Jessie and Austin at 2:02 PM