GUYS. We went to Texas to visit our pals! Ross and Aly Welch lived in Lincoln for the past two years and just moved to Fort Worth upon Ross becoming a Master in mechanical engineering. We cried for three months and then dropped everything and drove 10 hours to see them over Labor Day weekend. It was joyous and delightful. (Except that Stockton slept HORRIBLY and kept us up all night and it was the worst. Blah.) 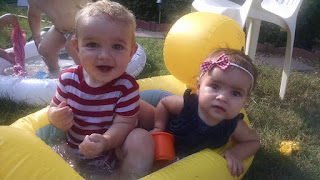 Jack and Ella were basically best friends. (They are six months apart.) It was so fun to see how much Ella has changed! She is just so dang cute. 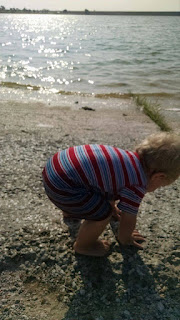 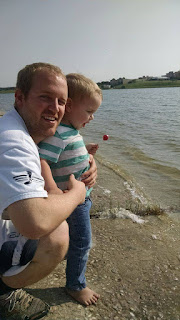 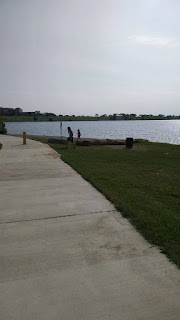 Um, they have a LAKE in their neighborhood. It was perfect. 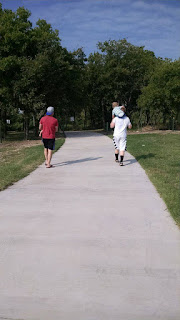 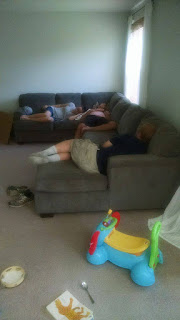 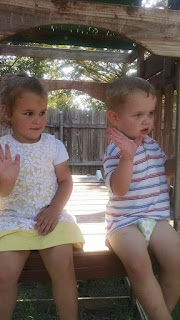 The Dads // everyone asleep (except Natalie, Stockton and I outside haha) 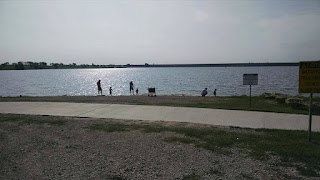 View from the parking lot // some really cute stroller babies 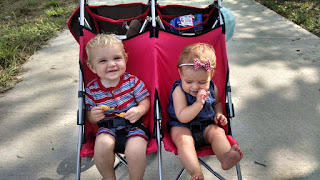 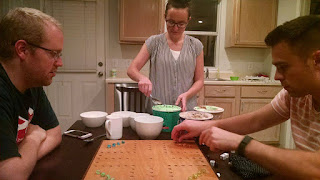 TATER HOLE and ICE CREAM. Basically all is right in the world again. 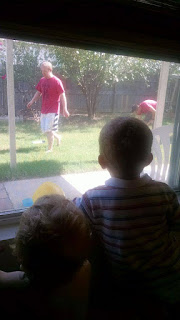 They introduced us to a yard game called Kubb ("koob") where you toss batons underhand to knock over blocks, basically, and it is 100% addicting and really awesome. The boys couldn't get enough, even in the super hot Texas weather. We made the kids come inside periodically to get some water and cool air and they were never too pleased about it, taking up camp by the window to watch until they could go out again. 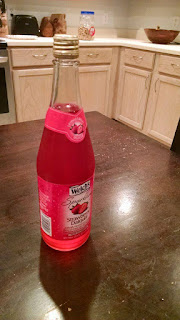 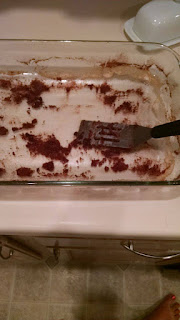 Welch's (get it!?) sparkling some sort of pink beverage, and the finished pan of the famed CHURRO CHEESECAKE. The Welch's spoiled us with delicious homemade breakfasts and a perfect Sunday dinner chicken, and we had all sorts of treats and yummy things in between. We all rejoiced in their giant kitchen, having been used to sharing a fourth of that space when we have cooked together in the past. 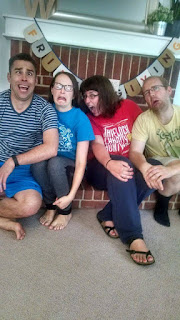 Natalie took these group pictures for us and ordered us to be "silly," which is definitely something we do frequently with these great people. They make us laugh but we can also have serious conversations. (And then get back to laughing.) We played Scattergories late Sunday night, practically falling asleep (THANK YOU, STOCKTON), and after a few rounds of normal lists we decided to apply our Poulsen/Welch relationship to the game. Instead of choosing a letter we had to use some sort of friendship reference to the prompt.

A song: "Cheerleader" since Ross sang that for us in the car on the way home after hanging out one night

And I can't remember any more, but it was a really fun way to cap our trip and reminisce "the good times" in Nebraska. We went to church on Sunday and saw their ward and met some people and it was fun, as always, to see our same church in different settings. Same type of church buildings but always different quirks. We loved seeing their house and their neighborhood and their new city. We ate lunch at an AMAZING Mexican restaurant (SERIOUSLY, if you are anywhere near an "Uncle Julio's," you HAVE to go), and mostly just enjoyed catching up and spending time together again. I know there are more things I want to remember about this trip but ultimately the details don't matter - the fact is we went and we laughed and we hugged and we can't wait for the next trip.


A note about the traveling: the kids mostly did really well. We left at 3:30 in the afternoon when Austin's class got out so we ended up traveling a lot after their bedtime. They sort of went to sleep but it took a while. We didn't have milk so we got them ice cream cones at McDonalds, figuring that could count as "dairy" haha. (Which is especially nonsensical since the gas station next door most surely had milk, as did the McDonalds, now that I think about it!) Each of the kids got a new little toy for the carseat and they enjoyed that, and I laughed at my own hilarious preparation of the food bag, the diaper bag, the clothes bags, and the "car entertainment" bag, each totally decimated by the end of the trip with no order or system. We drove through a lot of rural Nebraska and Kansas, briefly driving through Oklahoma and then Texas.

Love you, Welch's! See you soon!
Posted by Jessie and Austin at 1:52 PM