Things That (Should) Make Everyone Angry

Who was the first person to decide that fungus was an acceptable thing to put in our mouths? Like seriously, listen to the definition of fungus: "Spore-producing organism that feeds on organic matter...something that has appeared or grown rapidly and is considered unpleasant or unattractive." I mean, Athlete's Foot is a fungus...would you put that in your mouth? No! And you shouldn't put any other fungus in there either! Why would anyone ever put a spore-producing, organic-matter-consuming, unpleasant, unattractive abomination on something so pleasant and attractive as a pizza? It doesn't make any sense, and it enrages me.

The Kale Advertising Guy must be the smartest guy in the entire world. I imagine that about 10 years ago the board of directors at Kale, Inc. was getting pretty worried because their product was tanking. It looked unappealing, it was another leaf product in a market that was already super saturated with leaves (Romaine, Iceberg, Spinach, etc.), and, worst of all, it just plain tasted gross. Then the Kale Advertising Guy stood up and was like, "I've got it! We just tell everybody that if you massage it, then it will taste better and be healthier!" Everyone was like, "That's dumb, why would we massage a leaf?" And he thought about it and was like, "You're right, that is dumb. But let's try it anyway." And somehow it worked! Now Kale is super popular! And it makes me angry.

Poetry that doesn't rhyme is written by people who feel like they want to be writers but don't want to put the time in to actually write a novel or even a short story. So then they tell themselves that they'll write poetry, and they discover that it's really hard to rhyme and keep rhythm while still getting a message across, so they write something super lame that doesn't rhyme and they call it 'free verse'. LOL. Free verse blows.


4. The cost of a salad at a restaurant.

One of the worst things about life is when you're trying to lose weight and you go to a restaurant and want to get a salad so you don't ruin your diet but then you look at the menu and salad costs as much as a burger! At that point you just end up getting a burger because you feel like you're at least getting your money's worth from the burger and fries. Ugh. At least you're secretly satisfied that you didn't end up eating salad after all. 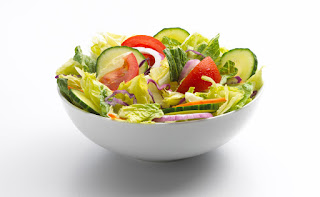 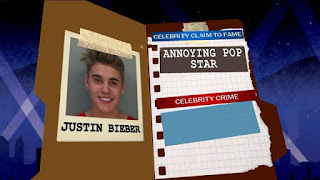 (This post was written by Austin, btw)
Posted by Jessie and Austin at 3:03 PM