On Saturday I walked with my dad and some of his JROTC cadets to commemorate and remember the Bataan Death March. From Wikipedia:

"The Bataan Death March was the forcible transfer by the Imperial Japanese Army of 60,000–80,000 Filipino and American prisoners of war. The transfer began on April 9, 1942, after the three-month Battle of Bataan in the Philippines during World War II. The total distance marched from Mariveles to San Fernando and from the Capas Train Station to Camp O'Donnell is variously reported by differing sources as between 60 and 69.6 mi. The march was characterized by severe physical abuse and wanton killings, and was later judged by an Allied military commission to be a Japanese war crime."

Before we started we had a moment of silence for the thousands of soldiers who died. I think that made it more real for us.

I read a fictional book in high school that had a character who was in the Bataan Death March and I've never forgotten how horrible it sounded. My dad's cadets organized this event to meet the requirements for a ribbon for their uniforms by walking 14 miles in a day, which is about how many the POWs marched each day for 4 days. I was grateful to spend time with my dad while remembering those poor soldiers who were involved in the March. 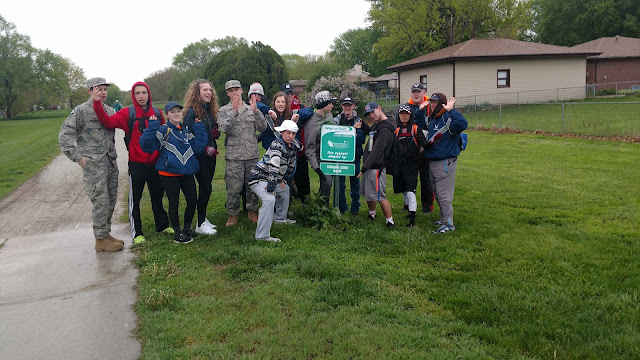 My dad had lunch with a Death March survivor in Seattle 20 years ago and said that the stories this man told were so horrific that it was hard to keep eating. He said that they were all exhausted and wounded from the battle, and it was humid and 110 degrees. The soldiers gave them one handful of rice and one handful of water PER DAY. He told awful stories of killing prisoners for no reason or for made up reasons. I can't believe something like this happened 70 years ago and that this kind of torture and inhumane treatment is happening right now in other places. 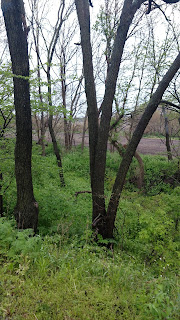 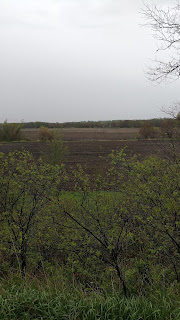 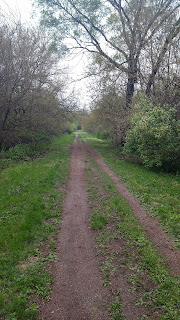 It was rainy and windy and muddy and cold, but it wasn't 110 degrees with soldiers prodding me with bayonets, so I didn't complain. I thought the Nebraska wilderness and farmland was actually quite pretty. 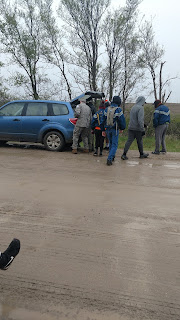 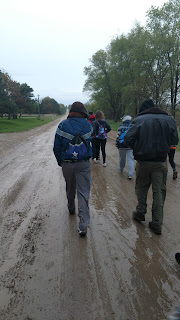 Getting snacks from the "support vehicle" and walking on the muddy dirt country roads. 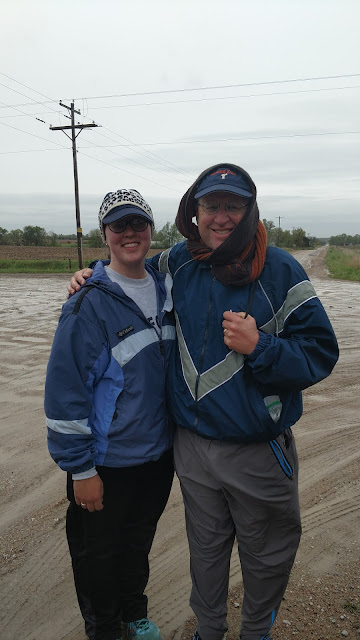 I had to go home halfway through so we could make it to lunch with the Poulsens, but I'm really glad I was able to go and think about the sacrifices that people have made for me decades ago and see how sober and respectful these high school kids were when talking about the Bataan Death March. History is real, even if it's hard to believe, and I think this commemorative march was a noble thing to do in honor of the prisoners of war. Get involved! Learn more about history!
Posted by Jessie and Austin at 9:01 PM