One time my mom accused my dad of "kitchen sinking" her and I misinterpreted it for years as "setting one up for failure" until recently Austin was like, "um, do you know what that means for real?" and we googled it and clarified that it was bringing up a bunch of old random grievances all at the same time during an argument. Now we (and you!) know.

The title of this post is "kitchen sink" not because I had an argument with my husband but because my kitchen sink was out of commission for a few days and I hated it. Do you realize how many times a day you use your kitchen sink? Dishes, water to drink and cook and clean with, grinding food in the disposal, washing hands, dumping out unwanted liquid....it's in near constant use! Saturday night the sink randomly wouldn't drain and then got worse on Sunday. I texted our awesome landlord, Larry, this picture that afternoon and he suggested plunging it and told us he'd stop by Monday morning. 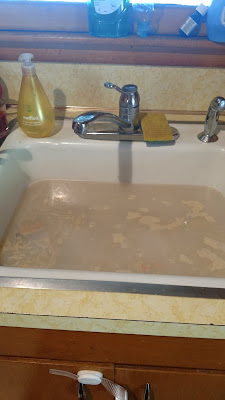 It smelled bad and the plunger didn't work. The garbage disposal was replaced last year so we knew the problem was further down the plumbing.

The plumber came Monday, checked out the leak through the valve in the basement where the kitchen sink flows, and it burst out as soon as he opened it, drenching the floor, the poor plumber, and spraying black grease/oil water onto the walls. It smelled so bad! He said the pipes were old (wrought iron) and had two cracks where mud from all the Nebraska rain had settled in, creating the sink blockage. The pipes needed to be replaced and the mud needed to be removed. He came back today (the next day) to jackhammer the floor, dig out the broken pipe, sludge through the mud, and replace the pipe with new PVC. He put in new cement where he dug the old out and it's drying for 24 hours before we can move the (gross) carpet back over the spot. 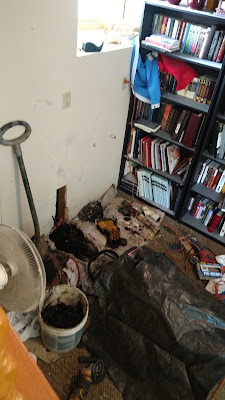 I took this picture when he left for lunch - the rectangle in the wall is where the valve was, and the black mud hole is where he removed the cement. I should go take an after picture downstairs buuuuut that would require me going downstairs so...not happening.

The smell is gradually diminishing but I advised my dad who was sleeping over to sleep on the couch instead of the stinky basement. Hopefully it will fade away completely! (Also, do you see the white dust over the bookshelves? That's from cutting the drywall...it's coating EVERYTHING down there!)

So he left and we started our full-to-BURSTING dishwasher and put in the first of four loads of laundry, taking full advantage of working plumbing again and feeling grateful that we don't have to pay for these kinds of issues. (Renting does have its perks!)

I had to keep the kids upstairs and out of his way so we tried various activities: 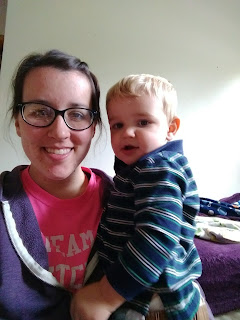 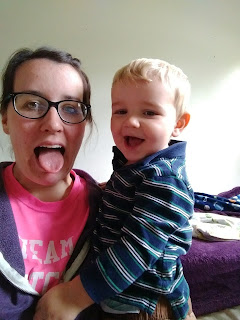 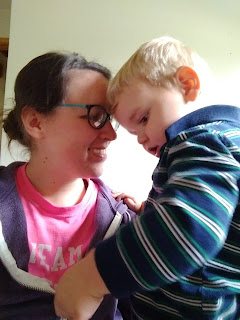 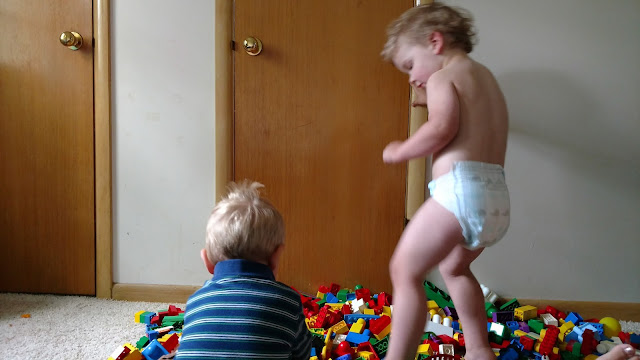 I brought the lego tub up from downstairs and let the boys dump it out as they pleased. They were very interested in stepping on the legos and rolling around in the big pile. We had fun building towers and, of course, destroying them. 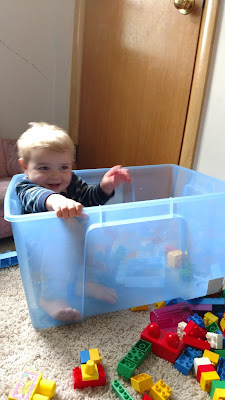 same tub, different babies! Jack sitting in the tub made me remember this picture of baby Natalie 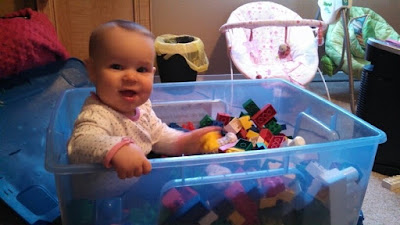 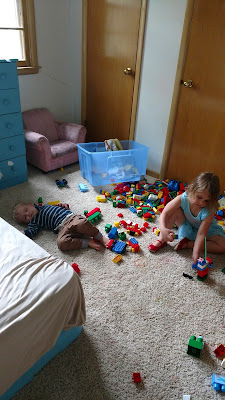 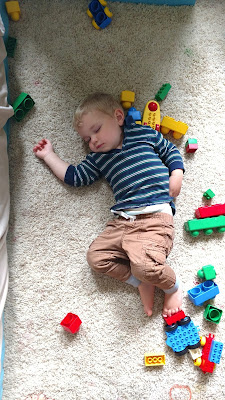 Jack fell asleep - he plays hard and sleeps hard! (We had a successful transfer to his crib and he slept for almost 3 hours. It was glorious.) 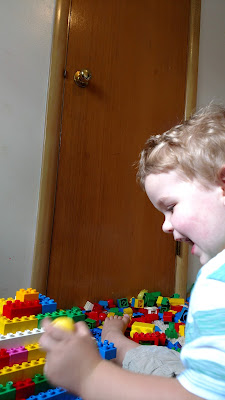 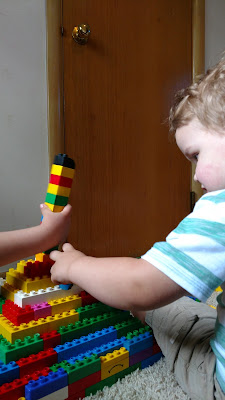 I built a pyramid and Stockton thought it was hilarious to take the farmer person from a different toy set and walk him up and down the steps. It was cute to watch, and it kept him from destroying my hard work. Until he got bored of the farmer and destroyed it anyway. 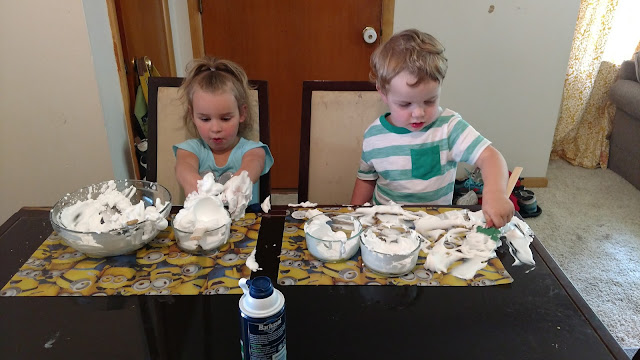 We whipped out the shaving cream (and that smell mixed with the mud smell from downstairs was making me gag, not a good combo!) 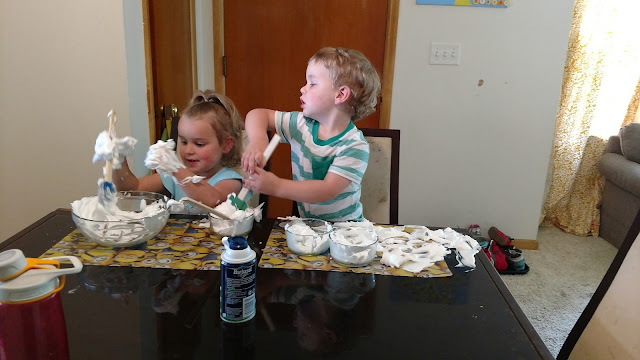 
So I didn't think about the fact that I didn't have access to my kitchen sink for shaving cream clean-up until it was time to clean up and I regretted my choices immediately. It was hard to deal with the mess without the sink! I had to keep going to the bathroom and using way too many wipes.

We also went to the park, even with dark gray storm clouds rolling in. As soon as we got there it started to rain, so we hid in the little slide tower. Natalie was racing down the steep steps to come hide with us and slipped and fell down, so that's why she looks so traumatized in this picture, poor thing. 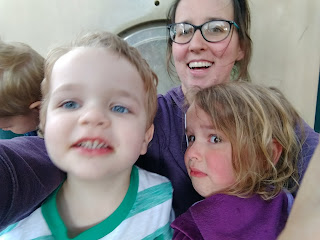 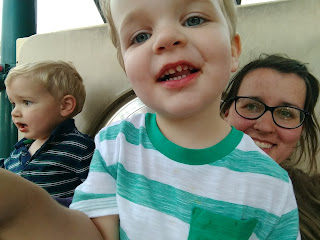 And then we came home and had delicious pulled pork enchiladas for dinner, complete with a fully functional sink to help us clean up afterwards. I won't take my sink for granted anymore, that's for sure!
Posted by Jessie and Austin at 9:30 PM