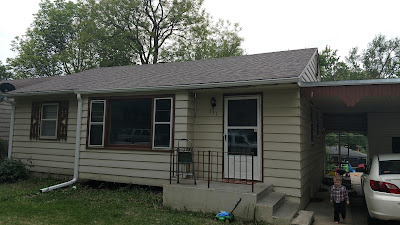 We got new gutters, a new roof, and they took the awful brown awning down, finally. It's not quite so homely as before (but when I'm giving directions I still refer to it as "the ugly brown house"). 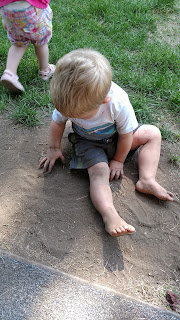 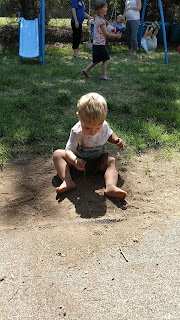 Jack LOVES dirt. So much. I love letting him play in it. (Thanks Alissa for this particular patch of delight.) I don't, however, love cleaning him up constantly. Sometimes (often) I forget to make sure my kids are clean before we go into public and I wonder what people think of us haha. Especially since the boys aren't usually wearing shoes. 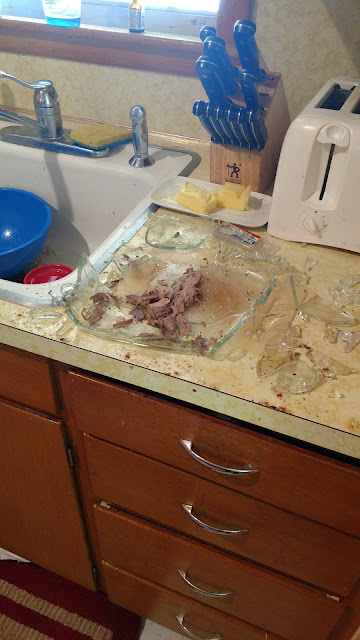 My pan shattered after cooking pork all day and me accidentally turning the wrong burner on and heating up this pan just briefly. I moved it quickly over to this counter and was chopping broccoli when it literally just EXPLODED. Then, ten minutes later, I set a different burner on fire somehow, and then a few days later I broke ANOTHER pan (by just putting it into the cupboard! It must have been brittle already.) My kitchen game is NOT strong right now. Although I did finally find the spatulas I've been looking for! We were down to one spatula and desperately needed more but I was looking for a very specific type of spatula and my normal stores didn't have them. I finally found them at Bed, Bath, and Beyond (of course) and got 8 for $8 and am super thrilled. 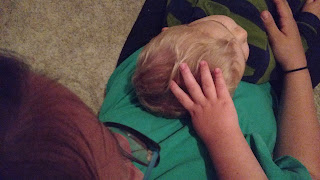 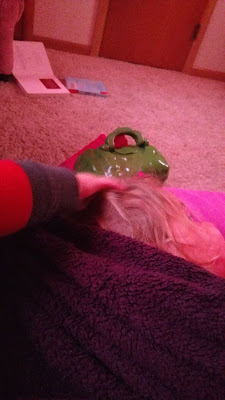 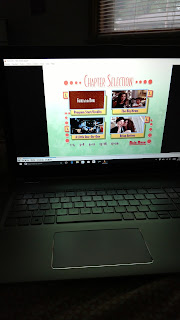 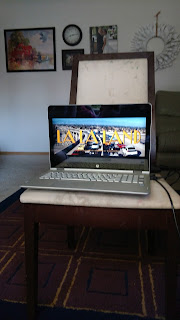 Lots of movie watching lately - one of my favorites, Father of the Bride; and the very popular La La Land from 2016. As I type I'm listening to Sense and Sensibility in the background - so good!We've also been enjoying Parks - we're in season 4 currently. 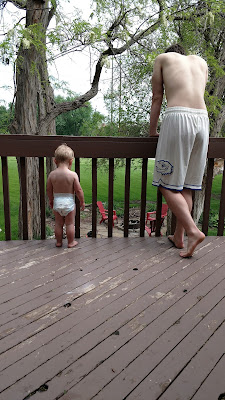 Jack and Jack on the deck 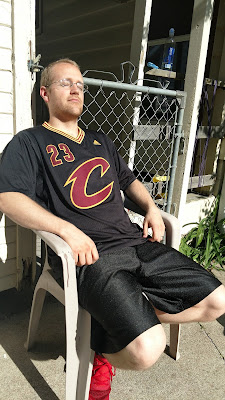 Austin basking in the glow of his Cav's jersey (his much-coveted graduation present from my parents). This jersey in particular is special because it's the same style of the ones they wore when they finally won the NBA championship last year. Austin tells me this every time he wears it. 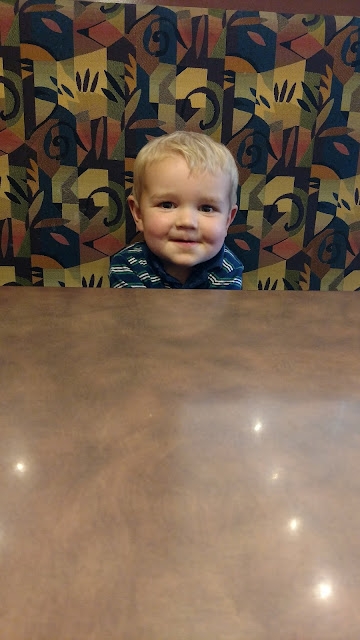 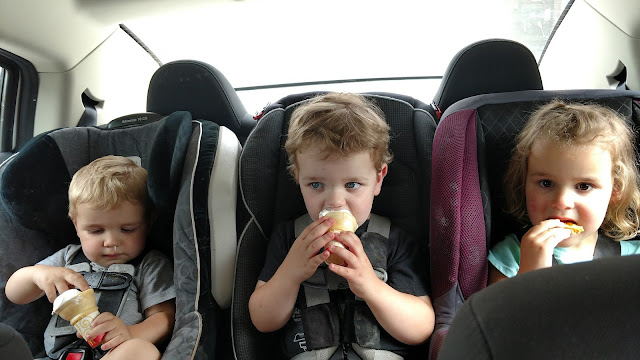 The kids did really well while I had a meeting at the house yesterday so I told them we could go to McDonald's and get whatever they wanted. Natalie wanted chicken nuggets, Stockton wanted a hashbrown, and Jack wanted an "ice heem cone." Then Stockton heard me order one ice cream cone and decided he needed one too, and then Jack was over his cone and wanted Natalie's chicken so she shared. 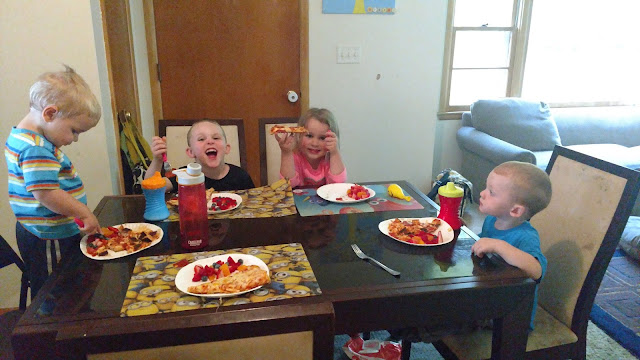 Tonight we babysat some friends and everyone was silly and crazy. It looks like they're all doing a great job eating their dinner, but 28 seconds after sitting down and taking this picture they all scattered and ate hardly anything until two hours later when they were all finally ravenous.

We subbed for the paper route yesterday morning (and got to do it together, yay!, since my dad stayed over). It went fine but we've been tired since. Austin is in Minnesota for a work training and I'm here staying up too late blogging about nothing so I'm going to cut myself off and go to bed. (If I can - my dad fell asleep on the couch in the living room and his harsh exhales sound just like Natalie whispering "Mom!" from the crack in her door when she needs something and doesn't want to come out of her room, so I keep thinking it's her but it's not.) Buenas noches!
Posted by Jessie and Austin at 10:27 PM