Life, lately, has been full of:

Max and I had a good long laugh about the next series of pictures. Natalie asked me to draw Ariel, so I drew this from memory: 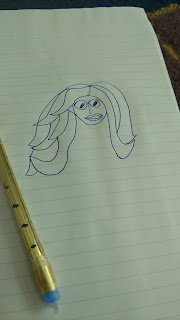 I showed Natalie and she said, "Um, I don't like the face. Make it better." So I looked up a picture for reference and tried again: 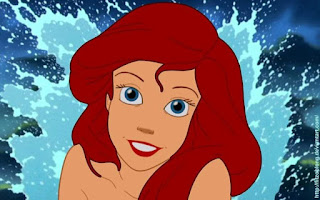 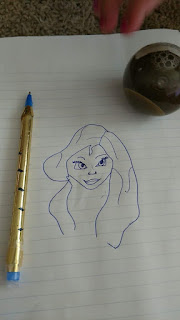 I thought my second attempt was admirable, for someone who can't draw to save her life! Then I asked Natalie to draw Max: 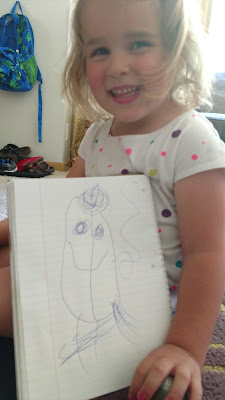 She looked at her drawing, thought about it for a minute, and then finished it off like this, saying "it's his beard!": 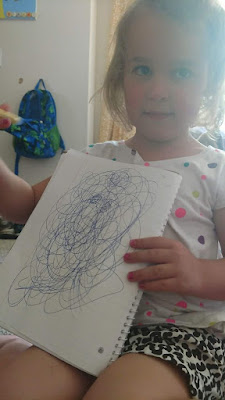 I think it's awesome that she is getting more interested in drawing. The other day she wanted to do science experiments and had this idea to draw the experiments on paper and then pass them out downtown to hopefully find the "evil lab scientist" and be able to do all the experiments we wanted to, ha! She's been SO creative and inventive lately, I'm LOVING it. 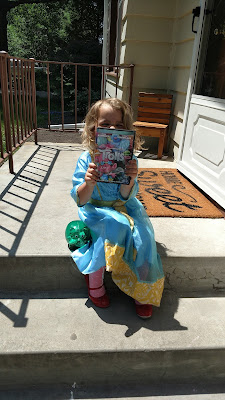 Also, she saved up enough coins to buy the Trolls movie, and she was very excited! 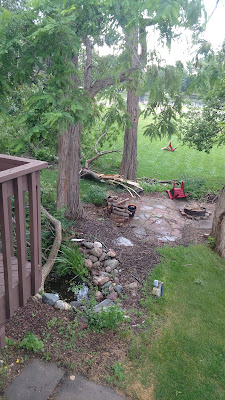 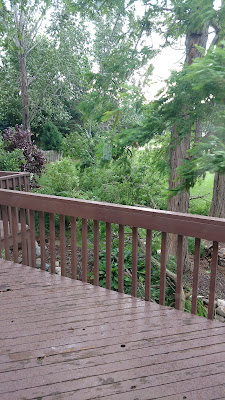 The wind gusted hard enough to bring down two GIANT branches/trees in my parents' backyard today. You can see the obvious splintering of the first one and the big branch laying over the pond area in the left picture, and most of the greenery you see in the picture on the right down on the lawn is part of the fallen branches. So grateful they didn't fall on the house or cars or us, heaven forbid! 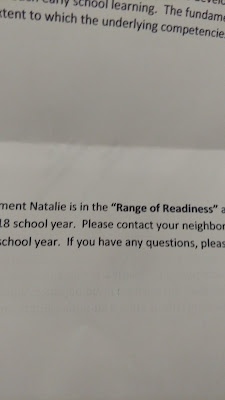 Oh, Natalie has been deemed READY for Kindergarten this fall! Woohoo! Now, to figure out where she'll go. (Laurie, I meant to find you on Sunday to chat...let's talk soon about this!) 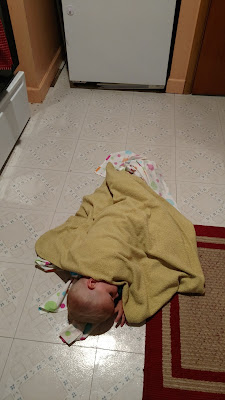 Jack was having an emotional afternoon so he brought his cozy station into the kitchen amidst my dinner preparations. It was cute, even if it was exactly in my way : )

We've ventured out to the Sump Memorial Library in Papillion with my dad's library card and the kids are loving it! Natalie calls it the "Reading Club" and Jack thinks it's hilarious to run willy-nilly through the stacks, peeking at me and shrieking with delight when I don't snatch him fast enough. Libraries are awesome. I used to try to go to story time at the Lincoln libraries but it was always a disaster with Stockton, so I gave up a long time ago; it's nice to be able to go again since we go while Stockton is at ACT clinic.

PopPop took us to the zoo, too! Jack and Natalie loved every minute. We're excited to bring Stockton again when we go after ACT clinic. Jack really was so excited, it was so cute. 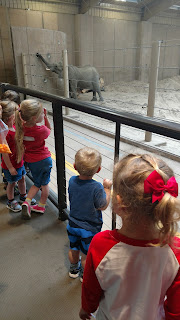 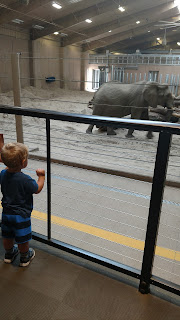 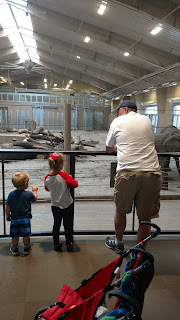 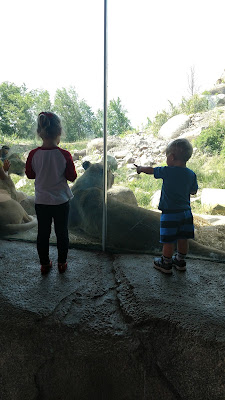 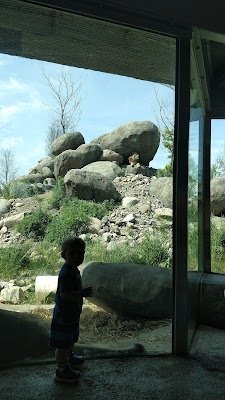 The lionesses were right up against the glass, and the Lion King was up by pride rock. Jack was impressed, Natalie was interested in her rice krispy treat. 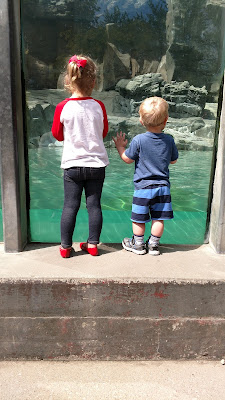 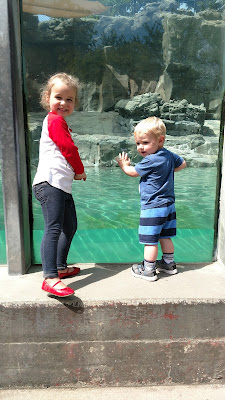 I smile to myself when I see people noticing Natalie and Jack because they have no idea there is a brother in the middle of these two. It's a good opportunity when Stockton is at ACT clinic to go on outings that we could do more easily without him, but I always feel a little sad that we're not all together. It is fun to spend more time with these two though. 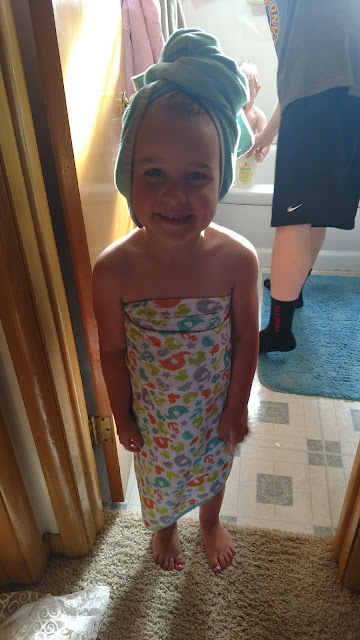 Bathing beauties. Natalie said that she was a "real girl" now that she had her hair in a towel like that. 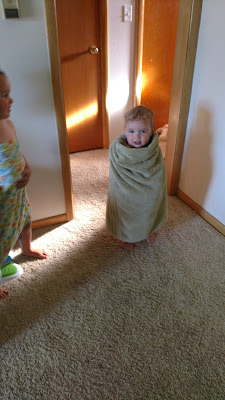 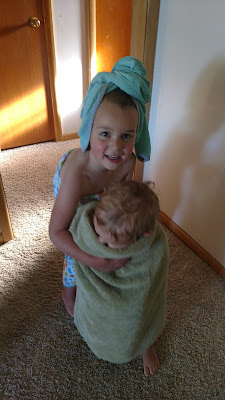 Posted by Jessie and Austin at 9:46 PM