At the library last week I read a book called "Rufus the Writer" about a boy who decides to sell stories instead of lemonade. I didn't think Natalie was really paying attention, but later that day she asked if she could make her own "story stand" and I was too charmed to think of saying no! She put on a fancy dress (since Rufus dressed up for his stand) and got right to work practicing her story-writing. She decided she could draw the pictures and I could write the words. 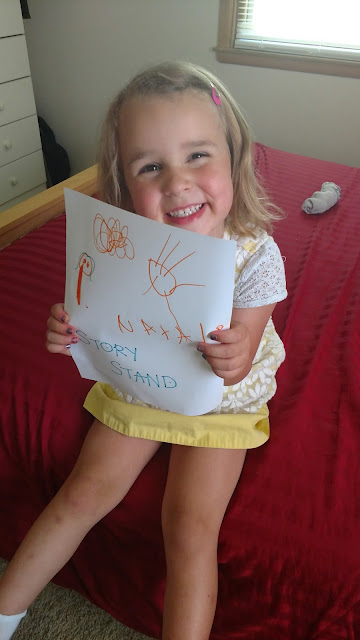 We put this sign on her table. She said it was her looking at the clouds on a sunny day. Isn't she SO DARLING!?
Unfortunately we put this on in such short notice that none of our friends could come, but luckily my parents were already planning on coming for dinner so they were treated to stories. People on facebook made requests too, and Natalie was happy to oblige! 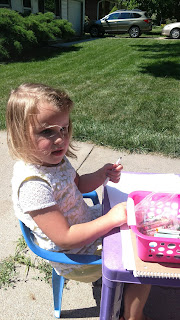 For Jill, who is expecting her second girl: 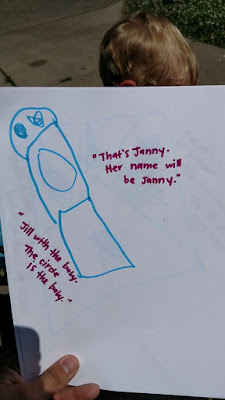 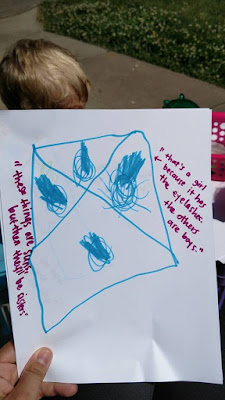 For Aly, who wanted a Bart the Bat update: 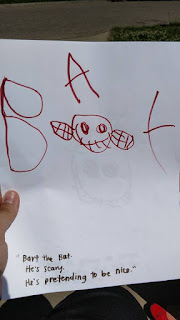 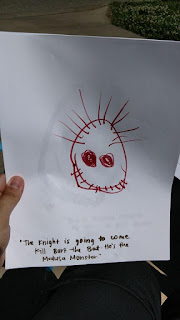 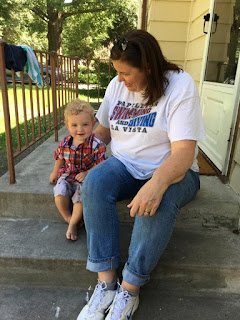 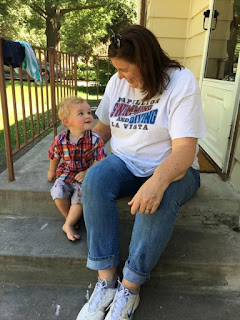 It was over 90 degrees and the sun was HOT so we took a water table break to cool off, and then she was back to work! 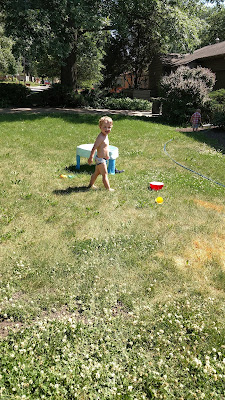 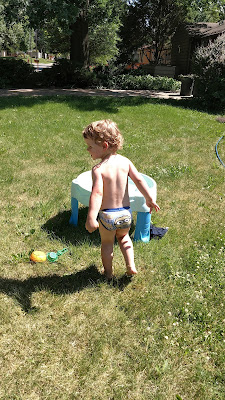 I was so proud of my Natsby. She was creative, prepared, and excited. She had an idea and she made it happen, and it was so sweet to watch. I LOVE this girl of mine!