We went to Hogle Zoo on Saturday, and Austin's friend Ryan and his family planned to meet us there. I wanted Austin to be able to hang out with Ryan, and I knew that even though it would be fun to stay with the group, Stockton was going to want to do his own thing, so I decided to just make it a Stockton day and let him go wherever he wanted, do whatever he wanted, and just follow him and facilitate his journey. 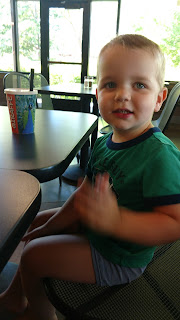 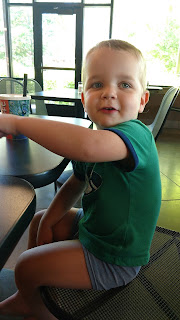 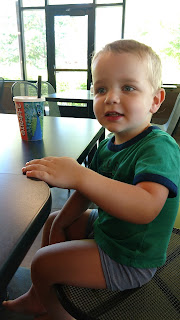 Sharing a drink inside the restaurant because he spent over half an hour running in and out, testing the doors, looking out the windows, and doing it all over again so I felt like I had to buy something lol. He spilled on his pants, so off they came (he can't tolerate any wetness on his clothes). 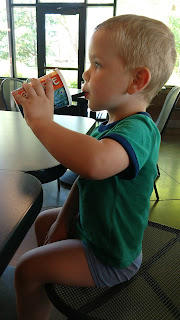 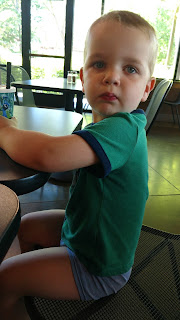 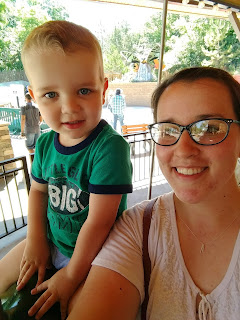 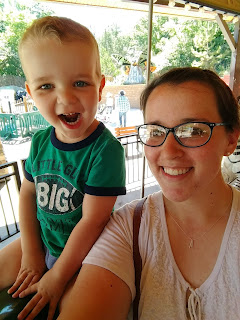 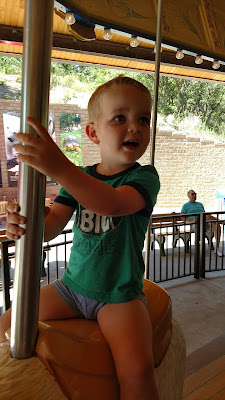 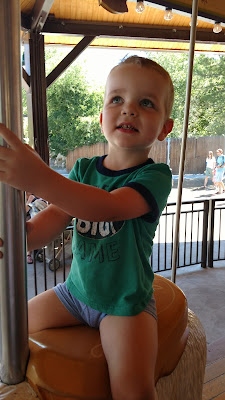 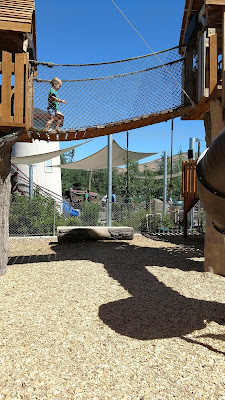 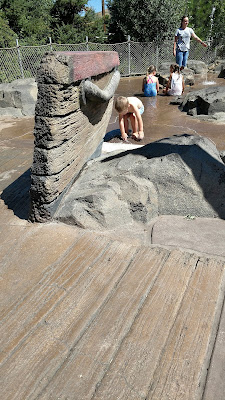 We found a play area, went to the bathroom, and took his shirt off to play in the splash zone. We spent at least half an hour here. 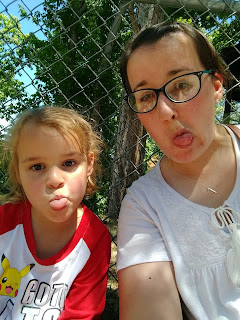 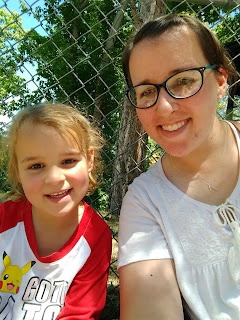 And then we went up the hill to Grammy Bee's and had sandwiches, MINT JULEP, and a lovely lounge on her back patio and in her 70s basement. I did our laundry (5 people go through a lot of clothes while traveling!) and the kids watched Up.

After dinner at Rubio's, swimming with everyone, and getting the kids ready for bed, Stockton was still pretty rowdy so I sent out a group text seeing if anyone wanted to go to Target and Afton, Aaron, Makall, and Makae all wanted in. I was surprised it was so many but happy to have company on our outing, so we took out two carseats and loaded up in Mimi's van to head to Target. We needed bread and milk, and of course we left with six different treats to share, two carbonated beverages, and a failed attempt to find Aaron a new wallet.

We decided we shouldn't be done with our outing yet so we drove up the mountain to H Rock by Grammy Bee's house again to see the view of the city. We declared our group "Club Mimi" and listened to loud music with the windows open (including Shape of You, High School Musical, Shut Up and Dance, etc) and made up foundational principles for Club Mimi, including responsibility, Ed Sheeran, and Redvines. It was silly, fun, and totally what we all needed! I wish our whole family could have been there, but maybe next time : ) 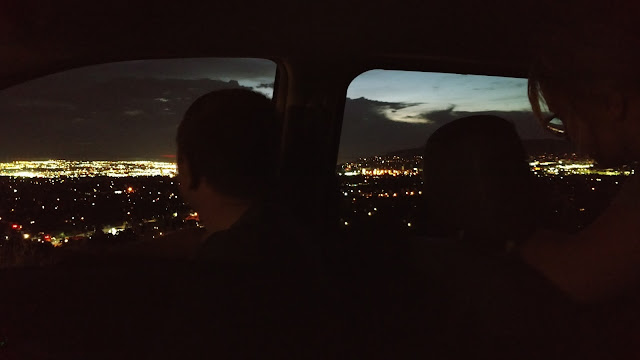 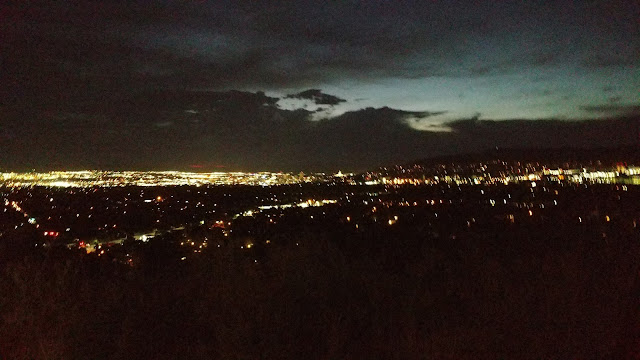 Posted by Jessie and Austin at 9:14 PM