For over a year we've been hearing about the solar eclipse happening August 21, 2017. Well, today was the day! All summer it's been all safety precautions, background science, and predictions about what it would be like. My mom and I happened to be at a Hy-Vee last week and we saw people waiting in a line wrapping around the entire store for a shipment of eclipse glasses that wasn't coming for another 2 hours! It was crazy. (I picked up some glasses a few weeks ago, line-free - thumbs up for planning ahead!) The hype was real and it was everywhere! T-shirts, travel arrangements, all the hotel rooms in Lincoln were booked...ALL OF THEM! The area for private jets to fly in to the Lincoln airport was full to capacity, and officials have been worried about traffic and highway safety for months leading up to this one day. 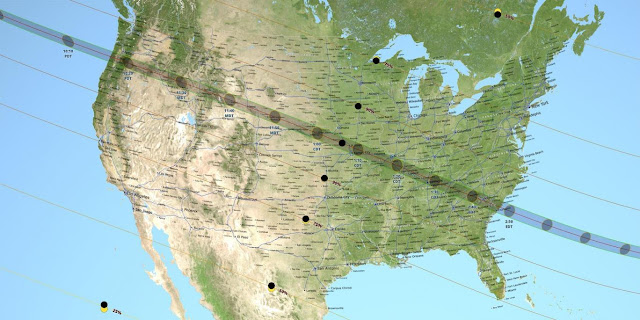 This map shows the "path of totality" across the United States. "Totality" is when the moon is 100% in front of the sun. Areas outside of this "path" can see varying degrees of the eclipse, but you have to be within the path in order to see full coverage. Guess which city is fully in the path!? As a completely naive non-scientist I didn't realize how important this was, but it was crucial! Until the eclipse reaches totality, you can't look directly at the sun without the eclipse shades. (I tried it with a super brief glance upwards, and it was really painful!) During totality, because the moon is completely eclipsing the sun you can safely look at it, and it was completely mesmerizing. The sun turned into a black circle with rays of light like a halo around it. It was indescribable to stand on my doorstep, looking up at this miracle of science and astronomy. It made me feel very small and minute, but also very blessed and an important part of the cosmic world. Big thoughts! Totality lasted just over a minute, and the instant the moon crept to the side and released the sun's light, it was again impossible to look at with bare eyes. It was a spiritual experience for me - I felt surprisingly emotional and can't really explain why. It was just extremely cool and like nothing I have ever seen before. Especially since I didn't even have to leave my house to experience it!


The picture above is exactly what it looked like with the eclipse shades on (all orange-y), but when you take the glasses off it just looks like the normal sun.

When I first went outside to check on the eclipse, I felt silly looking up with my eclipse glasses because to my naked eye everything looked the same as always. I felt a huge thrill and got goosebumps when I saw that part of the sun was indeed starting to be covered by the moon! I ran inside and texted Austin because I was so excited and could hardly believe it, even though we've been hearing about this for months. It was very surreal. 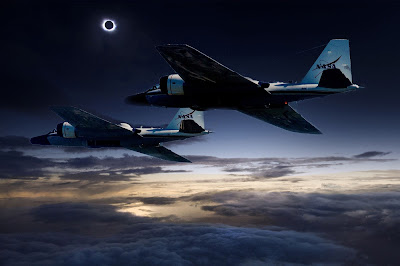 This is the closest picture I found online to what I saw (minus the jets). I just can't get over how amazing it was to stare at the SUN being blocked by the MOON with this perfect black circle and white halo, with a darkened sky. It was so amazing!!! 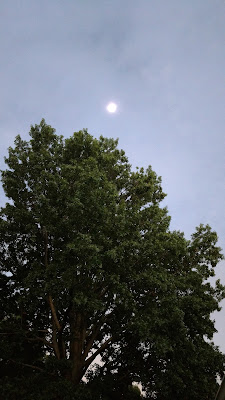 This is the picture I took when the sun was totally eclipsed. It's still so bright that it doesn't show any black on my wimpy camera, but imagine that a black circle is over most of that dot, and you know what totality looks like. It's breathtaking. My camera wouldn't capture how dark it really was outside - imagine a twilight/thunderstorm kind of dark and that's what it was like. Crickets started chirping at 1:03 in the afternoon. 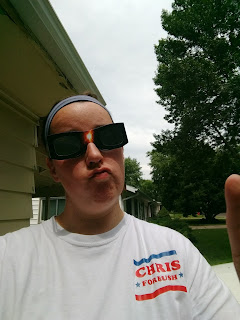 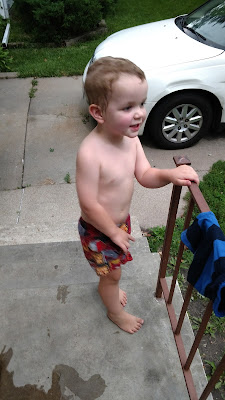 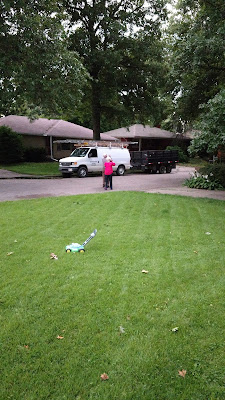 Stockton loved playing outside while I was watching the sky, and it was cute to see my old neighbors enjoying the spectacle as well. I loved the sense of community that Lincoln (and the US) felt about this cool event. When the eclipse reached totality and we could take our glasses off, I heard cheering from afar as everyone in the city saw this amazing sight in the sky. I loved it! 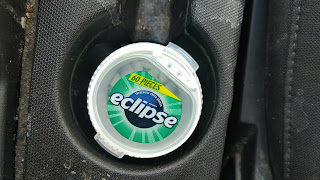 And then I noticed that my gum was very fitting for the occasion.

Thanks, sun-moon-and-earth for doing your eclipse thing right where I live! I'll never forget it!
Posted by Jessie and Austin at 8:41 PM