Right about the time Stockton woke up, Makae was being dropped off at the airport for an early flight to the Mexico MTC to start her mission! She will be serving in the Portland, Oregon Spanish-speaking mission for the next year and a half. I'm sad that she won't be here with us but so excited for her to serve! 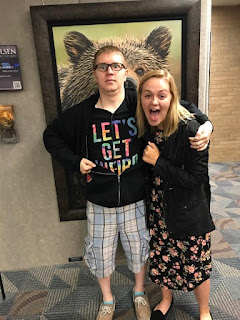 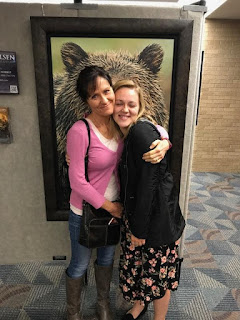 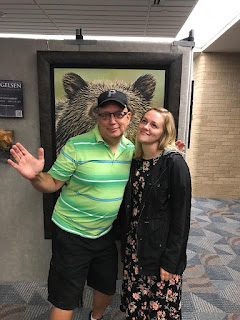 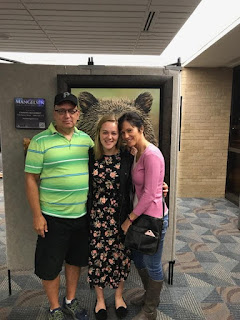 Her flight left at 7 so she had to be there at 5:30 in the morning, so her drop-off crowd was small but loving : ) Grandpa was saying it was so different from their first child to go on a mission...when Anthony left, the whole family was there at the airport hugging and waving and crying. Now 11 years later, the last Poulsen sibling is heading out on her own mission. 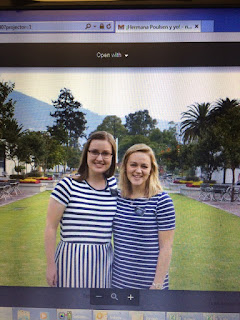 ^^the picture we got to prove she arrived safe and sound. She's the best! We'll miss her!

**this won't be funny to anyone else, but Austin, Aaron, Makae and I were trying to come up with names for her mission blog one night and we were laughing so hard we were crying. Portlands, poulsen Portland, Precious Portland, and so many more ridiculous ones. She went with "Over in Oregon," which is from yours truly ;)

When she gets back, Natalie will be almost 7, Stockton will be 5 and a half, and Jack will have just turned 4. So weird to think about! Love you Makae. The time will fly by!
Posted by Jessie and Austin at 9:08 PM