A bounty of pictures await their turn to be blogged! I haven't been super busy lately, but every time I'm like "hey, I could probably blog right now" there is always something else I'd rather do: watch Guardians 2 with Austin, have a tidy house, make a treat, go out with friends, go to bed. But! Here we go, trying to catch up:

Natalie is doing really well in school. She seems to really enjoy it; she was really excited to tell me that today they learned to spell and read the word "see." She's really good at sounding out letters and if she is patient enough she can spell easy words. She often gets frustrated when we try to get her to read at home with us though, so we're trying to lay off and let her figure out how to enjoy it on her own instead of forcing her to. It's fun for us to see her growth. Parent/teacher conferences are next week! 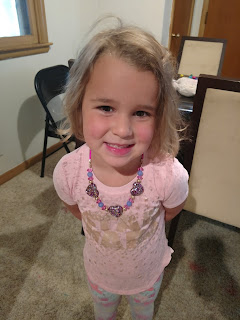 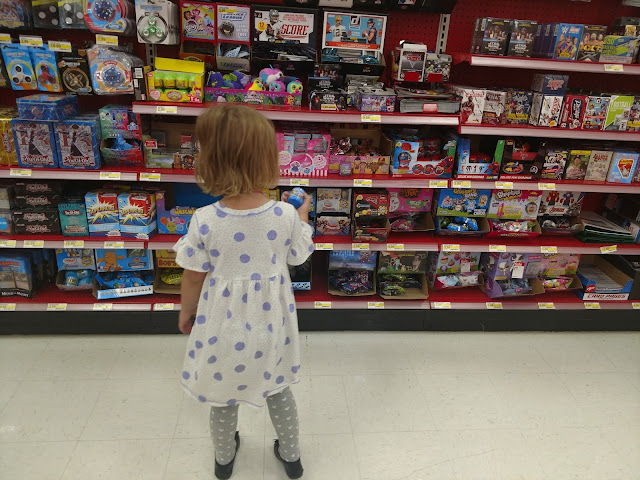 ^^she came home all excited to do the fundraiser for school and earn prizes. I told her if she threw away the fundraising packet and never asked about it again, she could choose her own prize at Target. WIN. 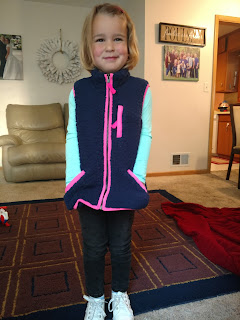 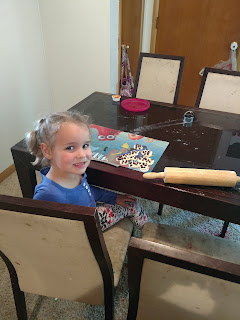 A cute Natalie quote from the second day of school as we were dropping her off at the front of school with the crowd of other kids:

We thought that was so cute. She's a good little friend. She loves going to library and playing on the computers, she recently got into Franklin the turtle (yes, the same Franklin we grew up with!), she loves earning prizes from Miss Beck's prize box, and she was really excited to do her first piece of homework last week!

Stockton is doing really well at his school, too. He works with Alex and Janelle mostly, with a few other therapists thrown in. Each day he has a piece of paper with picture prompts that help him tell us what he did that day, who he played with, and what he ate for lunch. "I....ate....purple chips! I...ate...spaghetti! I...played with....pizza planet!...with Alex!" They are proud of him because he is still working through goals faster than expected and really starting to show some great preschool readiness. They were really excited one day to tell me that when Alex left the room Stockton asked with no prompting, "where did Alex go?" He is having a lot of independent conversation/requesting/labeling, and it's really great. He's come so far! 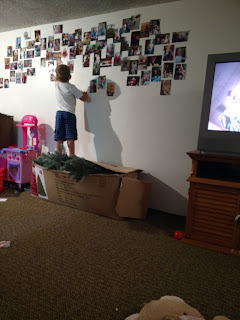 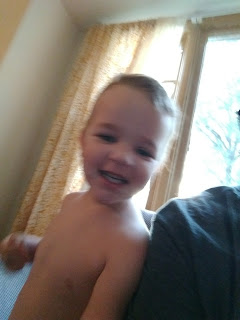 He loves pulling the pictures off the wall -_- 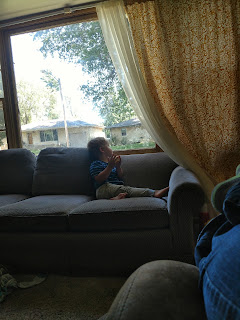 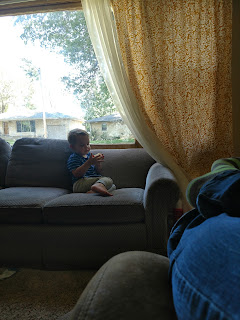 just eating his apple and enjoying the view 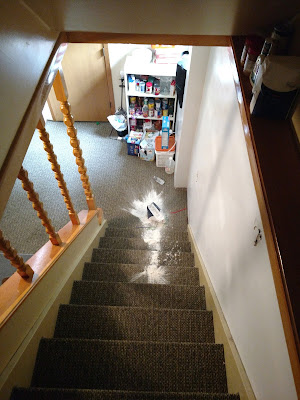 SO tired of him throwing stuff down the stairs. Trying to clean this up broke the vacuum!

Jack continues to be petite and adorable, but often whiny too, little stinker. He learned how to climb out of his crib which I thought was going to really disrupt our routine, but he actually hasn't made it a problem! Sometimes in the morning he chooses to climb out instead of call for us, and when he comes out he is pleased as punch and says "I wake up! I climb out!" He makes everyone around him smile, and loves dancing to music. We love our Smalls. 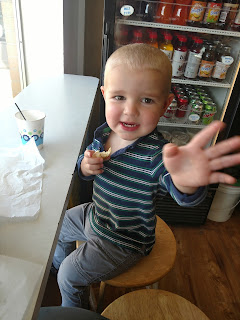 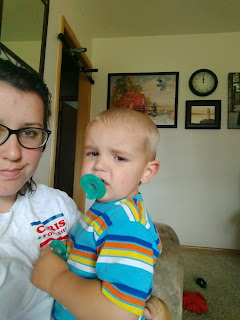 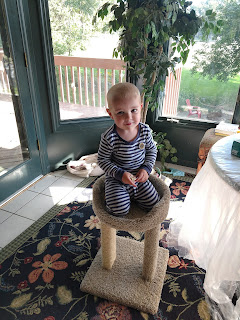 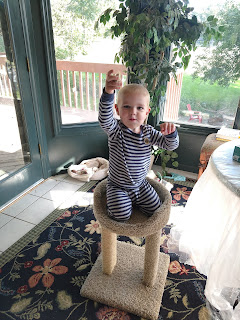 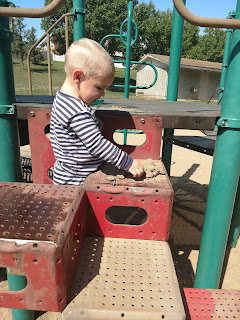 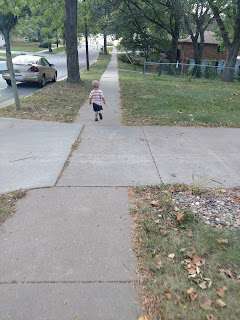 he loves rocks and sticks - he's such a little BOY 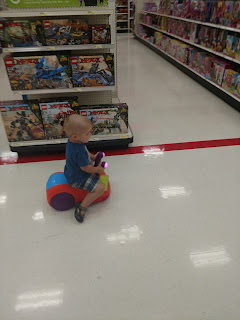 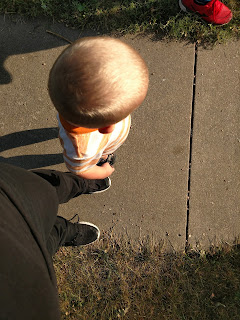 He rode that snail all around Target // on walks he sometimes makes us "watch out!" while he checks for cars. I didn't capture it in the picture but when he does that he holds his arms out wide to prevent us from moving forward.

Austin started his doctoral program in audiology. This picture shows how excited he feels about it. 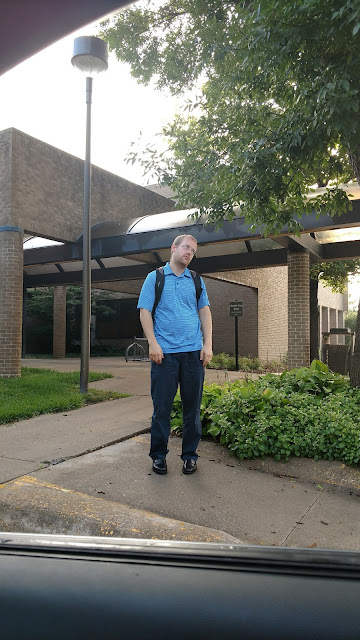 I'm proud of him. He works so hard and does so well at literally everything in his life. Quality guy, I'm telling ya. He always makes more than enough time for us as a family and loves asking what he can do to help me. I love him! 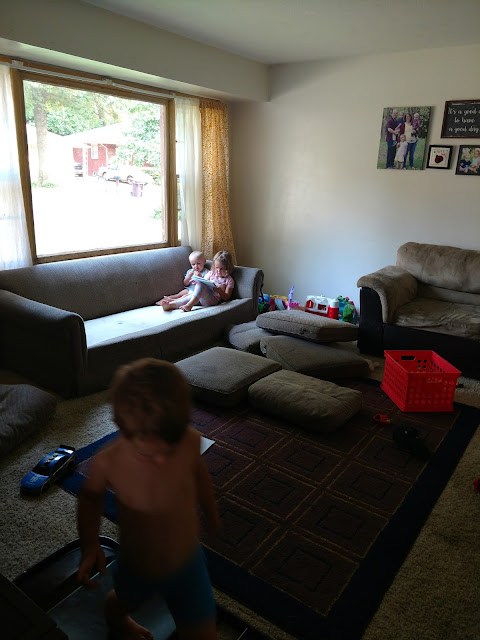 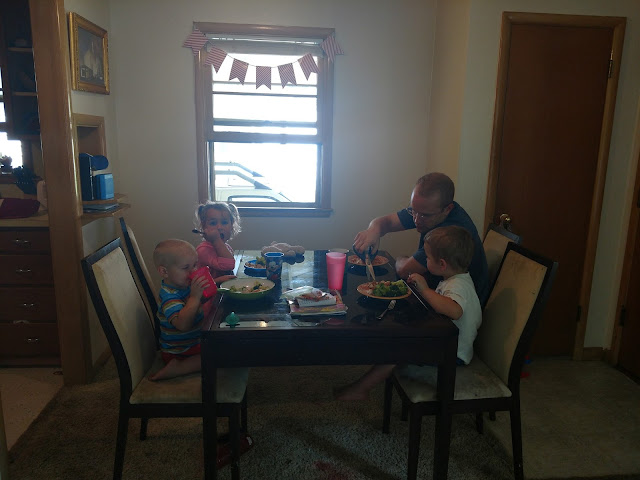 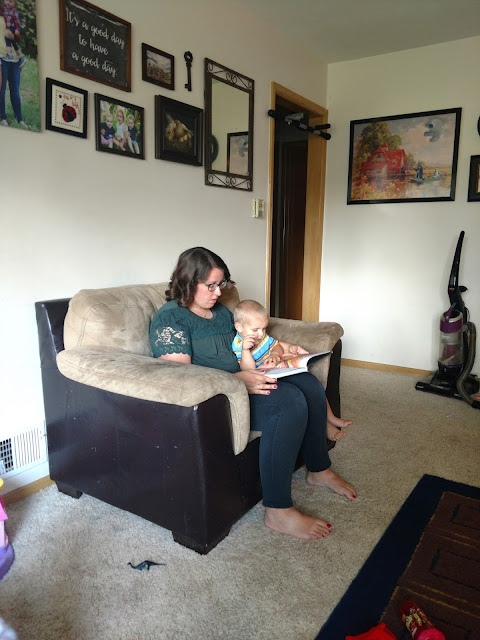 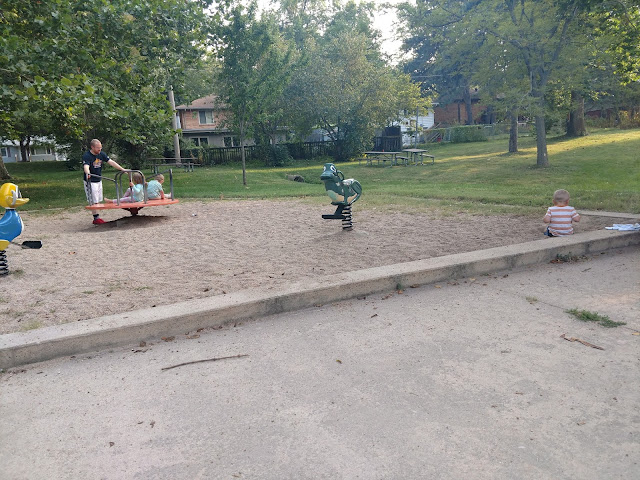 Posted by Jessie and Austin at 8:29 PM