Time for a catch-all, here there and everywhere post!

As usual, I'm continually surprised by how fast time is going. It's December 5th! Christmas is in 20 days! Then it will be 2018! I'm glad that I don't look into the future as much as I used to. There is so much to focus on in the now that I don't find myself reaching to make time go faster like I did for the first 20 years of my life. Grammy Bee would be proud. ("Seasons!")

I love listening to the general conference music on lds.org. I have it on during Sundays, and other times when I want to feel peace and calm. I'm listening to it right now!

Yesterday I finished the Book of Mormon for our Stake challenge between June-December! I always get the same excited, rushed, anticipatory, flushed feeling as I get closer and closer to the end. I really really loved my study of it these past few months. I listened to a lot of it, sometimes for an hour or two at a time in the car, and I got a TON out of doing it in such big chunks. I finally felt like I started to see more big picture insights, which I've always wanted but never quite gotten out of my limited scripture study. I was especially touched by the story of the Jaredites this time through, and was struck by this declaration about the brother of Jared after he saw the finger of the Lord: "never has man come before me with such exceeding faith as thou hast...never have I showed myself unto man whom I have created, for never has man believed in me as thou hast." I was so humbled by his faith and the Lord's recognition of it, and it has made want to cultivate more faith in my life. I want to find a good representation of this story that I can frame in my house so that I am continually reminded to have unwavering faith!

I have been accompanying 5 students in my friend Matt Clegg's voice studio at UNL this semester, and it's been good but also stressful to find babysitting, collect payment, figure out schedules etc. I don't think I'll do it again next semester, but it has been fun to dabble in the piano world again. It makes me want to spend that time practicing my own pieces...someday!

I've been working out with some friends at the church three times a week doing online workout videos, and it has been so awesome! I don't like working out at home and enjoy it much more in a group setting, so I asked on our mom friends facebook group if anyone wanted to work out together, and there was a lot of interest. The past few weeks we've been really consistent at it! It's good exercise, good accountability, and a great social outlet. I'm thankful for the girls who always come!

I finished the list of house projects required for our housing inspection, and now I can add patching wall cracks/holes, replacing outlets, rewiring outlets that weren't grounded, knowing what "grounded" means, and general handywoman confidence to my list of skills! 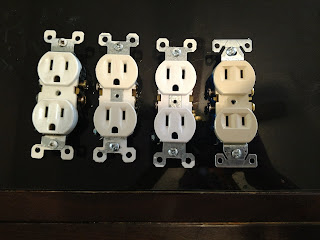 I'm rereading all the Harry Potters and it is so. wonderful. I love those books so passionately! I find myself laughing out loud frequently, sometimes tearing up, and savoring every single word. I want to give J.K. Rowling a big hug. It was really fun to read the new illustrated versions...I look forward to when they all come out! (If they do...how are they going to do the bigger books?)

Fully enjoyed the latest BranSan book, "Oathbringer," that came out a couple weeks ago. I love how excited he gets about reading.

Won free burgers for a year by shouting "U-S-A!" the longest at Honest Abe's. He got 12 $50 gift cards....$600 for yelling for 20 minutes! He's thrilled, to say the least. They posted it live on facebook, so we watched it at home while we were making dinner and it was so fun! Aaron did it too and won second place! Austin will write a separate post about that, so stay tuned for more details. 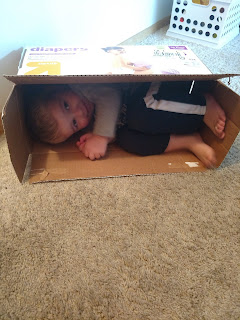 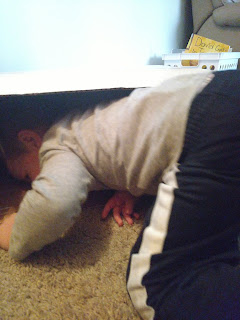 We've limited bink time to sleeping and the car as of last week. Jack has done really well, actually! He loves his binks but he's adjusting pretty easily. He's been sick, so he's had a little more bink time, but who can blame him? All of our kids had binks til they were almost 3, so he's right on track. 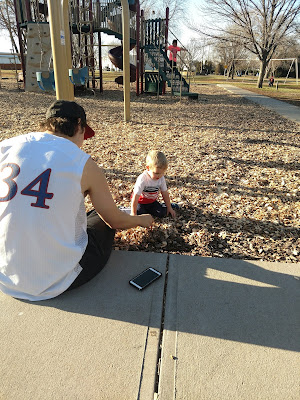 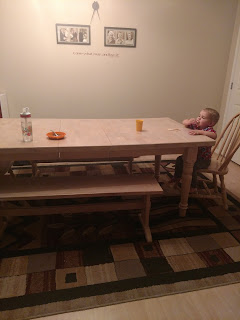 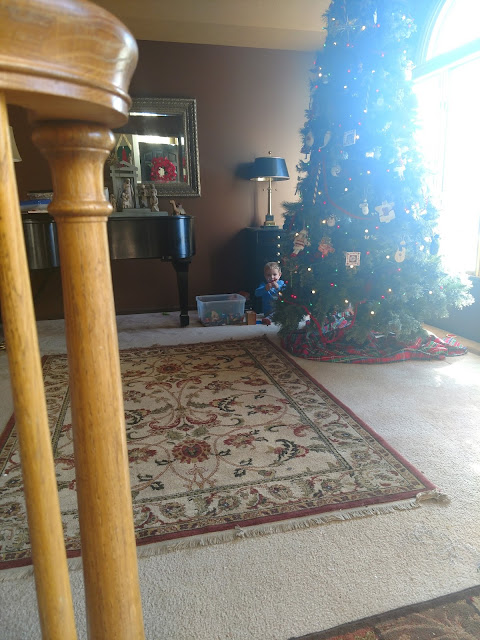 All our kids have been taking turns waking up too early. It's the worst. Someone always wakes up at 5:30am and it makes Austin and I want to scream into pillows. For a couple weeks, they took turns waking up before 5, and we were NOT having that. They are frustratingly inconsistent...some mornings it's Jack, sometimes it's Stockton because he gets up to pee, and sometimes it's Natalie asking if it's time to wake up yet, which if you're asking the answer is definitely NO. Blah.

Stockty is doing an amazing job at ACT clinic! His therapists are still, after over a year, commenting on how much he surprises them by completing and maintaining goals so quickly. He's a rock star and he loves going. On days that we don't have ACT clinic he asks if we can go "pweese?" I will forever be grateful that we found ACT! 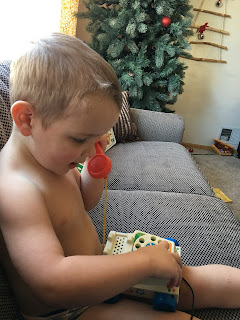 He loves the purple bag of doritos ("purple chips") and the other day he was on the couch eating them and he started singing, "c is for purple chips, that's good enough for me." He's awesome. 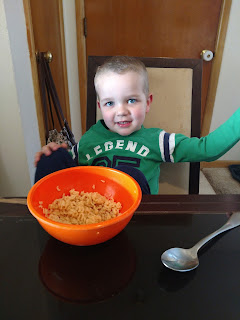 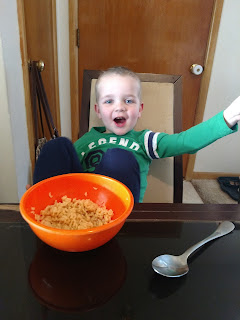 He's been loving playing with Jack lately. He'll say, "Jack, come on! Come run!" and they go off running together.

Grandpa Bim sent us money to get Stockton a weighted blanket after we had mentioned to him that we thought it might help Stockton sleep and be a tool for him when he needs to calm down. So far Stockton doesn't use the blanket during the day at all, but after he falls asleep we put the blanket over him over his favorite purple blankie and it has seemed to help him stay asleep better. 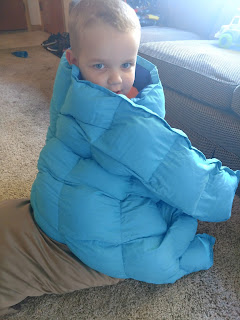 He loves pressing soap dispensers. There is constantly a soap puddle in the bathroom sink. 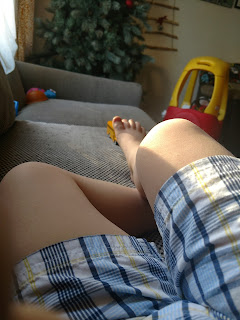 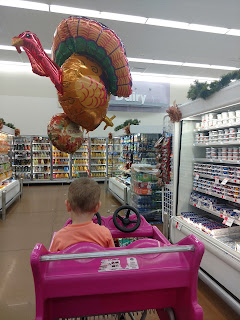 Oh, Natalie. She's been doing this weird cry thing before school lately. She gets really anxious and teary and clings to me, saying she wants to stay with me and is scared of school. I think it started because one morning we were a minute late and missed the breakfast crowd going inside, and she heard us say "late" and freaked out thinking she was going to be in trouble. Austin had to walk her in to school because she was really emotional. The next day we pulled up to school and she was practically sobbing, asking to stay with me. I kept trying to say that school was fun and that she loved it, and she was like, "yeah but you're better." It hurt my heart to make her go to school in such a state! So we made a deal that if she came with me that day that she couldn't cry before school all the next week. She's made it 2 days without serious infractions, so that's a relief. She is so concerned about breaking rules and is really afraid of getting in trouble, which I guess is a good thing, but she gets so anxious about it that it makes her incapable of letting things go. Sigh. Work in progress. 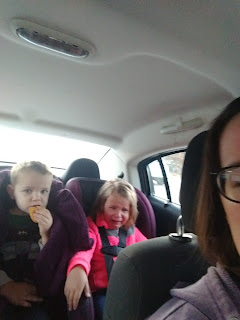 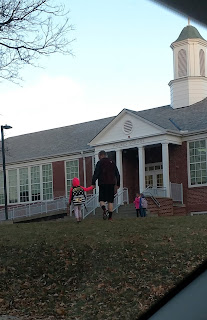 Other than that, she's been great! She's doing swim lessons, which she is thrilled about. It's only a four day session because of the holidays, and after the first day she said, "mom, instead of 4 days, could it please be one hundred?" Maybe we have a swimmer on our hands! She can take after Aunt Annie. 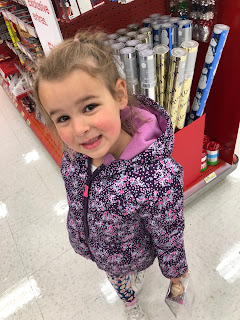 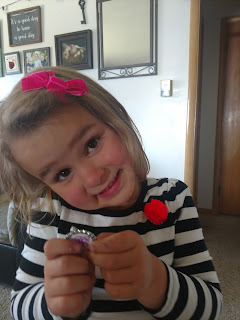 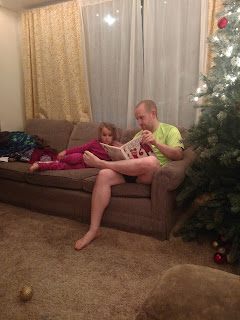 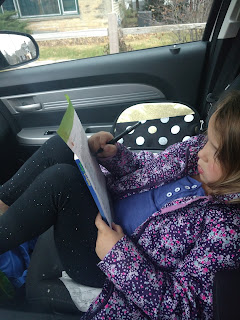 She has been loving to read and write and draw still. Austin has been reading chapter books with her, and they both love it so much! It's very cute. They've read Captain Underpants, Diary of a Wimpy Kid (inspiring Natalie to write her own "Diary of a Wimpy Natalie") and are in the middle of Ramona the Brave now.