I know that having kids means cleaning up messes. And I'm fine with that, for the most part.

But Smalls has earned the title of MDK: Most Destructive Kid, because he can and will make a disaster out of any material, anywhere, any time. 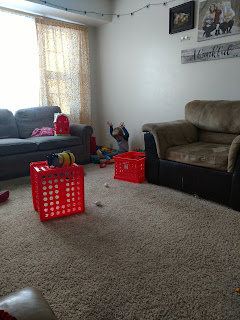 There was one day last week where I kid you not, all I did for 8 hours was clean up his messes, only to turn around and find that he had wreaked havoc in the next room. It was, and is, exhausting. 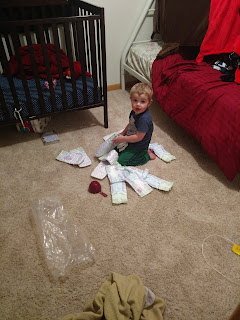 Especially because I really think it's his way of exploring his creativity and senses, so it's hard to get mad at him too much!

But I draw the line at squishing a banana into the toy car.

And shoving cotton balls into the heating vent. 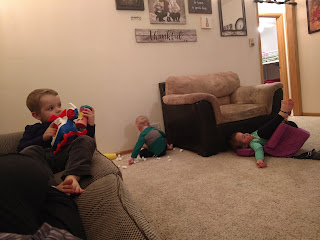 The cereal that he dumped from bowl to bowl and then left to dry was so sticky that it literally glued puzzle pieces to the table. 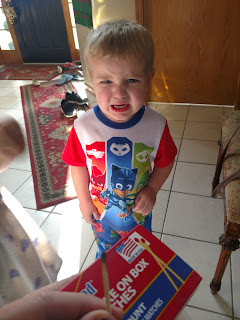 He found matches at my parents' house and actually managed to light one. He got a teeny burn on his hand and was not pleased about it. He kept saying "fiiiire, accidenttttt."

He thought it was a good idea to grab a pear and a knife and chop it up on our chair. And the floor. 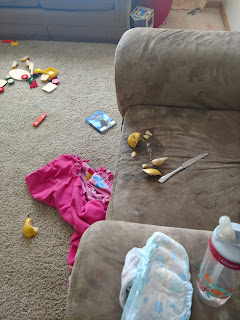 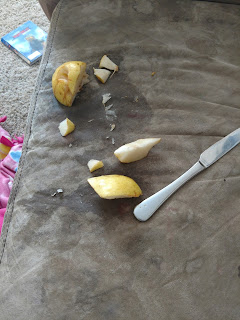 So, we've been dealing with that.

But we've also had a fun time playing, amidst the messes. I try to bring out toys from the closet or from downstairs into the living room every once in a while so it's like a fresh take on the toys. They play really well with them that way. 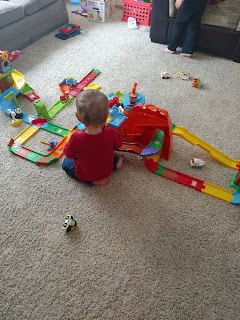 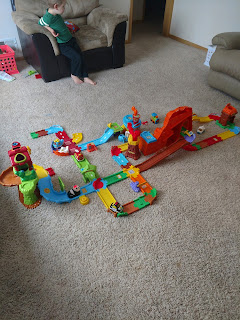 ^^^We made this super awesome track one morning. I had to fight to the death to keep them away while I was building it, but once it was done they let it stay without destroying it. Until later. 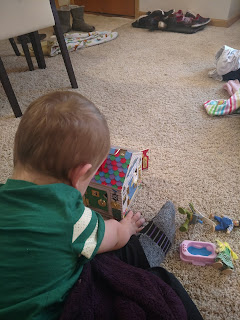 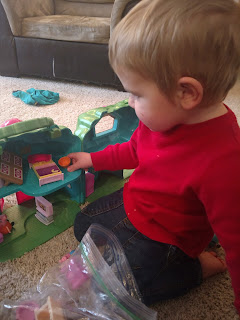 We've gotten a lot of good basement play in lately, although we have to bundle up because it's so cold down there! With 0 degree temperatures it was obviously too cold to go outside, so we brought bikes/scooters/cars into the basement and they love it. 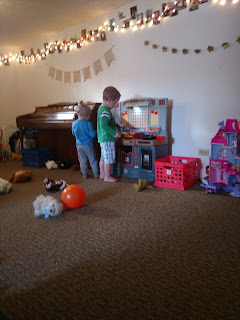 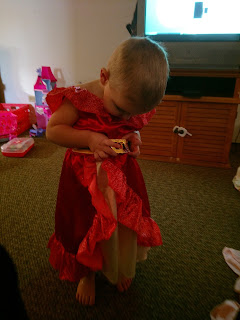 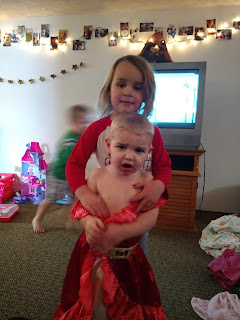 Jack briefly tried on a dress and decided it was definitely not for him.

Posted by Jessie and Austin at 7:53 PM