Our break has been full of sick children (and adults)! We took turns passing around a fever/aches/headache/cough/fatigue-type sickness for the week leading up to Christmas, and then the week after Christmas when the kids were still acting tired and fussy we took them in to the doctor and found ear infections in all three of them! We're all doing much better now, but it was a gloomy kind of week, especially for this tired mama. 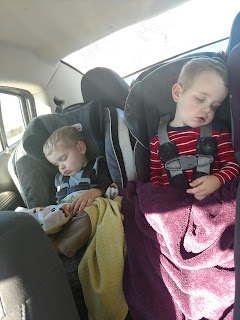 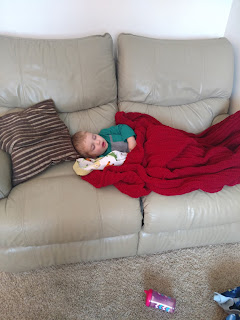 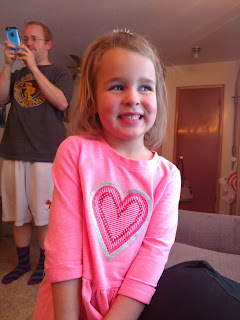 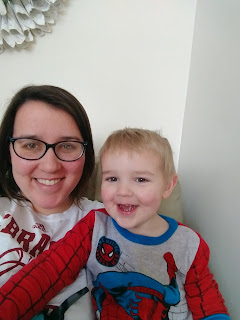 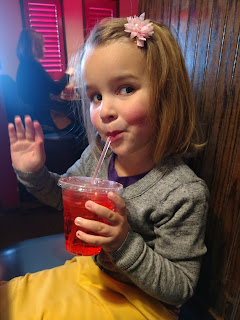 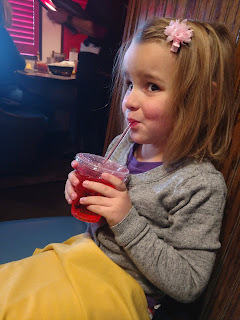 We went out for a little Natsby/Mommy date this weekend. Natalie got her standard Shirley Temple, and I enjoyed my cheese enchiladas. Then we went to Barnes to pick out a new Captain Underpants book (she has been reading them out of order, which I have to remind myself over and over is not a big deal and not to ruin her fun!) and then we got gas and groceries at HyVee. It was nice to have some Natsby time. A note about her hair: she never wants me to do it, and when I force her to let me brush it and put it up she complains thoroughly. But it's getting longer and actually looks nice when she lets me brush it! Why is that such a universal thing, that little girls fight getting their hair done? I know I did it to my mom when I was little, and my sister did it even more. 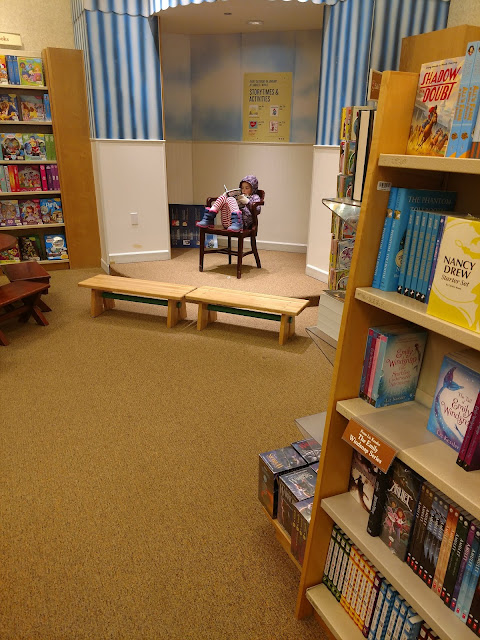 One morning at HyVee Stockton REFUSED to get out of the car. We were out of milk, so we had to go inside, but Stockton was throwing a fit. In a last-ditch effort to calm him down, I told him he could walk instead of going in the cart if he stopped crying. He immediately stopped, allowed me to unbuckle him calmly, and was very good about staying with me. Naturally the other kids decided they needed to walk too, so I had three little people following me all through the aisles. Overall they did very well, surprisingly! Donuts helped, as did a visit to the lobsters. 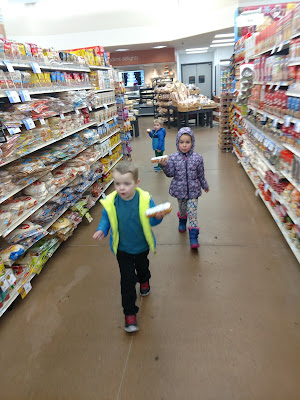 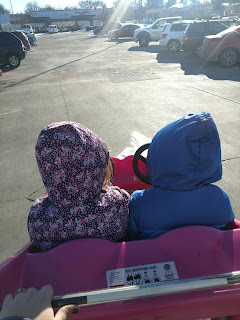 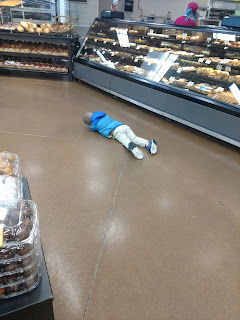 Today, on the other hand, didn't go quite so well. Stockton wanted a donut but I told him we weren't doing donuts today, and he was not pleased. I guess I've doomed myself to letting him walk at the store from now on. I suppose he IS getting older and bigger, and it has been a struggle to keep him in the cart anyway, so it's not all bad. He deigned to ride in the cart when we were done shopping because it was so dang cold outside.

Yeah, let's talk about the cold. For the past three days it has been rare to see the temperature go above zero. This morning when I took the car in for an oil change it was -13 degrees. I just want to be like listen, weather: is that really necessary!? -13 degrees!? But after about 15 degrees everything feels basically the same, just COLD, so now I guess we're used to it and moving on with our lives. It's supposed to be a whopping 20 degrees tomorrow, so get your sun tan lotion out, folks! 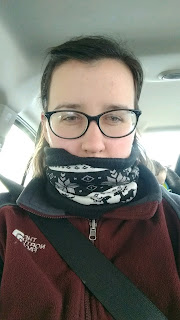 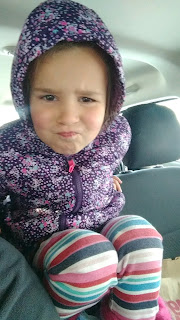 It's the kind of cold that just makes you MAD when you go outside! 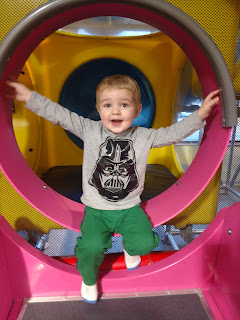 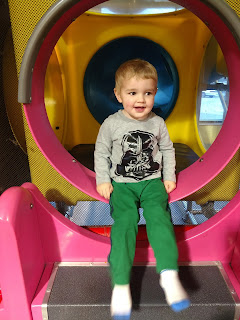 On Natalie's last day of school I took the boys to play at "Old McDonald's," and they were super thrilled. Stockton finally stopped playing with the door after about 45 minutes and explored the tunnels with Jack. The one bad thing about playing at the playplace is it is an absolute disaster trying to leave. The boys both throw flaming fits, and all the old people enjoying their morning coffee crick their necks trying to see what's going on as I drag my children out the double doors. I try to tell myself it's worth it haha but it's kind of a fiasco every time. 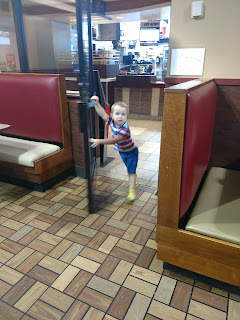 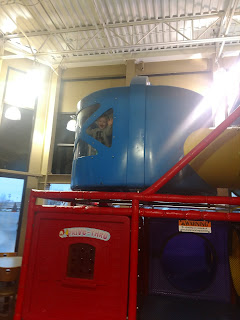 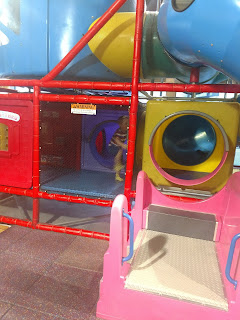 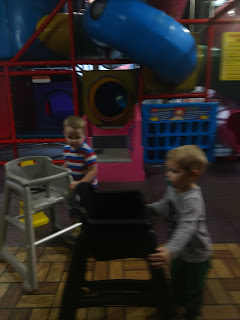 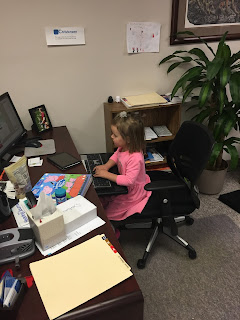 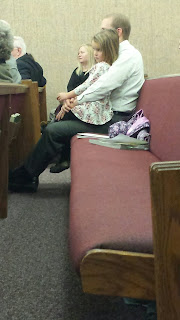 Austin took Natalie to work one morning, and she had a great time! And my friend texted me this picture of them at church <3 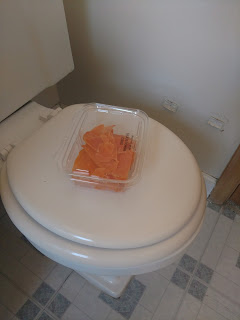 I got out of the shower one day and found these mangoes sitting there. Natalie was right on the other side of the door, and as soon as she heard me pull the shower curtain back she said, "did you find your snack!? I didn't want you to be hungry while you were getting ready." I thought that was so cute : )