A Birthday and a Bed 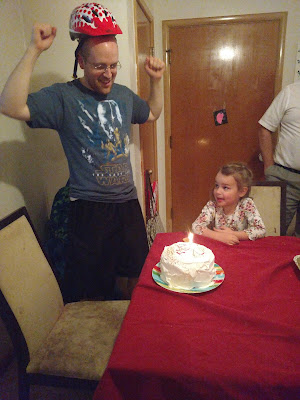 Austin turned 28! And we celebrated with Tiffanie cake (of course) and our new favorite recipe, honey lime chicken enchiladas. (SO GOOD.) Austin's family came over after church and it was fun to be together. 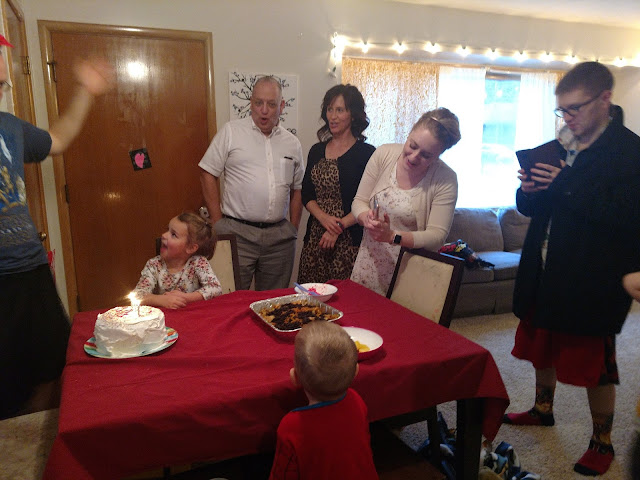 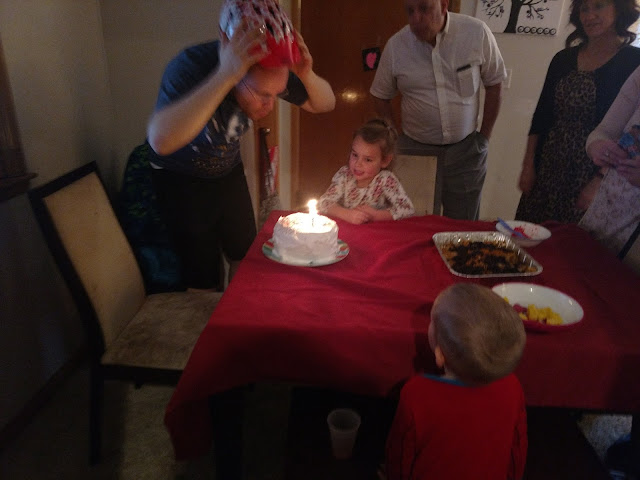 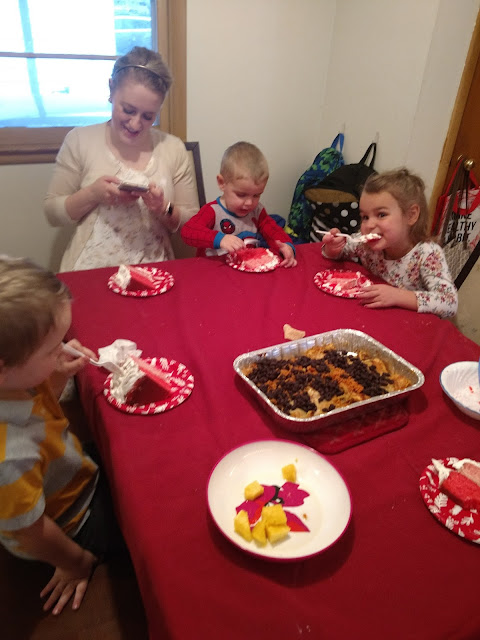 WE TOOK DOWN JACK'S CRIB. It's the first time in over five years that we haven't had a crib up and a baby to fill it! He showed interest in sleeping on the bunk bed a few nights in a row, so one morning when he woke up I asked him if he wanted to put the crib down. He responded enthusiastically, and then when I took it down later that afternoon, he completely flipped out. Once it was put away and out of sight, he stopped freaking out and decided it would be okay to sleep on the bunk bed after all. He hasn't been sleeping super well, but that's probably mostly because he's been sick (and he's an absolute TYRANT in the middle of the night, waking up and demanding milk, little troll). But other than that he's adjusted well, hasn't fallen off, and seems to like it. He even still takes a nap, most of the time! 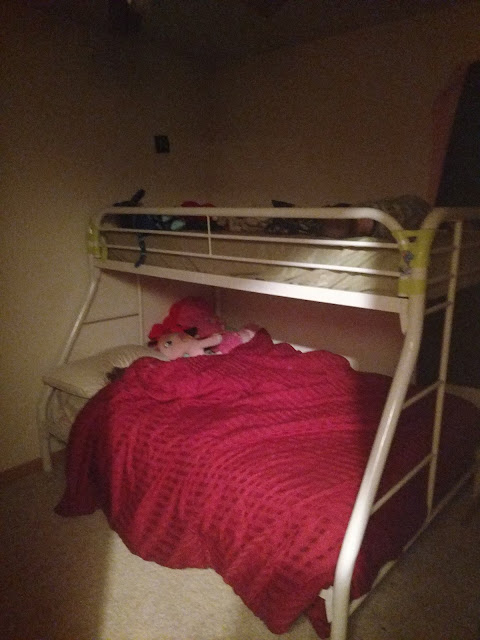 Natalie's little head is barely visible under the red covers, and Jack is on the top right side of the bed in green jammies (I think he misses the crib walls to snuggle up against, so he rolls around a lot). I think it's cute that they share a bunk bed, and I love the extra space in Natalie's room without the crib!
Posted by Jessie and Austin at 9:22 PM