It finally happened! We bought a VAN.

We've been putting it off because we were getting along just fine in Cecy (our beloved 2010 Chrysler Sebring) and we knew that once we switched to a van we would never go back, but after our tax refund came in February we decided it was *TIME*.

$7300 later Sybill was in our driveway, and the kids adore her. She's a 2006 Toyota Sienna, 96K miles, excellent condition, etc. We bought her at the end of February and have already put over 5,000 miles on it! The timing was really good because Cecy's engine has started sounding extremely suspicious, so I feel much more comfortable driving a quieter car on the freeway. 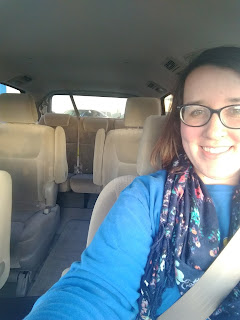 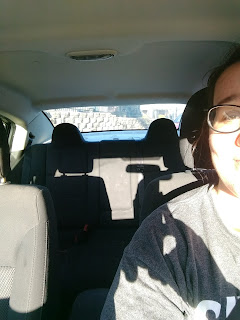 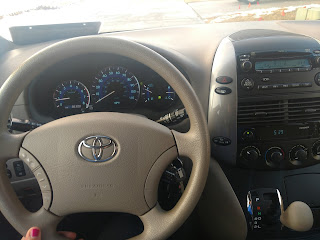 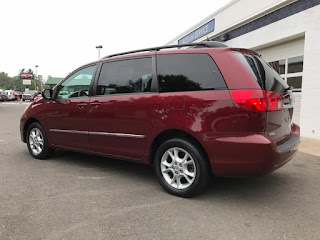 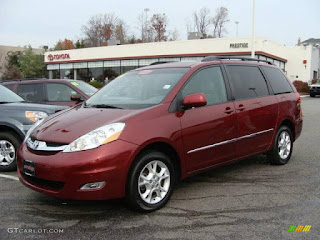 The kids LOVE the van. They love having their own windows, they love the automatic door, and Natalie loves that it's red (that was her one request...we obviously didn't buy it just because it was red, but she certainly thinks so!) 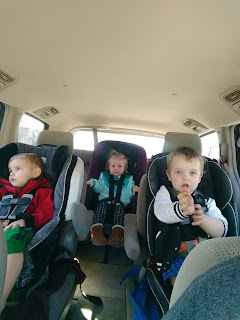 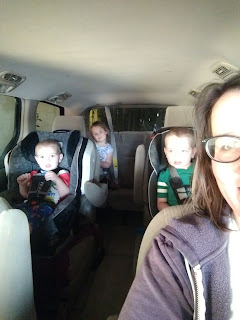 (Gracie in the backseat while Natalie was at school // carwash)


My favorite thing about it is being able to pick up other kids/adults! There was never any extra room in Cecy but with more seats in the van I've loved being able to offer to pick up my friends' children or have room for more than one extra adult. Austin's favorite thing about it is that there is room for the diaper bag and my purse that doesn't impede his space. He hates having bags etc around his feet or on his seat! Another thing I love about it is the rubber floor mats. So nice and easy to clean, and they don't have yucky snow/salt/mud stains!

*after the test drive I knew it was the one we wanted to buy, but they were closing the dealership for the night and said I had to come back in the morning. I must have pouted because the salesman was like welllll I guess you could take it home on an "extended test drive" and come back tomorrow to sign papers officially? (We wanted the van that night because we needed two cars in the morning since we were going two different directions). I agreed and made arrangements for Suzy to watch the kids the next morning so that I could complete the sale without interruption. When we woke up the next morning Lincoln was BLANKETED in ice. I mean, just completely covered in it. I felt completely stuck because it wasn't my car yet, so I was obligated to get it back to the dealership or buy it, which also required going to the dealership (which is completely across town for me, by the way). I loaded up the kids and barely managed to fall flat on my face, then I drove about 1.5 mph for a few blocks outside of my neighborhood. It was the worst ice I have EVER seen. There was no way out - I tried to turn around but realized at that point it wasn't any safer to drive home than to just continue on. Thankfully, in trying to turn around I unintentionally made it onto a street that was marked as a hospital route, so it was in slightly better shape, having been salted and sanded and more heavily trafficked. It took me 45 gnarly minutes to get across town, drop the kids off (the van slid down the driveway, I think my heart stopped), and then I practically crawled into the dealership. I was SO nervous and tense the whole drive, thinking I was going to wreck this car that I hadn't bought yet but had committed to but wasn't insured on. It was awful. But! Things obviously worked out, and we've been safe and sound ever since. Phew!*

*we got Honest Abe's to celebrate that night*

Here's to many more miles and adventures with Sybill!