My brother Jack inherited two lizards, Ganon (a gecko) and Muushuu (a horned dragon). He is a very doting and loving lizard dad. It never fails to make my day when Jack sends me a random picture of "dem boyz!"

One day he brought Muushuu over when we were in Papillion, and he was definitely the coolest pet I've ever seen. He's super chill, but has a ton of personality. His tongue is huge and gross and hilarious. We fed him chunks of tomato and laughed every time. Jack says his teeth are actually really sharp and his jaw is strong, so it really hurts to get bit. Little Jack was entranced! Rippy hates him.

When Stockton came home after ACT clinic Jack led him over to the corner where Muushuu was hiding behind the potted tree, and without even hesitating Stockty grabbed the lizard by the triangular head and pulled him out! We couldn't believe Muushuu didn't try to escape or bite Stockton, but he was probably just as surprised as the rest of us and couldn't react fast enough haha. It was very unexpected and funny. I'm sure Stockton thought he was fake, otherwise there's no way he would have touched him at all, much less dragged him by the head. 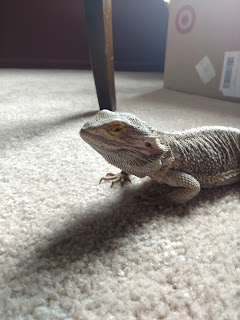 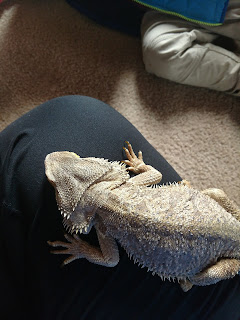 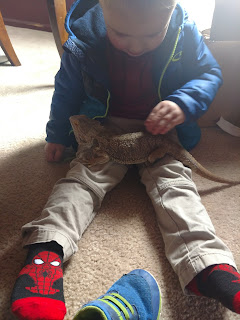 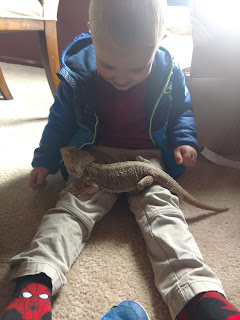 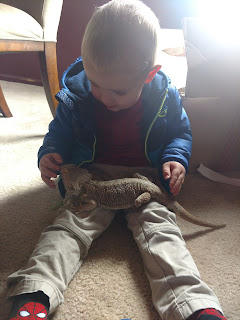 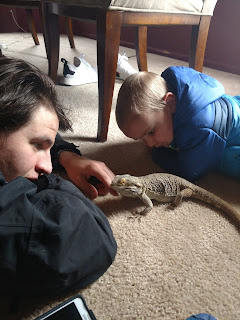 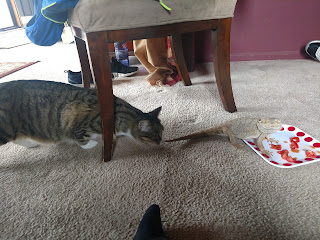 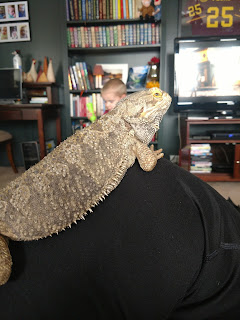 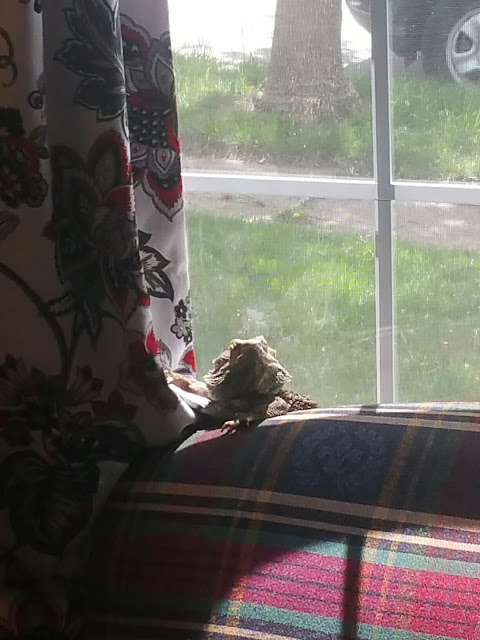 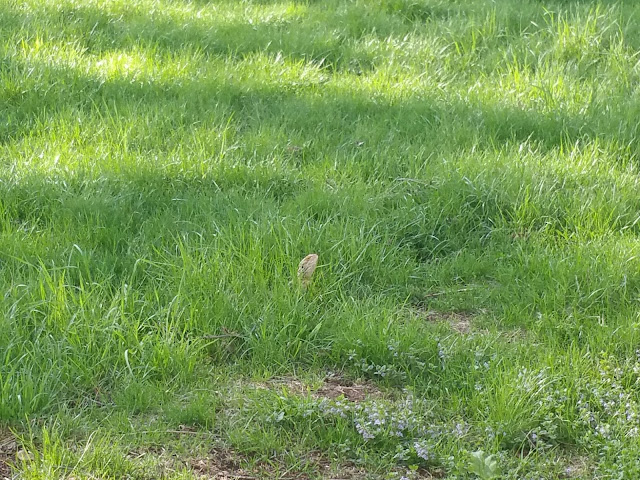 Posted by Jessie and Austin at 9:53 PM