(This really happened in May...)

There's an event in Lincoln at the end of each school year called the Mayor's Run. You can register early and get a t shirt or, I suspect, show up without signing up and still participate (we're obviously t-shirt people around here), and it's a run for elementary age children set up around the Capitol building. Natalie and I headed downtown on the designated Saturday morning, ready to run! Well I was mostly just ready to support her, but I pretended I was excited about running. 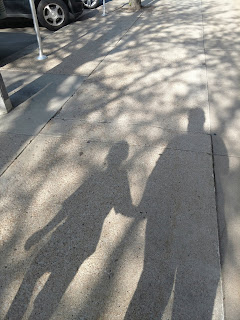 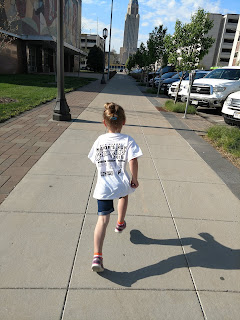 non-Nebraskans: that's the tall Capitol building in the background 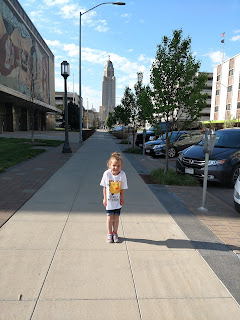 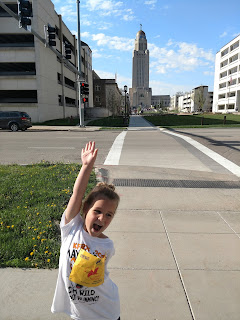 Natalie has an endearing mix of fearlessness and caution - she wants to make sure she's in the right place at the right time, but once she knows she's safe and correct she's good to go. She stayed close to me while we tried to figure out which race was happening when we arrived and when it was our turn (they stagger the races based on ages). I saw little Natalie-sized kids running and thought that it was her age group and I knew she'd be devastated if we missed it, so I told her that it was her race and we joined in late (but she didn't know, so it worked out.) I loved watching her just take off! She did an awesome job! I'm sure I held her back, being out of shape, but I tried to make it seem like she wanted a break: "are you sure you don't want to walk for a bit?" She stayed with me after her initial spurt, and it was really fun to run in such a big crowd. She does a great job making sure we're always in sight of each other in public, which I appreciate. 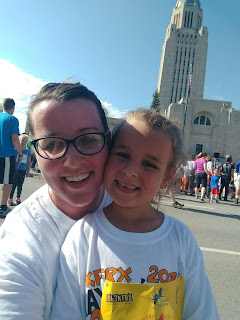 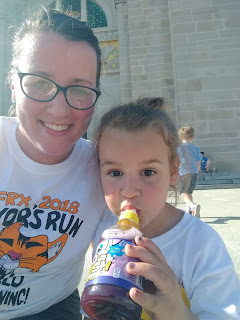 after the race! we even had official race bibs 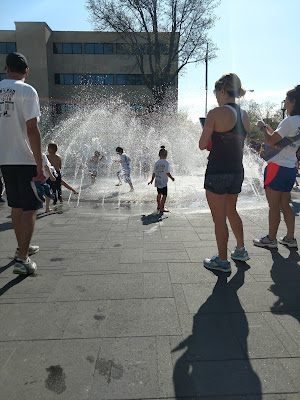 We played in the fountains after we had cooled down, and it was sweet to watch her be silly in the water with the other kids. I loved that she wanted me to join and kept inviting me until I gave in. 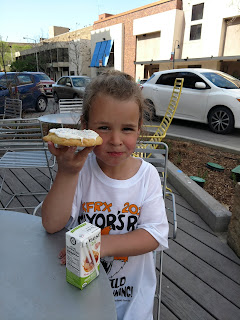 And then we obviously had to get cookies at our favorite place, The Cookie Company, since we were just right around the corner.

This event was a really fun way to spend time with my Natsby. I love doing stuff with her, no matter what it is! Austin will probably go next year, and they'll definitely finish the race faster, but I'm glad Natalie loves me just the way I am, slow legs and all : )
Posted by Jessie and Austin at 10:23 PM