My music friend who I just did Hello, Dolly! with, texted me in October and said that if I got a call from Jim Harris about an accompanying gig I should TAKE IT, all caps, because it was a good gig both musically and financially. She wasn't available to do it herself so she gave Jim my name, and when he called the next day I was already excited about the opportunity and told him I was in. Best decision!!

The project was a tour with the Lied Center's "Arts Across Nebraska," performing the musical that Jim wrote with Mark Hayes called "Civil War Voices" about characters from both sides of the Civil War. With short notice and short space, they cut the show into just five actors and one musician instead of many actors and a pianist and violinist. It was an intimate, moving way to do the show, and I felt so privileged to be involved. The singers were all incredibly talented, lending authenticity and connection to their characters; the director, Rob, was more naturally gifted at pulling a show together than anyone I've ever worked with. His way of guiding and inspiring each member of the production to use their individual skills and talents in intentional and personal ways was incredible and really allowed us to craft a brilliant performance. Once he gave us an idea of what he was looking for, he let us make our own artistic decisions, trusting us as professionals to do what we thought best for our particular part, and I thought it was just a phenomenal and synergistic way of working together to present a show. The stage manager, Alex, ran the whole three weeks of rehearsals and performances in a very streamlined, efficient way which I really appreciated. The whole experience was just perfect - everything that I want in the rehearsal and performance process but don't always get. Professional, flexible, efficient, and fulfilling. And so fun! Lots of laughter mixed in with some amazing music-making.


We rehearsed for two weeks and then got on the road, performing in Nebraska City, McCook, and Crete, NE. We stayed in hotels for four nights, traveling around in a 15-passenger van. Our days were spent in equal parts eating, laughing, rehearsing, performing, and enjoying. We had serious conversations, musical conversations, and lots of "best of the internet" conversations. It really was just an awesome week with high-quality people and I'm so grateful to have been involved! 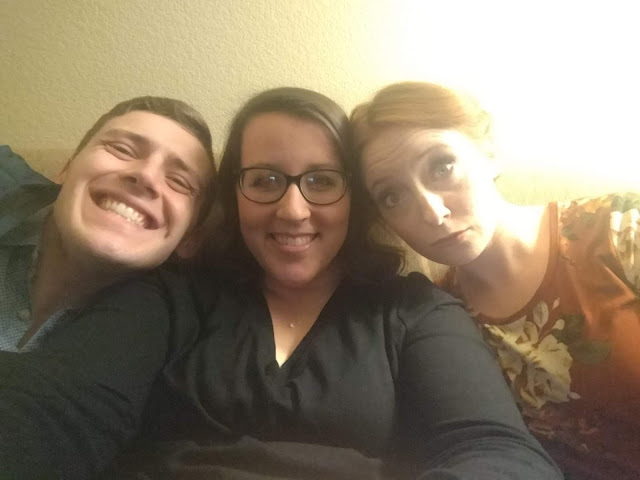 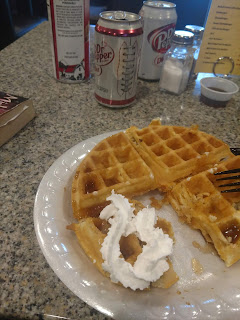 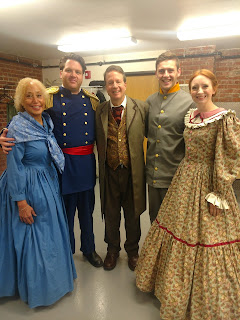 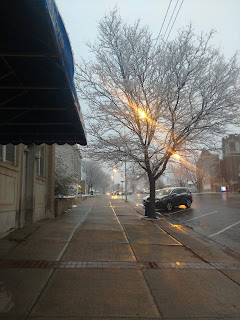 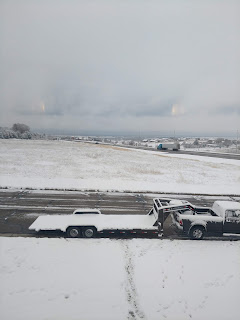 It started snowing in McCook!
(I'm kicking myself for not getting a picture, but we had some downtime one afternoon in McCook and I was able to go see my friend Tasha who lives there now. They were in our ward in Lincoln for a few years and it was fun to get together again!) 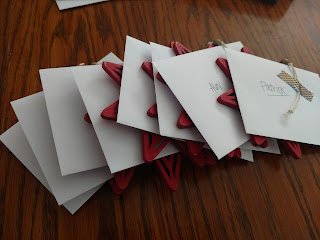 Little thank you notes and commemorative ornaments for the cast and crew - everyone was just so delightful to work with and it meant a lot to be surrounded by such talent and professionalism! 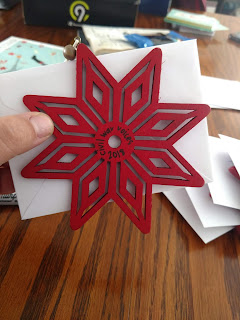 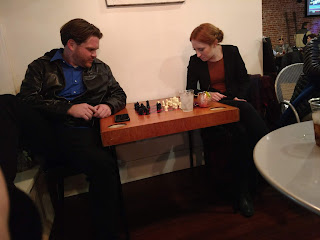 After our final performance we went to a local bar and enjoyed our last evening, laughing and relaxing. It was a perfect ending to our time together. 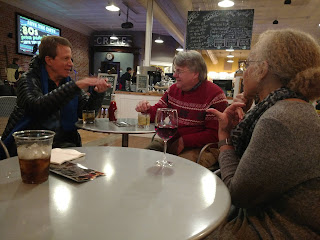 The babysitter I had originally lined up fell through just days before this trip, so I had to scramble to make everything work out while I was gone. Family and friends totally came to the rescue, and I was so grateful! Austin had to pick Stockton up from preschool on the first day that I was gone because Stockton kept saying "my heart hurts, my mom isn't home"......how's that for precious and painful!? My heart hurts, I mean come on. Austin brought home the cash register toy that Stockton had had his eye on for a while, and then he was fine for the rest of the week. 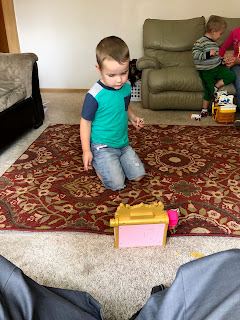 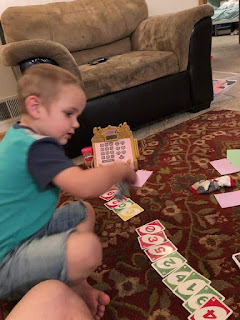 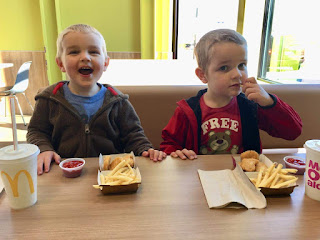 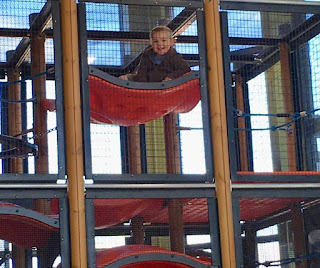 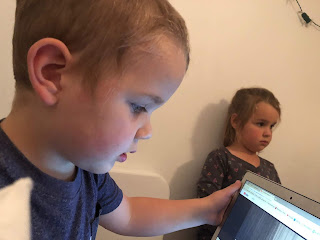 And electronics with PopPop. (This is the picture he sent when I asked how everything was going.) Also of great help but not pictured are Stacey, Grandma, Aaron, Lauren, and, of course, Austin. It takes a village!
Posted by Jessie and Austin at 11:33 PM