It's old news now since Claire is almost three months old but I never blogged about being pregnant with her! It was an uneventful pregnancy, similar to my others, except this time the pregnancy was definitely planned as opposed to the two previous "surprises." We got the positive pregnancy test on July 5th and it was so exciting - we had waited for a little over three years to try after having the other three children so close together, and it was so joyful to finally feel like the timing was right for us to have another. I am glad we waited - it was definitely the right decision for lots of reasons - but I was so thrilled to be expecting another baby.

I felt so close to this little being that we knew had been waiting for us. I don't think I stopped grinning for the first trimester - even when I was achingly tired or my stomach felt mildly unsettled, I was just so happy to be pregnant. We kept the secret for a little while and shared lots of clandestine smiles, and then it was fun to start telling people. Our kids were excited but relatively unmoved, going back to their activities as normal right after we told them haha. Towards the end though, when I was getting really obviously pregnant, they started becoming obsessed with talking about the baby in Mommy's tummy. Natalie wanted to touch my belly allllll the time, talking to it in a baby voice and asking me all sorts of questions. It was sweet that they wanted to be connected to the baby but my personal space took a serious toll. 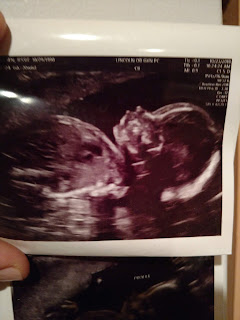 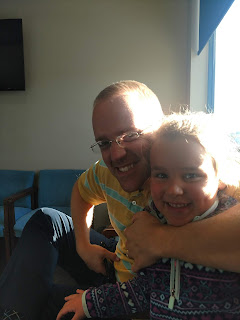 Before we got pregnant we had gone back and forth on finding out the gender - we knew with Natalie and Stockton but didn't find out with Jack, so we weren't sure what we would want to do this time. But as soon as I was pregnant I knew that I definitely wanted to find out if it was a girl or a boy! We all secretly/obviously wanted a girl, and Austin and Natalie were so nervous at the 20 week ultrasound that I almost had to send them out of the room. The ultrasound tech (her name was Claire, coincidentally) did all of the anatomical stuff first, so after ten minutes of looking at the ultrasound screen but not knowing the gender Austin and Natalie were practically hyperventilating...it was so exciting when she finally told us that we were going to have a baby girl! All my pregnancies have been easy as far as morning sickness - I don't really get sick, but I did feel slightly more sick with Natalie and felt that same way with this pregnancy, so I kind of thought that it was a girl.

We've had her name picked out since we were pregnant with Jack - since we didn't know his gender until he was born we had to have a name picked out for a boy and a girl, and if he had been a girl it would have been Claire. We tossed around a few other name ideas but it was mostly just for fun...we had been waiting for our sweet Claire for too long to have a different name! 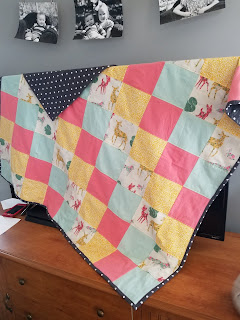 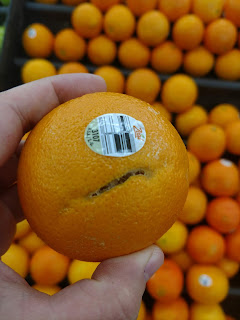 My friend Jill made this beautiful quilt!!! And seeing this crack in this orange made me cry at the grocery store because I was so sad that it was damaged and no one would buy it - I was so emotional at the end of my pregnancy that I felt bad for an orange! 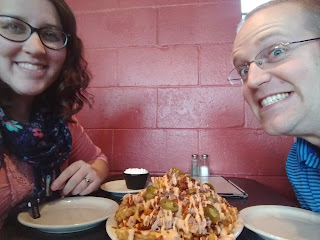 We had fun on our last date as parents of 3 at 9 South Chargrill, home of our favorite pulled pork waffle fry nachos. 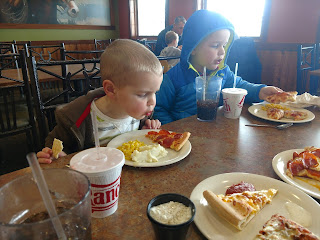 And we also had fun on our last date as a family of 5 at Pizza Ranch. It's getting easier to take the kids to restaurants...it's still a handful and requires a lot of energy, but they (read: Stockton) sit much better in their seats for longer periods of time now, and it's actually pretty fun to go out together. 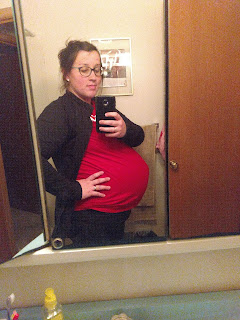 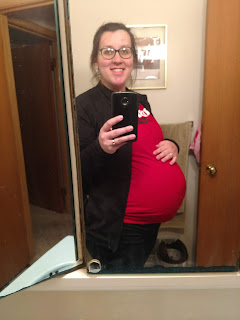 37 weeks...I was so annoyed that I had two weeks left 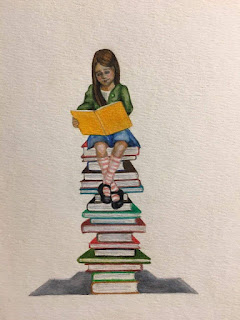 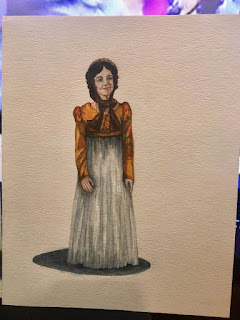 I commissioned my artist friend, Lauren, to draw these pictures of the literary references from our childrens' middle names. Aren't they so sweet? Atticus is my favorite. 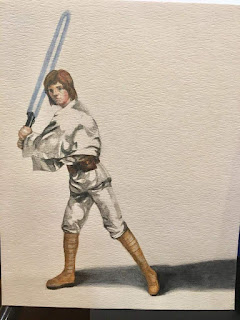 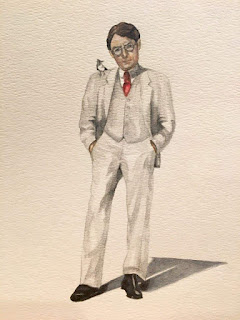 It was fun that the kids actually knew that we were having another baby - Natalie was still a baby herself when Stockton was born, and then she and Stockton were very little when Jack was born too, so there was much less (or no) awareness of what was happening...a baby just sort of showed up. This time they could share in our excitement and anticipation, and it was really sweet. They loved seeing all of the "baby sister" stuff and were eager to meet her.

I was grateful for a healthy pregnancy, and for how much of a presence I felt from this baby. I felt so connected to her and thankful that she was coming to our family. I couldn't WAIT to meet her - we have felt like we had someone else waiting to come down to our family for a long time, and it was so sweet to finally see it come to pass.
Posted by Jessie and Austin at 10:57 PM